Going back to my trip to London… If you read some of my previous posts then you know I am a fan of parks, gardens and nature.  Florida provides the perfect setting for all those things, but I seem to find some of the most beautiful parks and gardens when I travel out of the state of Florida.
All week as I was going back and forth through London in a taxi, we kept passing by St. James’s Park. I made it my goal to take a trip there while in London. Unfortunately since I was there for work, time was very limited, so I did something so out of character…I woke up early!!!! I’m not a morning person, not at all, but gardens, parks and sightseeing are worth everything to me, so I did it, I got out of bed at 7:15 am and took the tube from Kensington to St. James’s Park and it was probably the most memorable experience of the trip for me. 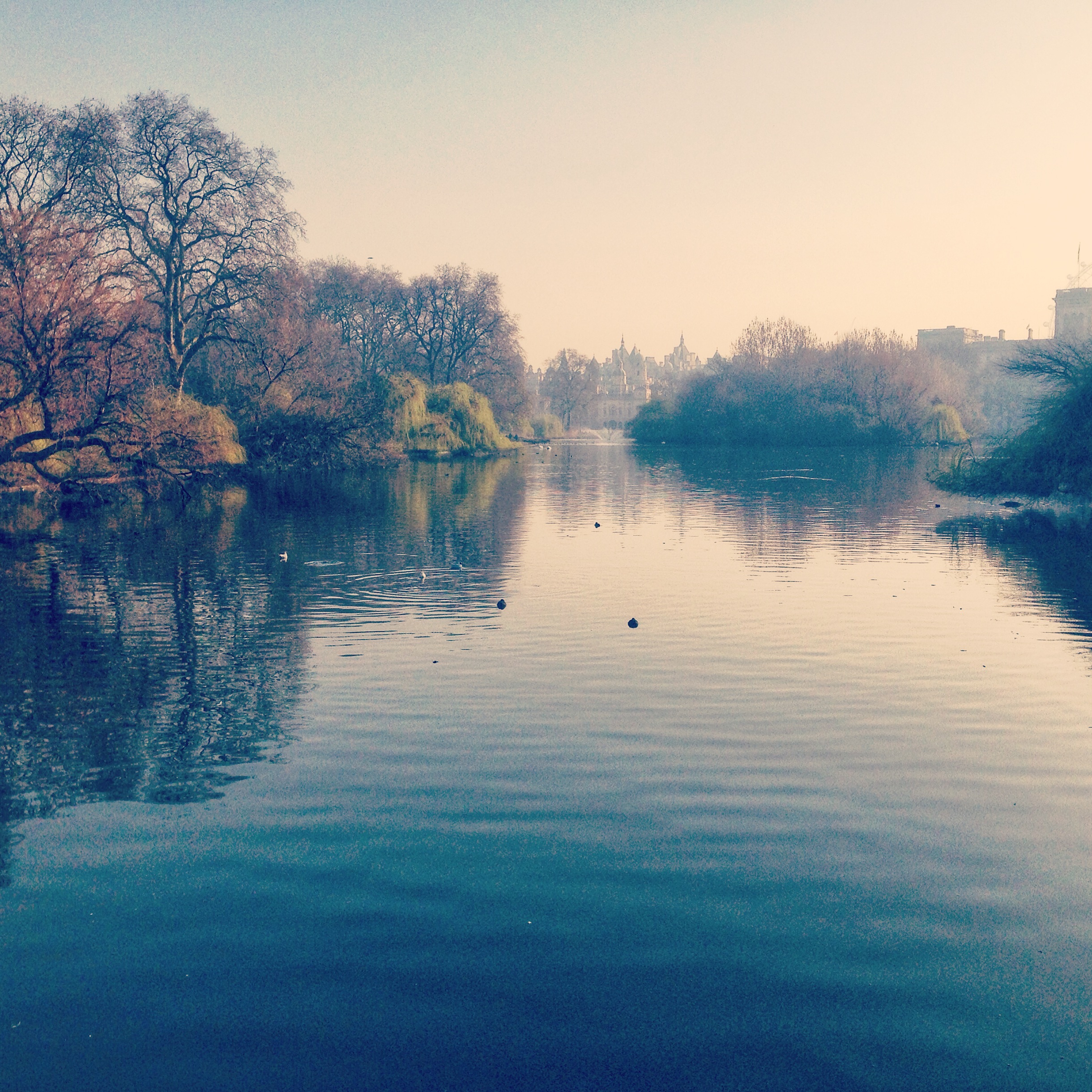 First of all, I got to the tube station right at rush hour, oh my my my. The train pulled up to the station and it was so crammed with people I thought for sure when the doors open people would come toppling out. No, instead the doors opened and a blast of warm air hit me in the face. Ew! I was thinking, should I try to squeeze into this train to wait for the next? I chose to squeeze. I crammed myself in as the doors were closing and found myself pushed up against a guy reading the morning newspaper. I was so close to the paper I could smell the ink and I was afraid he was going to smack me in the face every time he turned the page. I had to go three stops, so it wasn’t too bad, but I’m an anxious person my nature so at each stop as people pushed in tighter and tighter, I began to worry about how I was going to exit the train since the platform was on the opposite side from me. Luckily, newspaper guy got off at the same stop as me, and obviously used to rush hour trains, so he was able to push his way through and I closely followed behind him. 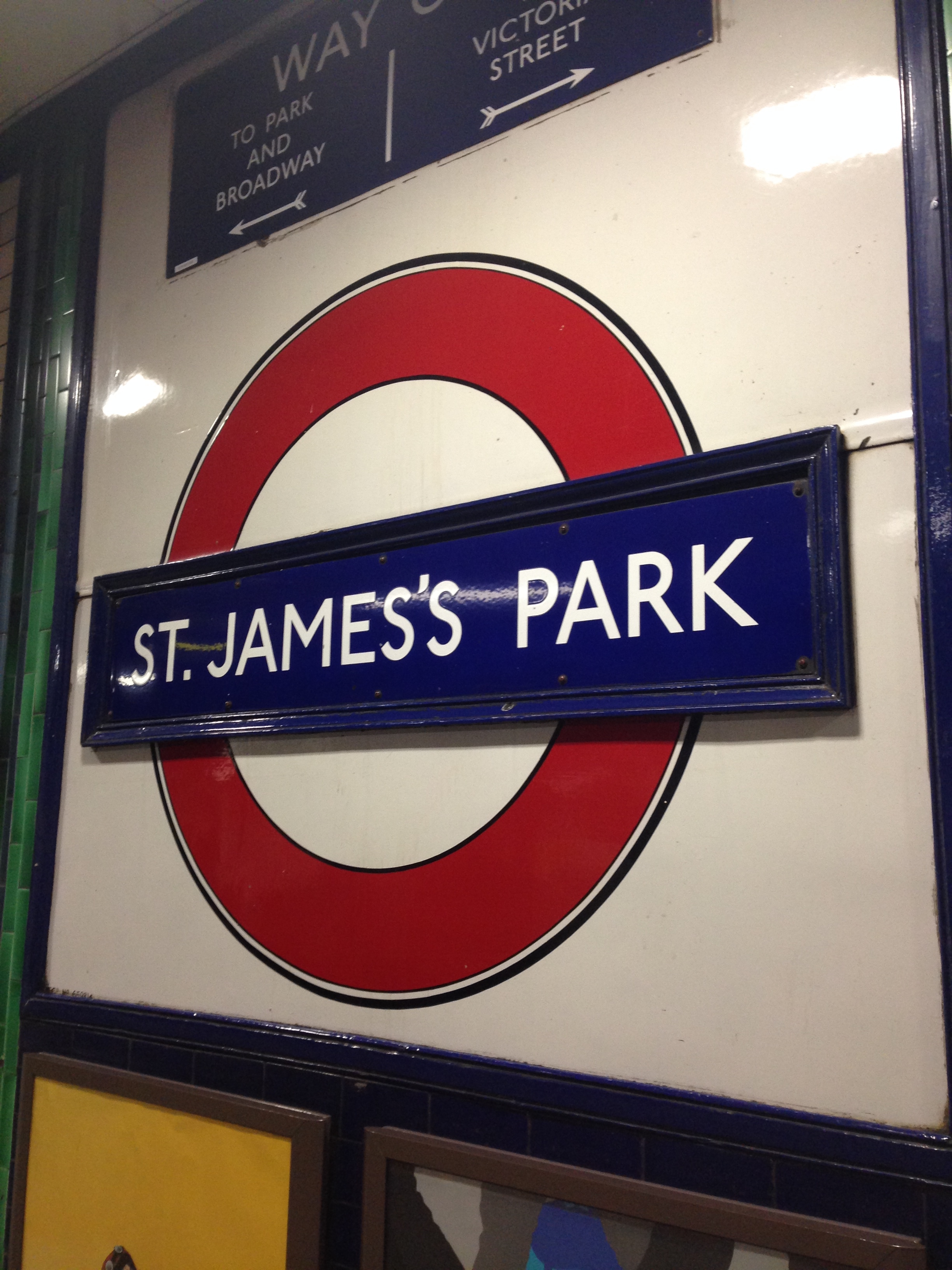 Ok, made it to the station, but now I had to pull out my tourist map and find out which road to take to get to the park. 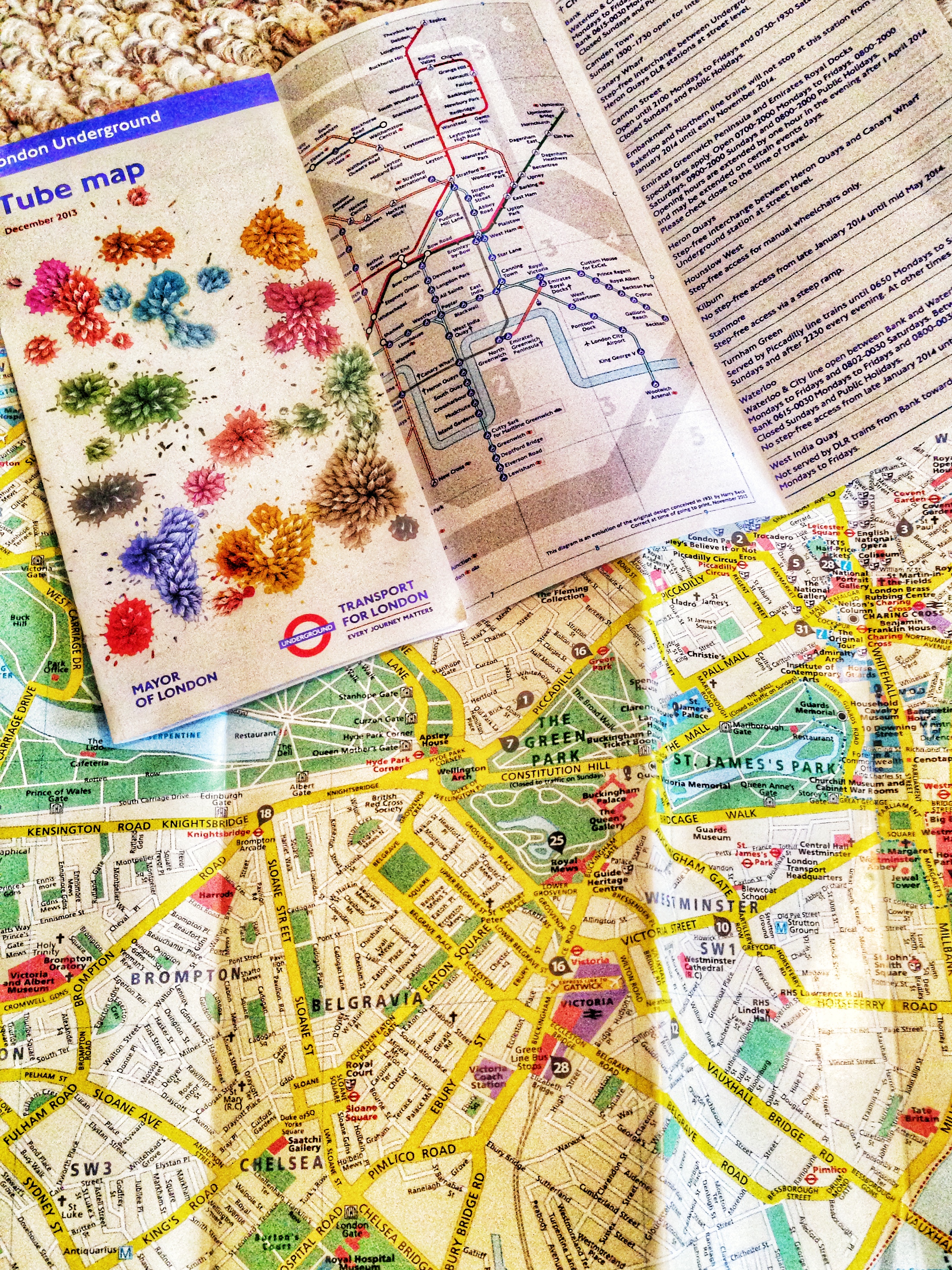 Of course I started off going the wrong way but it didn’t take me long to figure out where to go. I had to cross a few streets to get to the park.  A few streets, that sounds easy, right? Nope, not in London, it is scary.  I don’t completely understand their traffic rules, but I do know that pedestrians definitely don’t have the right of way. Soon I found my way to the park! I gave out a sigh of relief, I made it!!
I’m actually becoming quite confident in my public transportation skills and it is so much easier to than taking a taxi. The curves, bumps and constant traffic of the London streets make me so car sick. 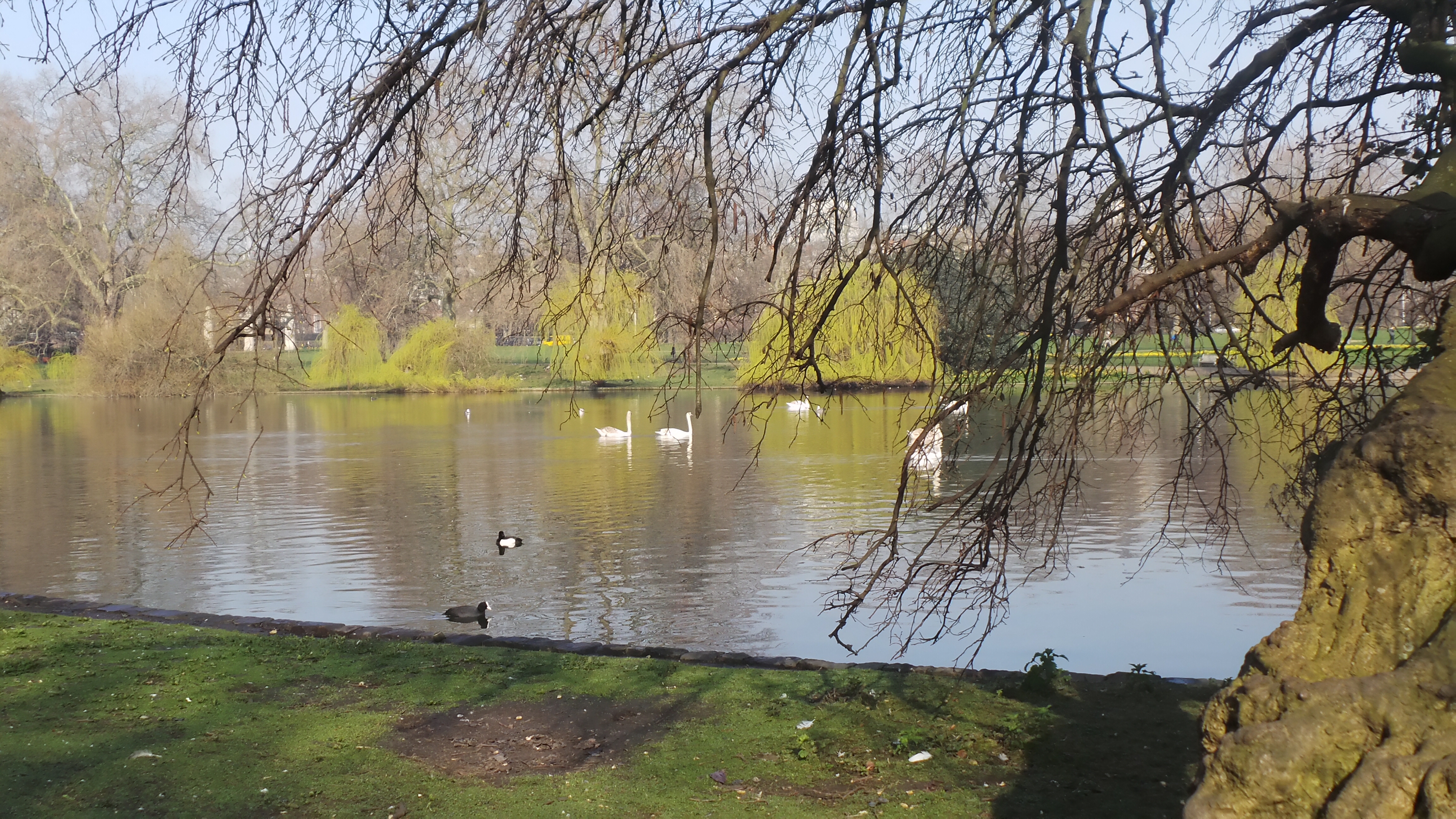 The park is one large circle around a lake. To my left was Buckingham Palace, which I could see in the distance between a few trees.  To my right, I could see the London Eye and Big Ben. I decided to go towards Buckingham Palace and then make my way around the whole park. I was amazed at how few people there were which made it easy to get some great pictures. I always get so frustrated when people walk right into my photo. I’ve seen Buckingham Palace a few times but it was nice to be able to get some photos without thousands of people standing in front of the gates. 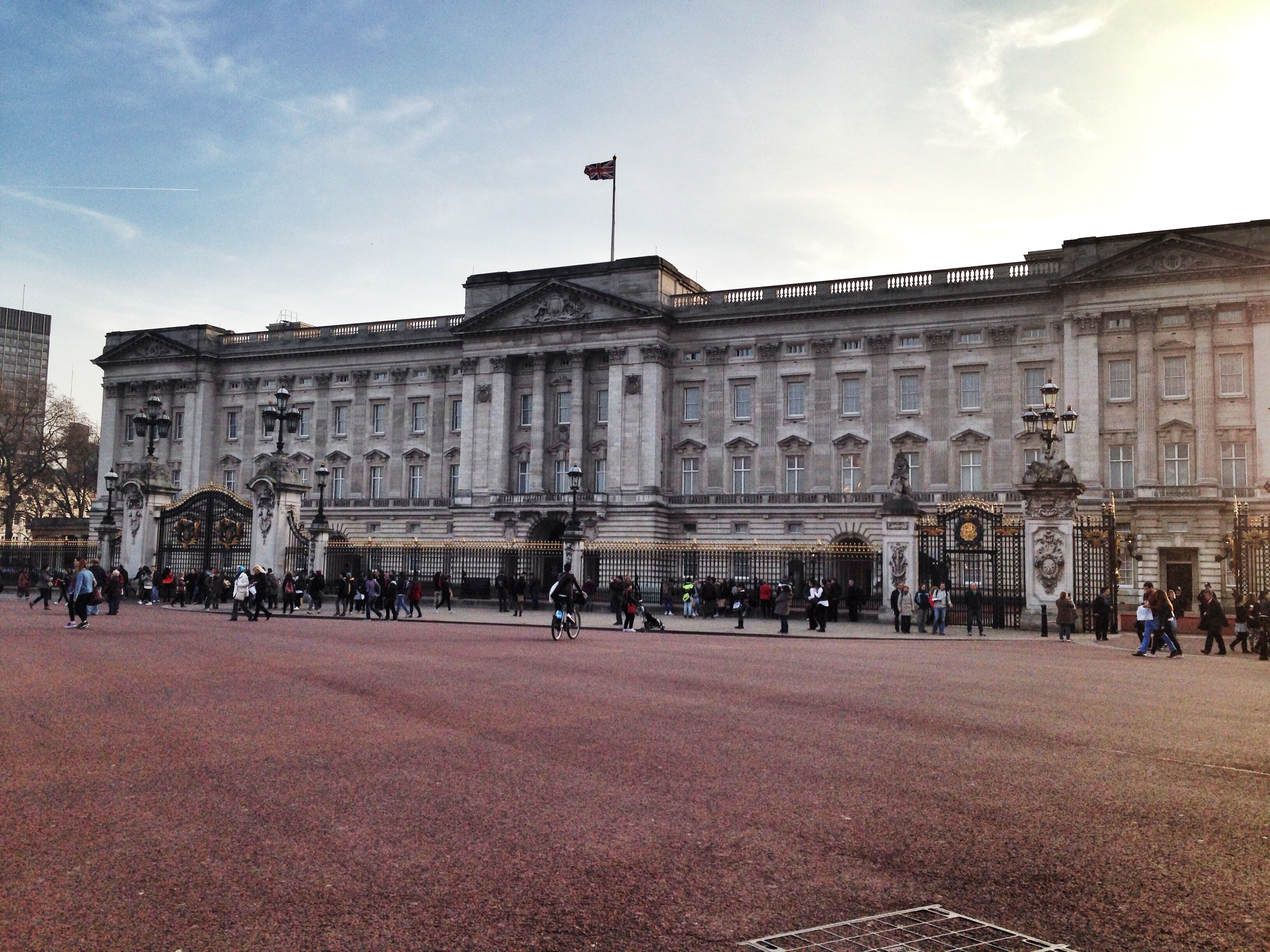 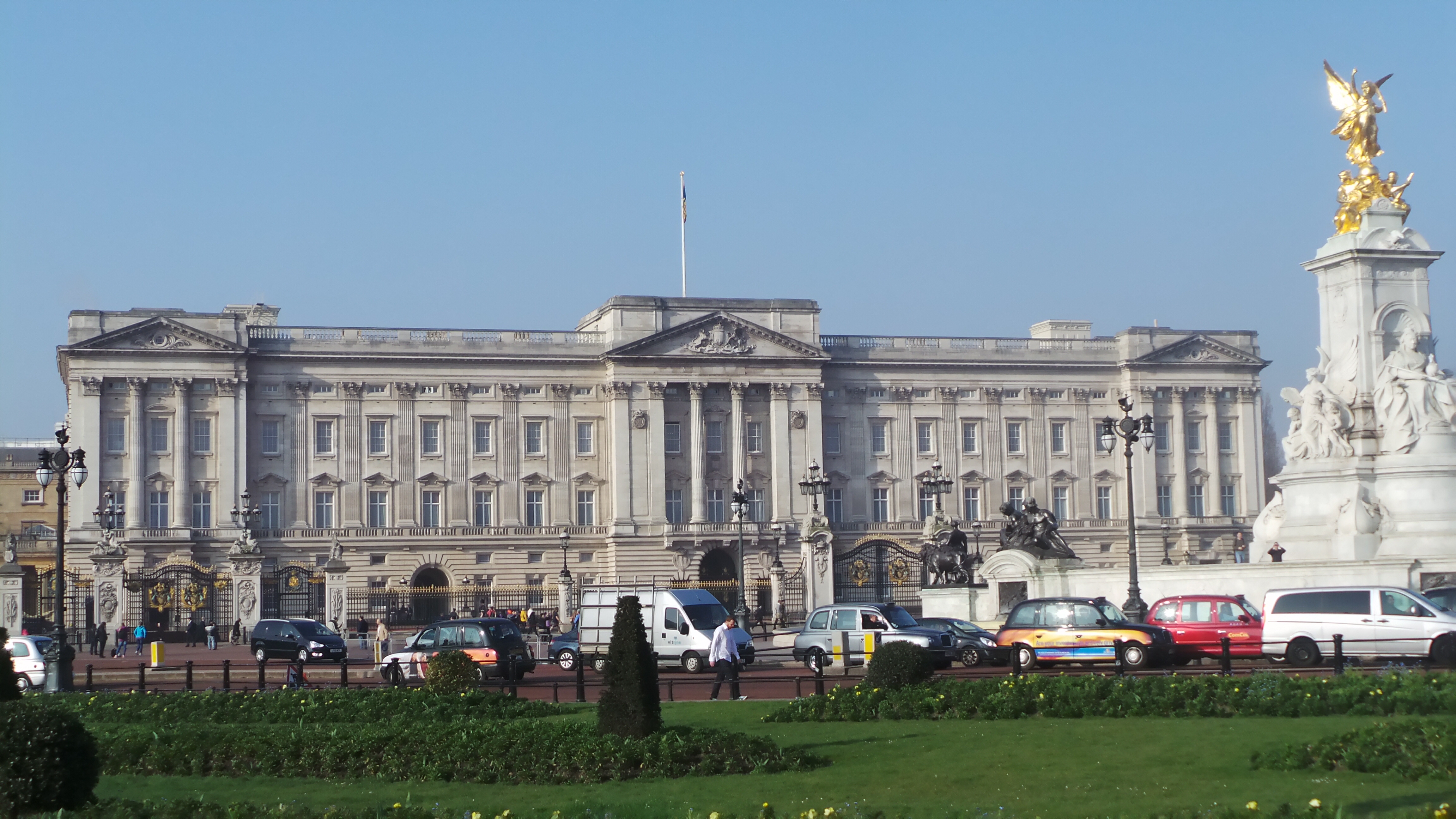 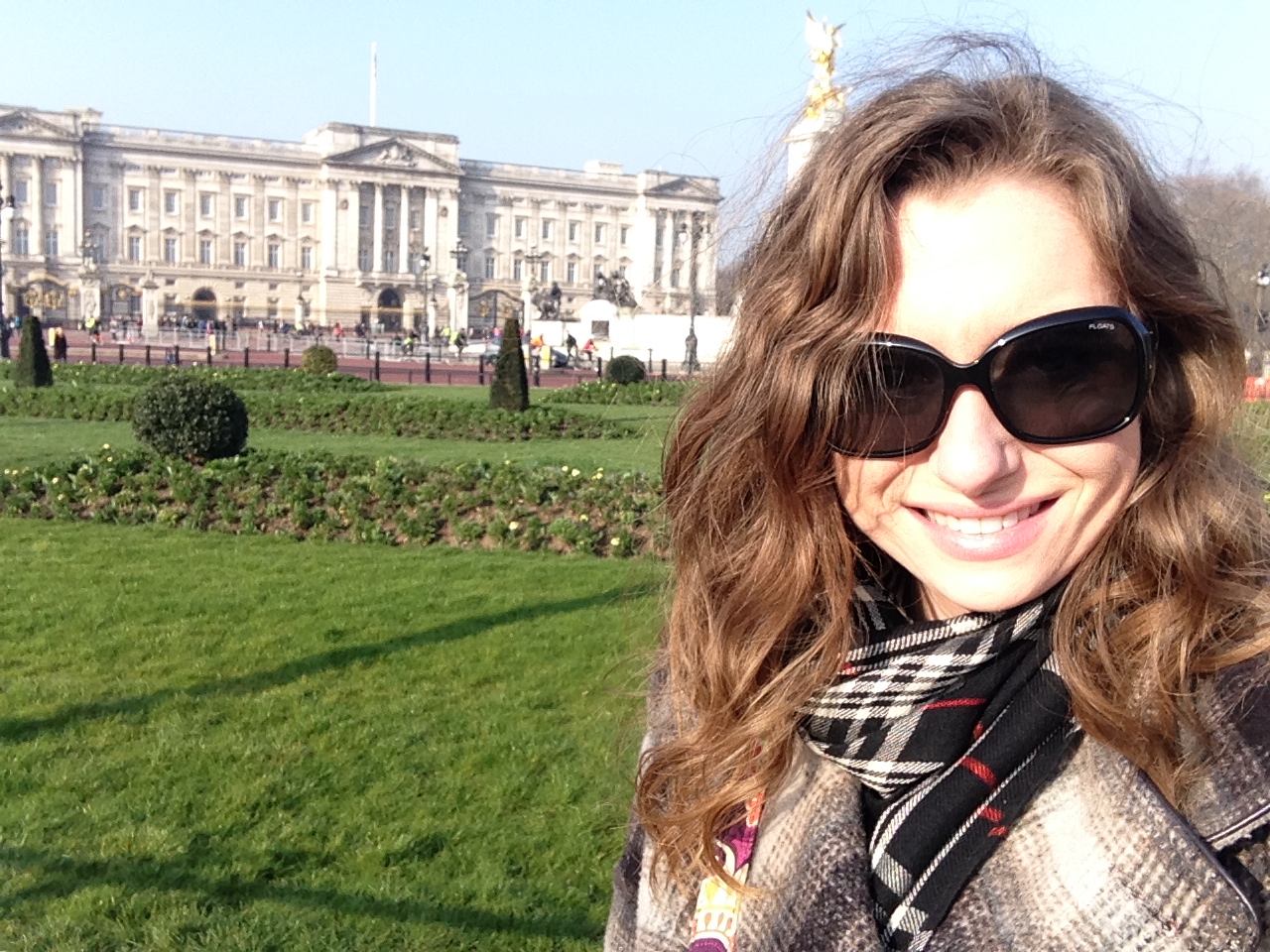 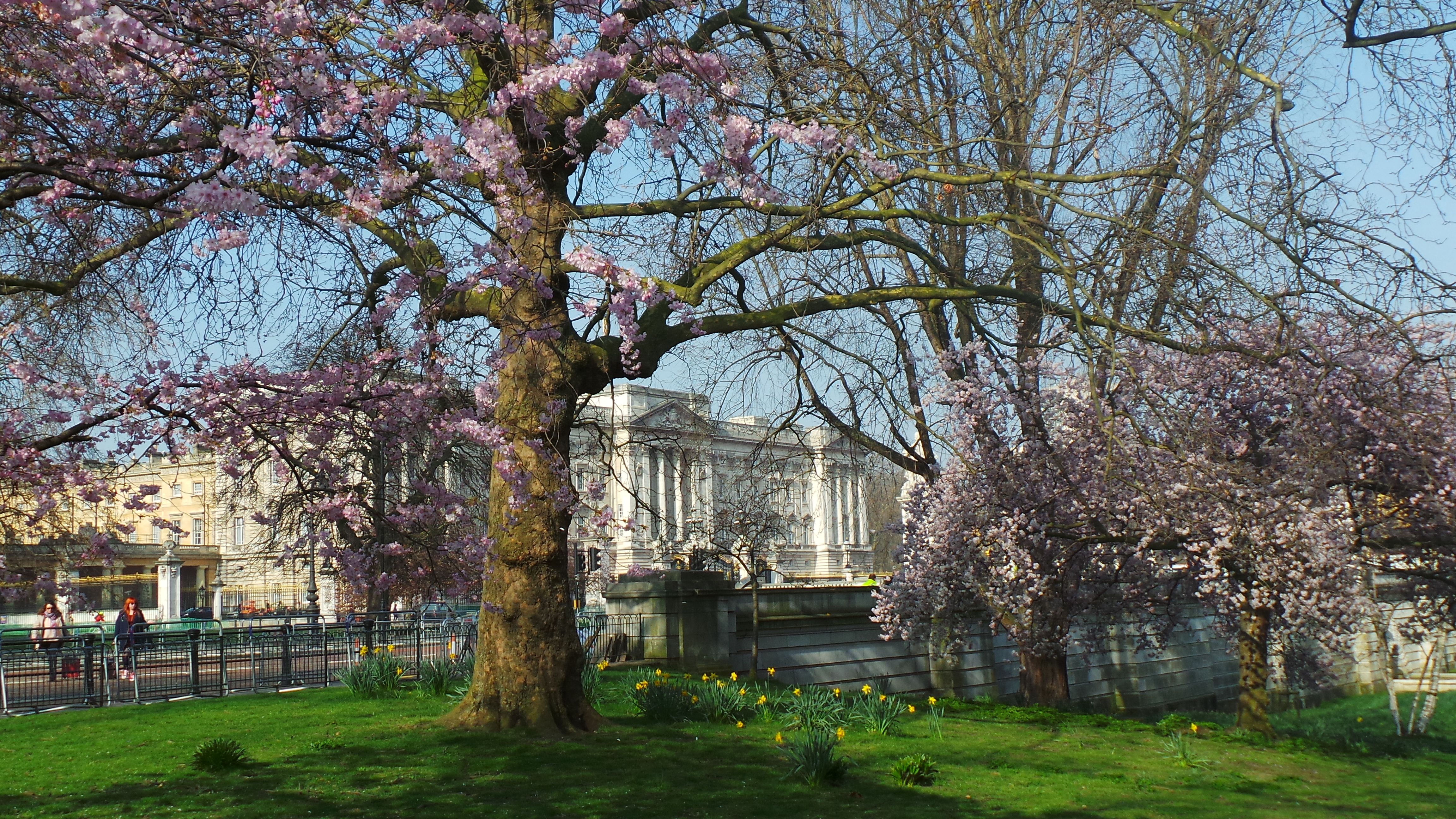 I got a few good ones, okay a lot, and then I turned to see Big Ben faintly in the background behind me. It was surreal. 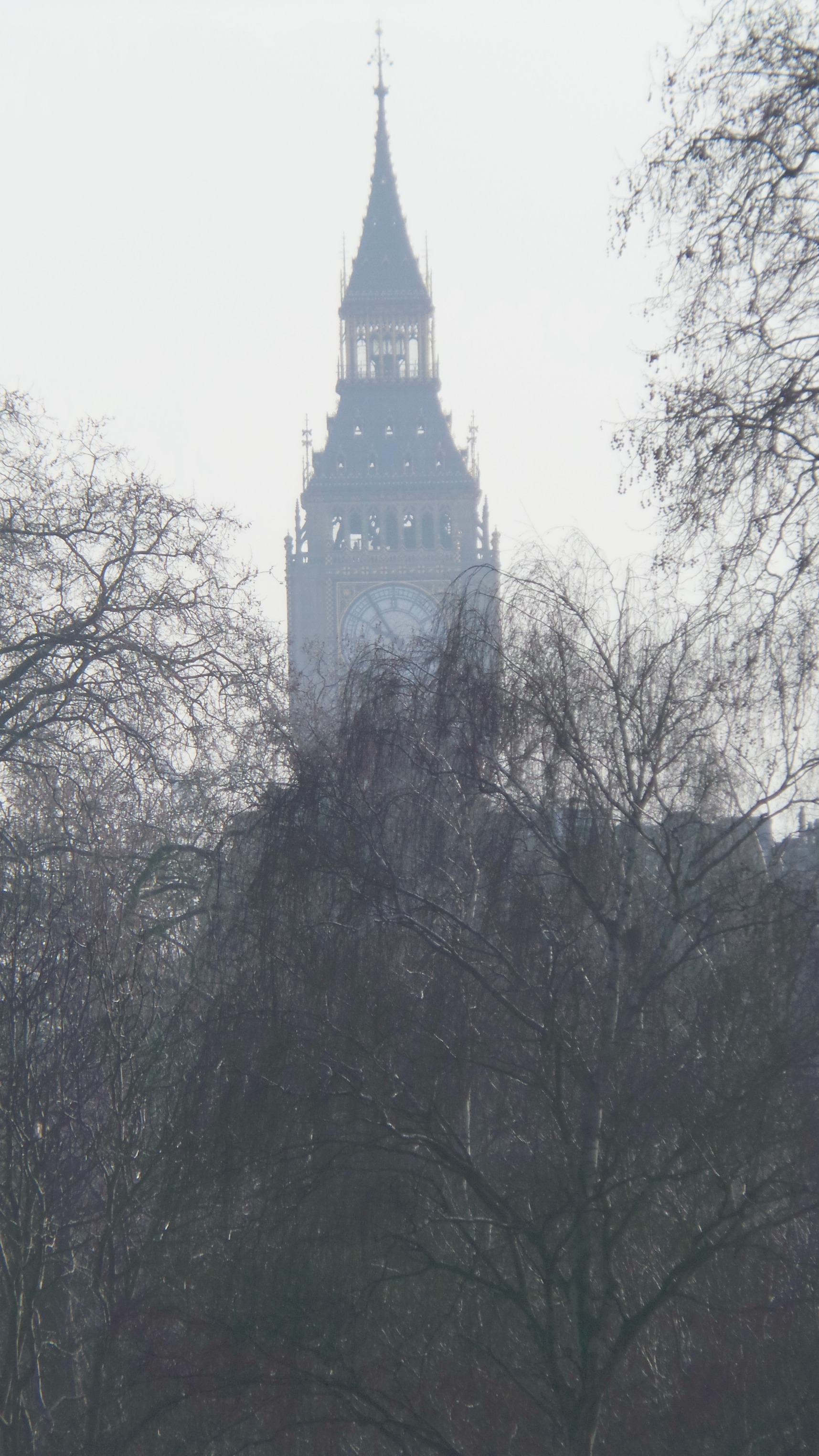 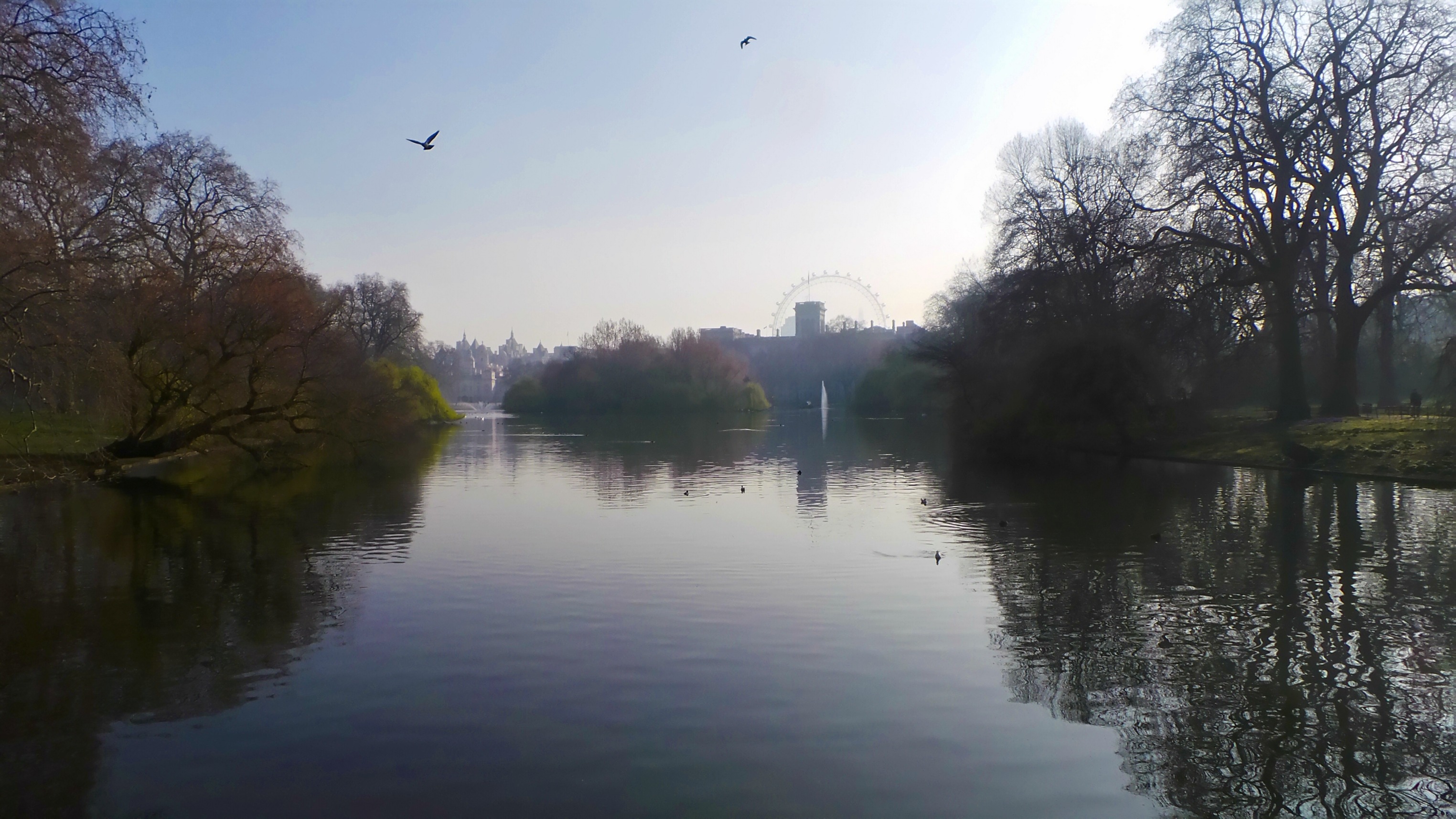 As I was walking back down into the park, the sound of sirens caught my attention. They had stopped traffic in front of the palace and soon several black vehicles with darkly tinted windows made their way into the street, surrounded by several police on motorcycles. I figure it must have been someone important. Maybe the Queen?? Right place, right time I guess. 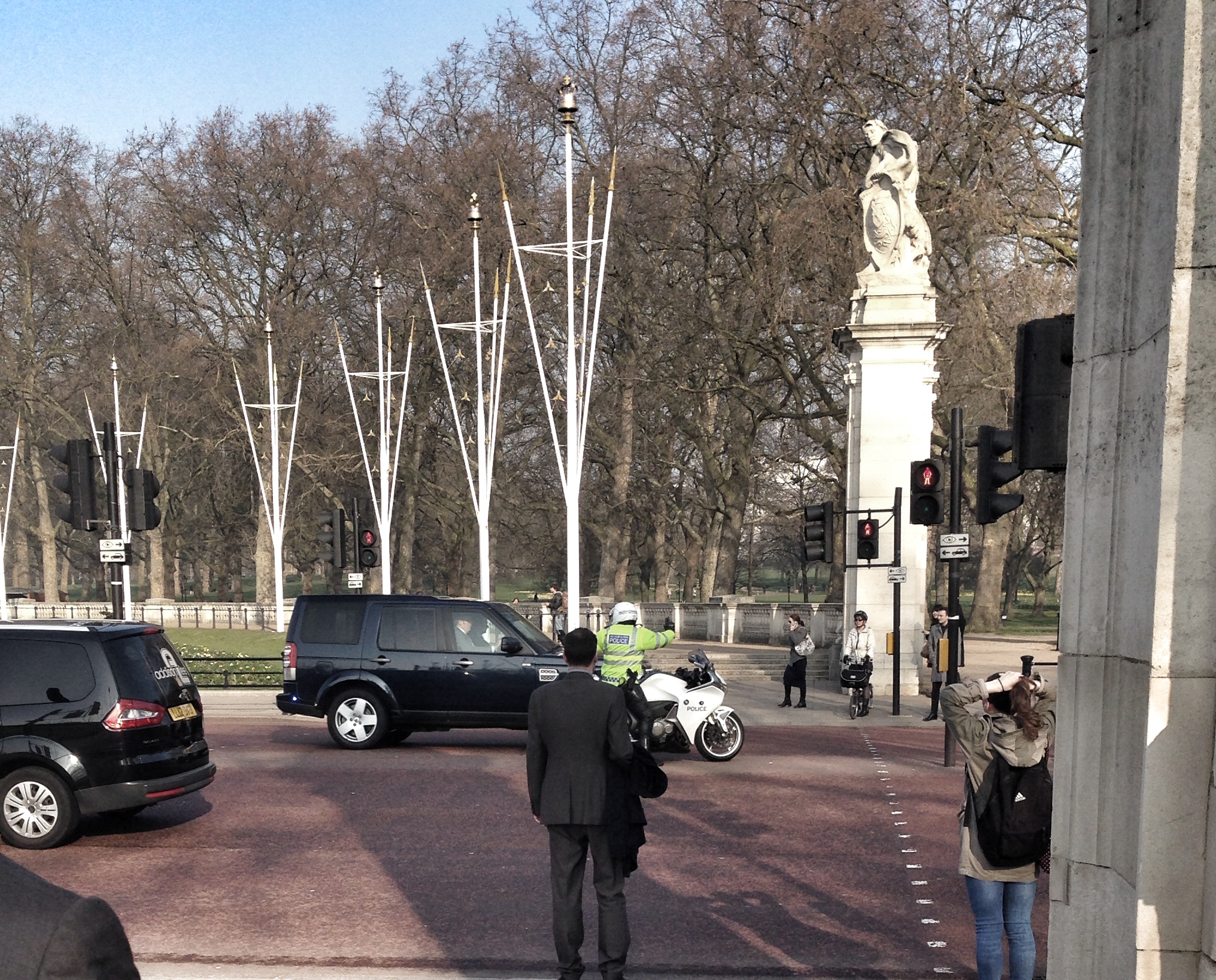 Now it was time to enjoy the park. For some reason I always feel like I am in a hurry, so I had to remind myself a few times to slow down. I got up early for a reason, so I would have enough time to leisurely stroll.  It was so nice to walk by and see swans bathing in the water, pelicans sunning themselves on the rocks and ducks resting on the banks. 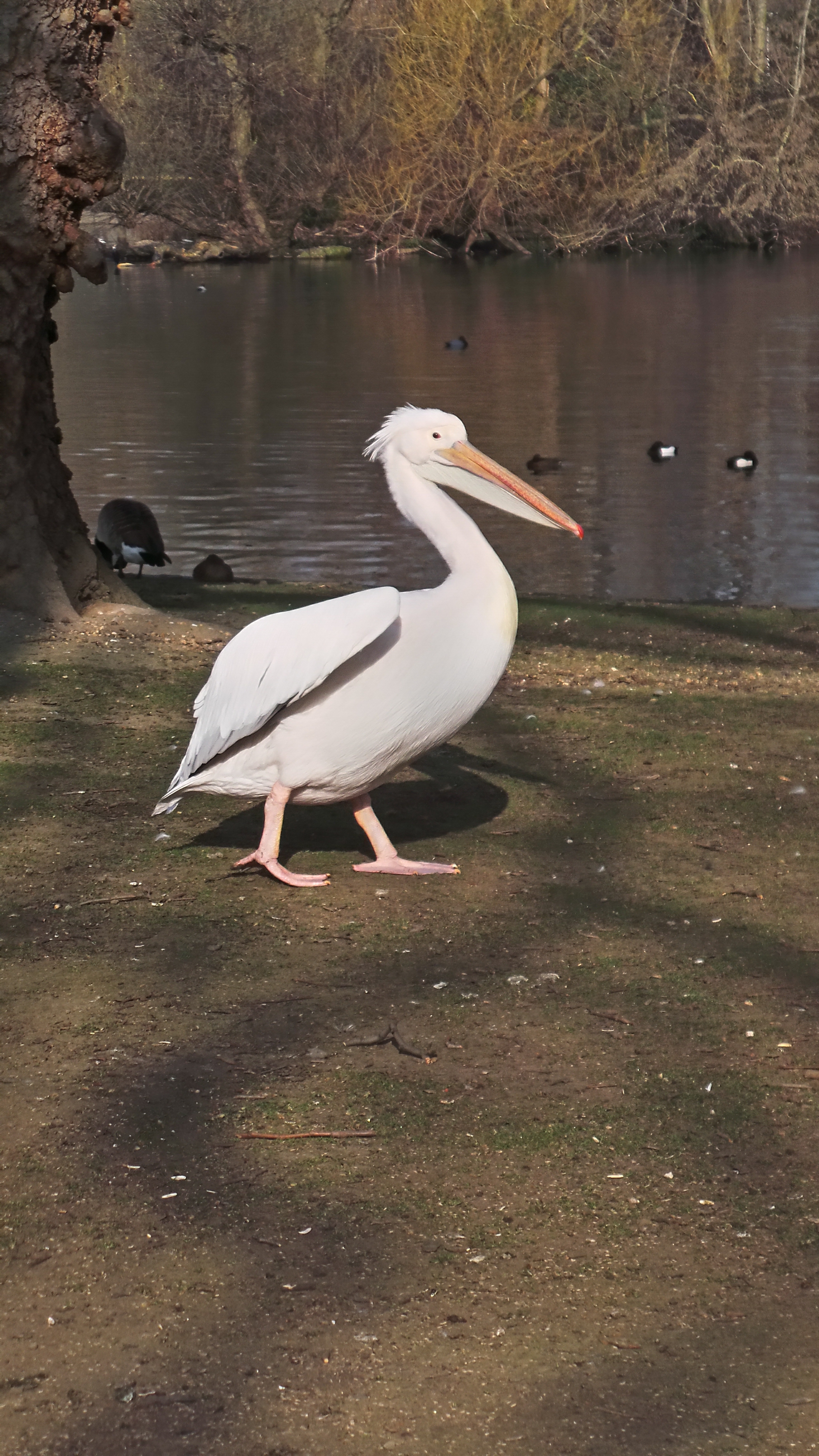 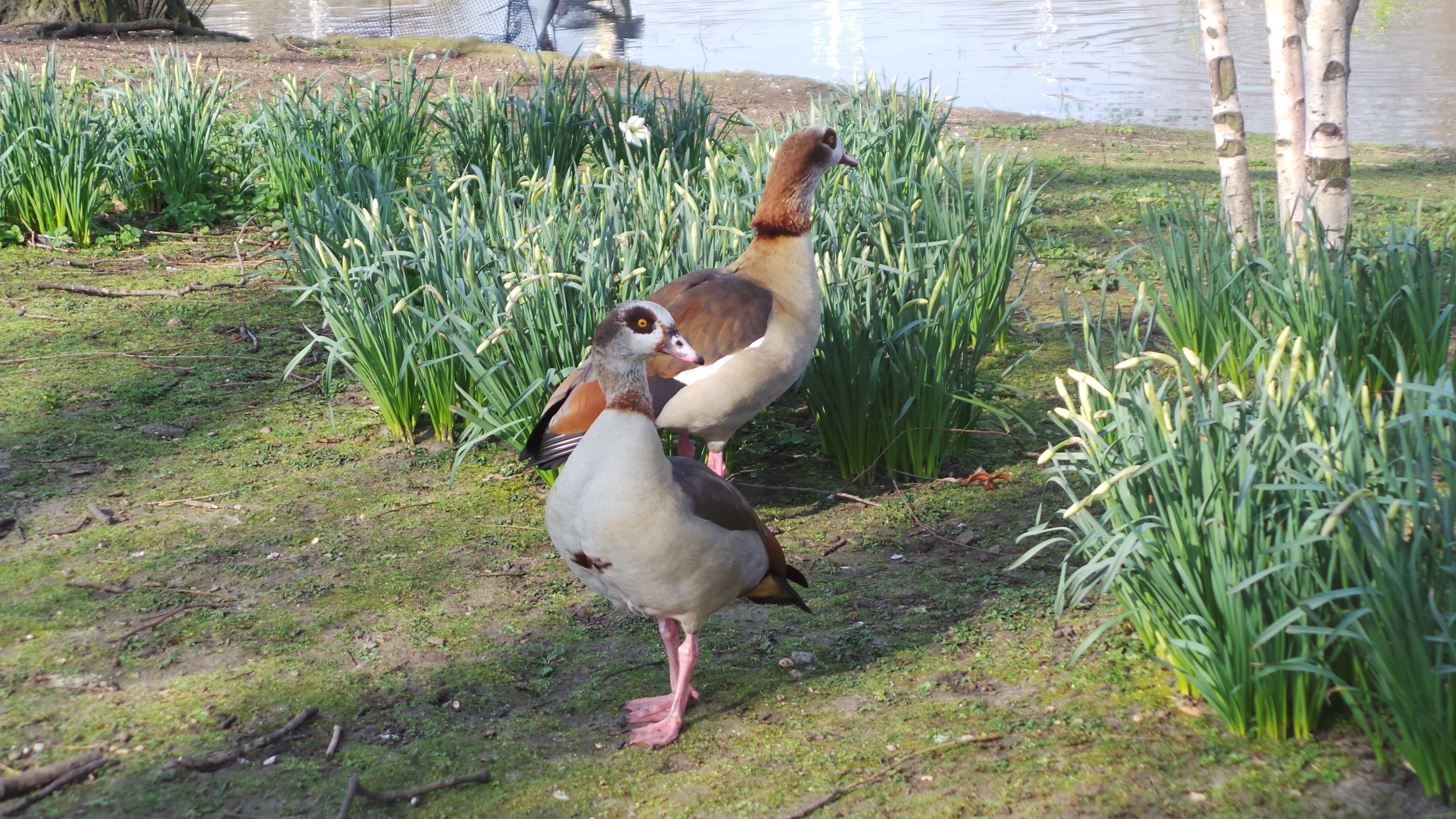 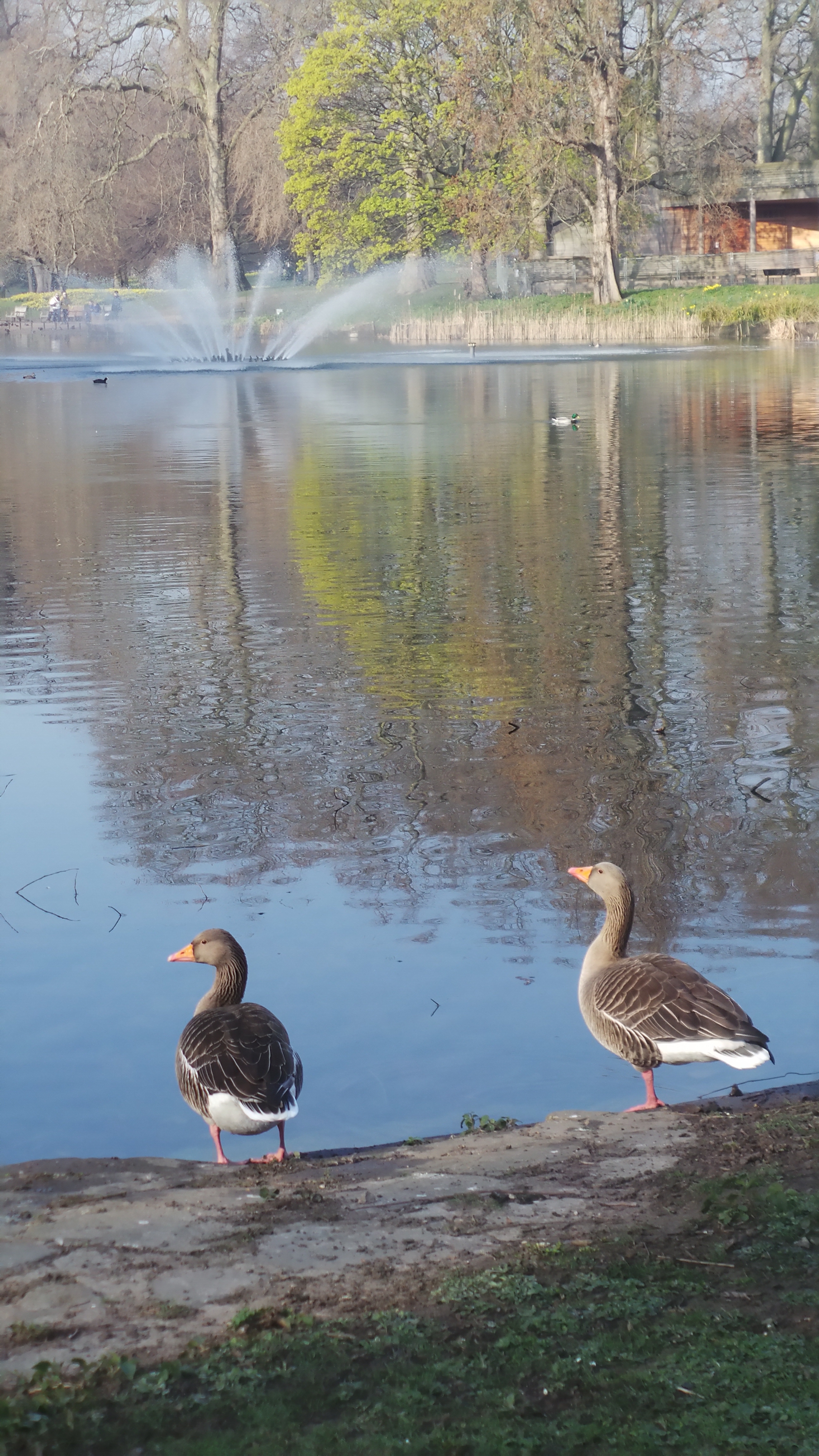 The only thing I didn’t like were the squirrels. I’m deathly afraid of squirrels because in college they used to throw acorns at me and laugh. Evil little things!! The squirrels in London are even scarier because they are so fat. The squirrels in Florida are so thin, I guess because it’s always swimsuit season in Florida. 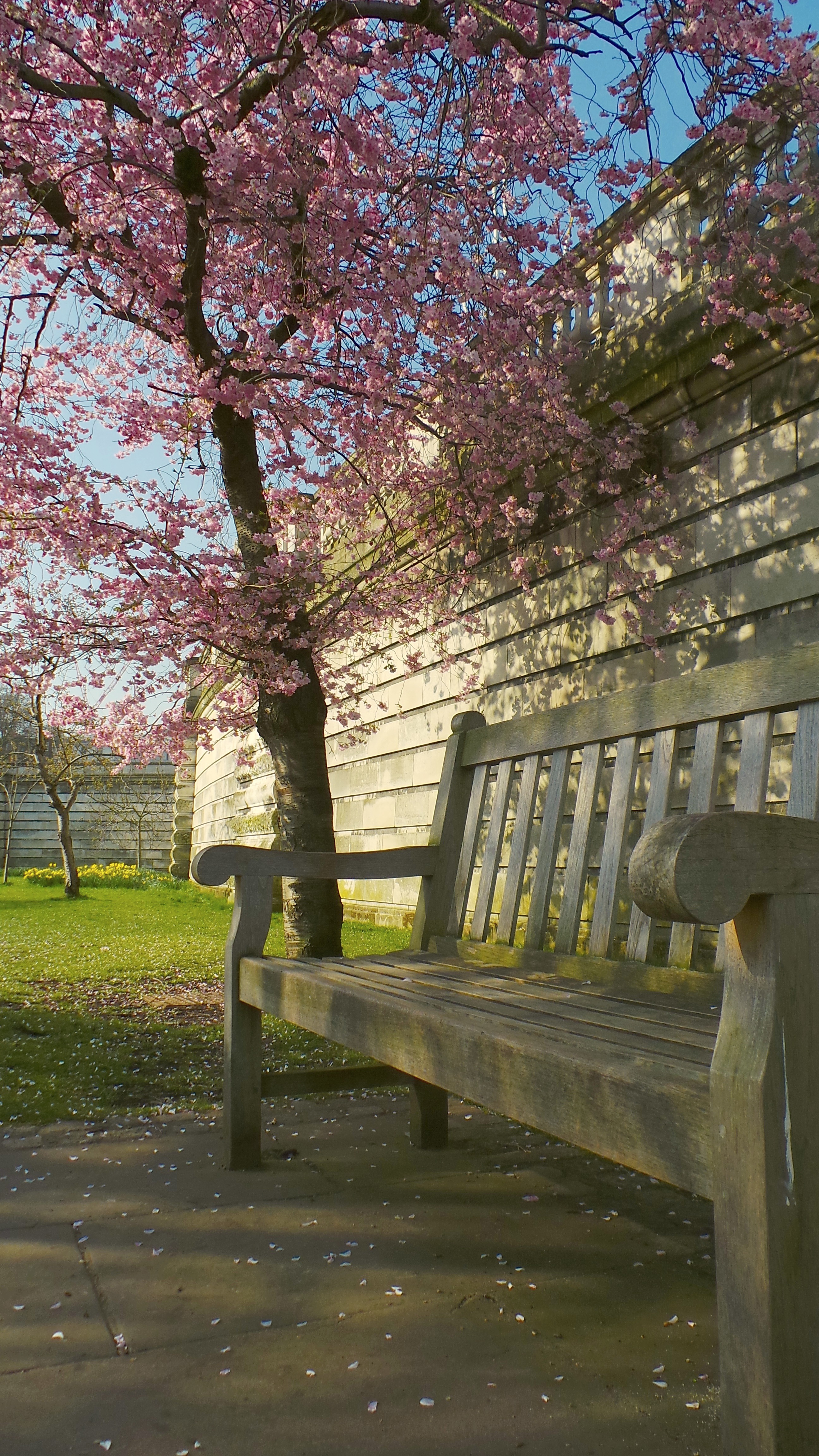 I walked around the bend and found a bench.  I sat for a bit to relax and just take it all in.  The colors of the trees and the reflections on the water were stunning.  I sat there until it got too cold for me. After about two and a half hours in the park it began to get a little bit more crowded and my stomach started to growl. I figured it was probably time to go back and get ready for my meetings.  The beauty that surrounded me was mesmerizing.  It cleared my mind and I was completely relaxed.  I would have loved to have taken over that bench all day, while sitting back with a cup of coffee, or tea, and enjoying a good book. 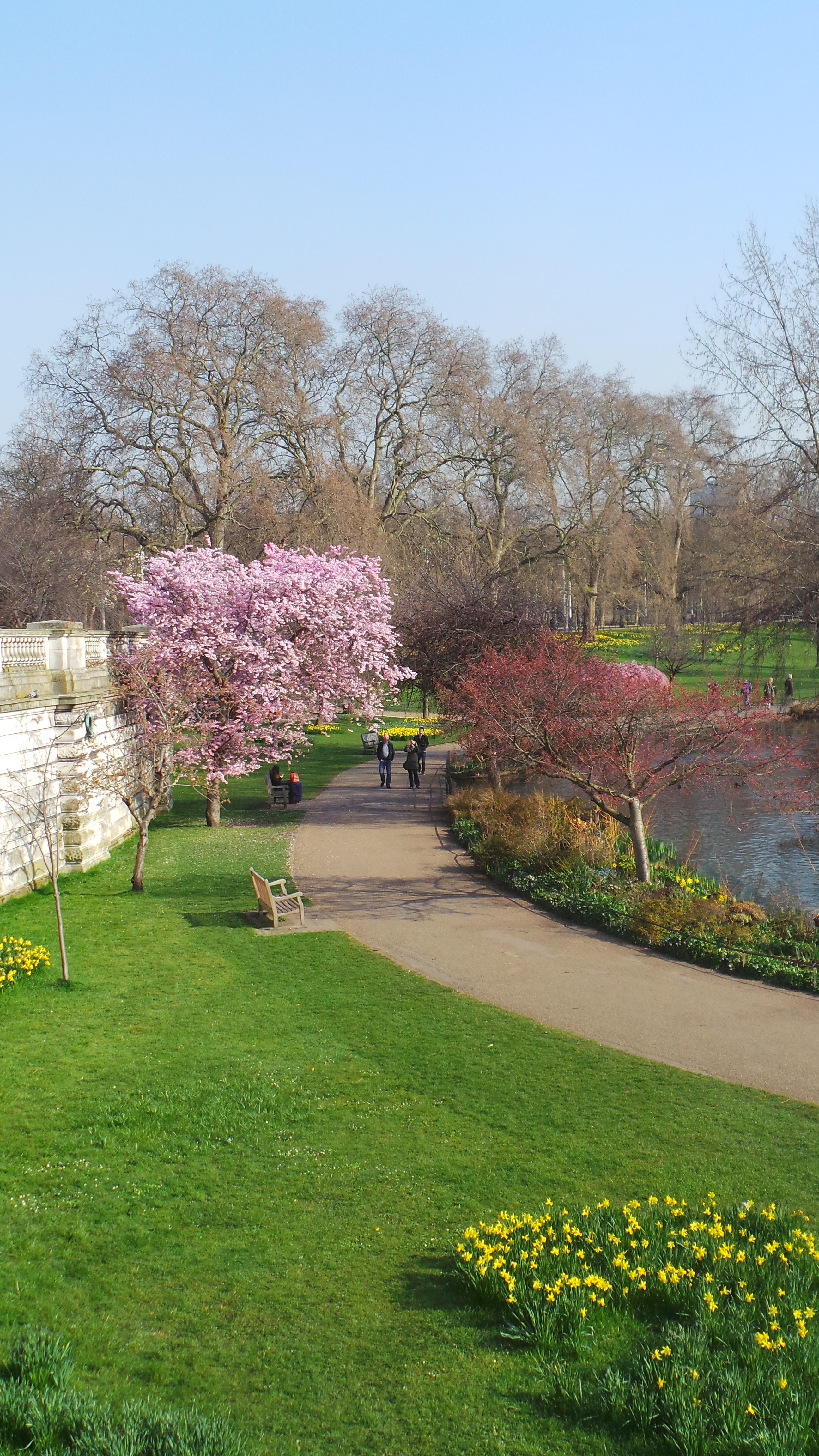 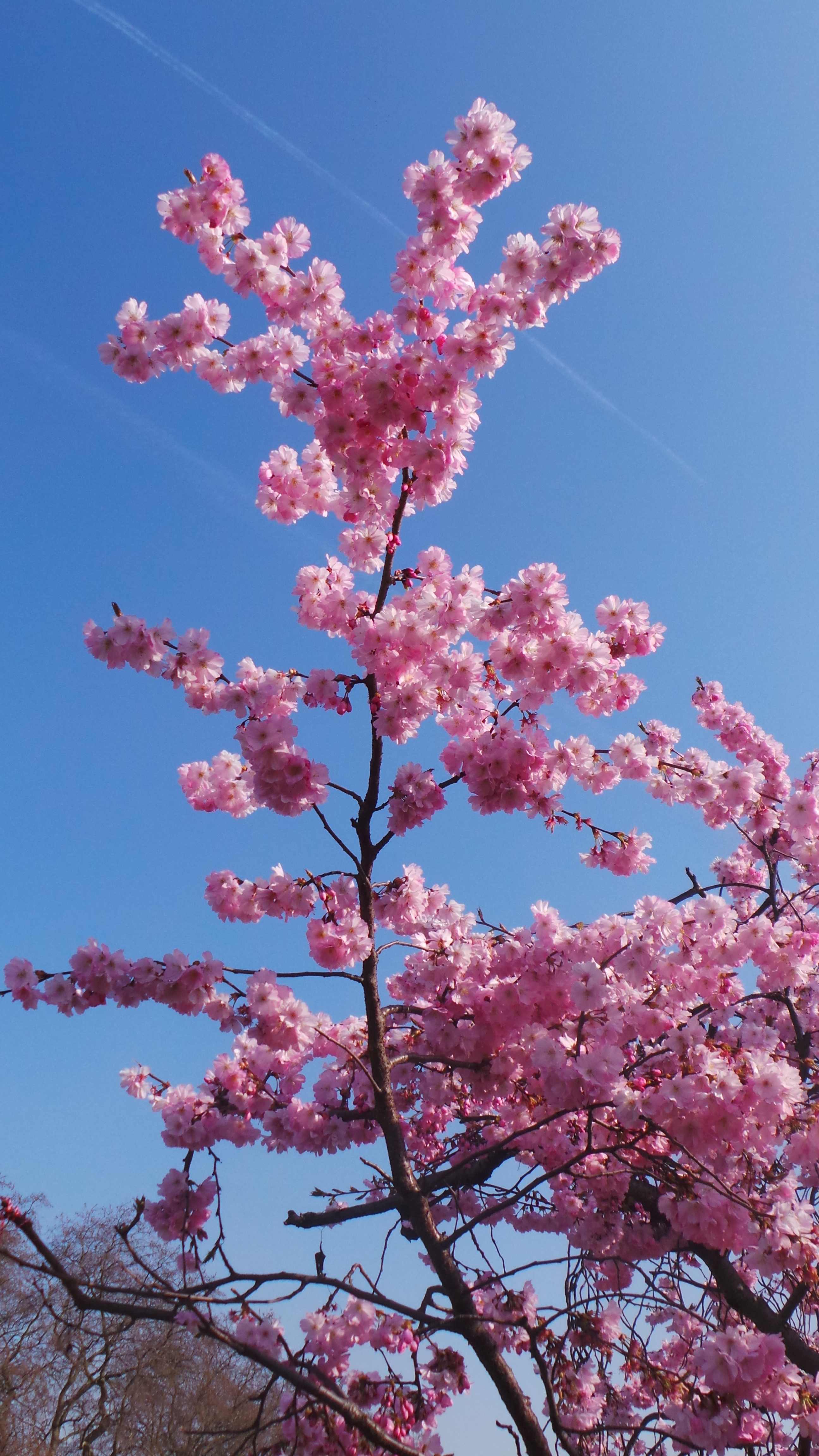 I was so happy I got up early to do that. My recommendation for anyone traveling in London, if you want to get a great view of some of the sights, go early. And, if you want to save money, take the tube.
Cheerio…Missing London! 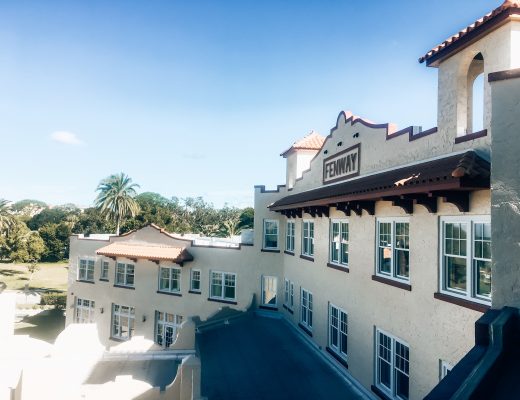