Journey Back in Time to the 11th Century

Let me take you on a journey, back in time, to the 11th Century… 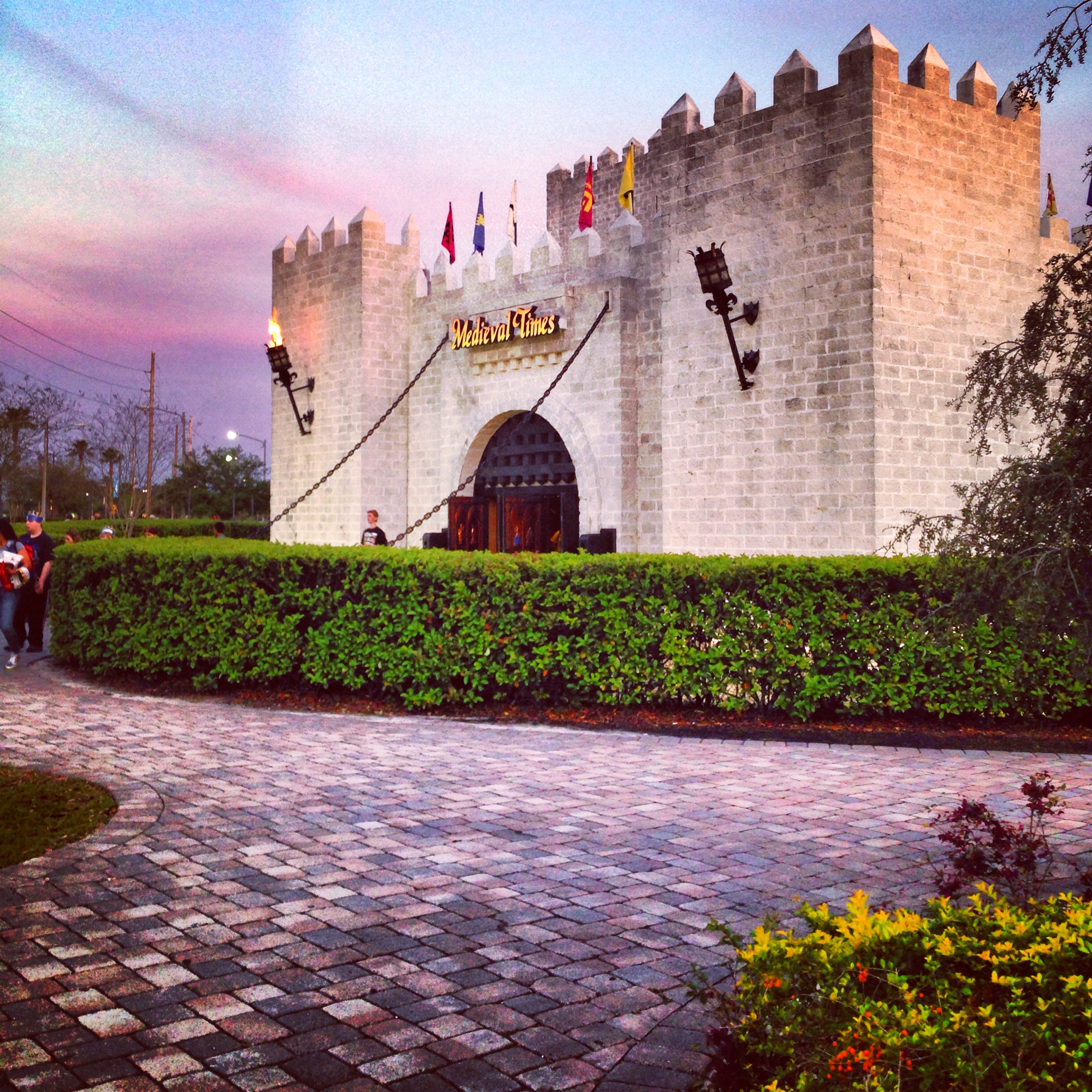 We pulled up to the gates of the Medieval castle, crossed over the drawbridge and made our way through the royal hall of Medieval Times to the medieval village. 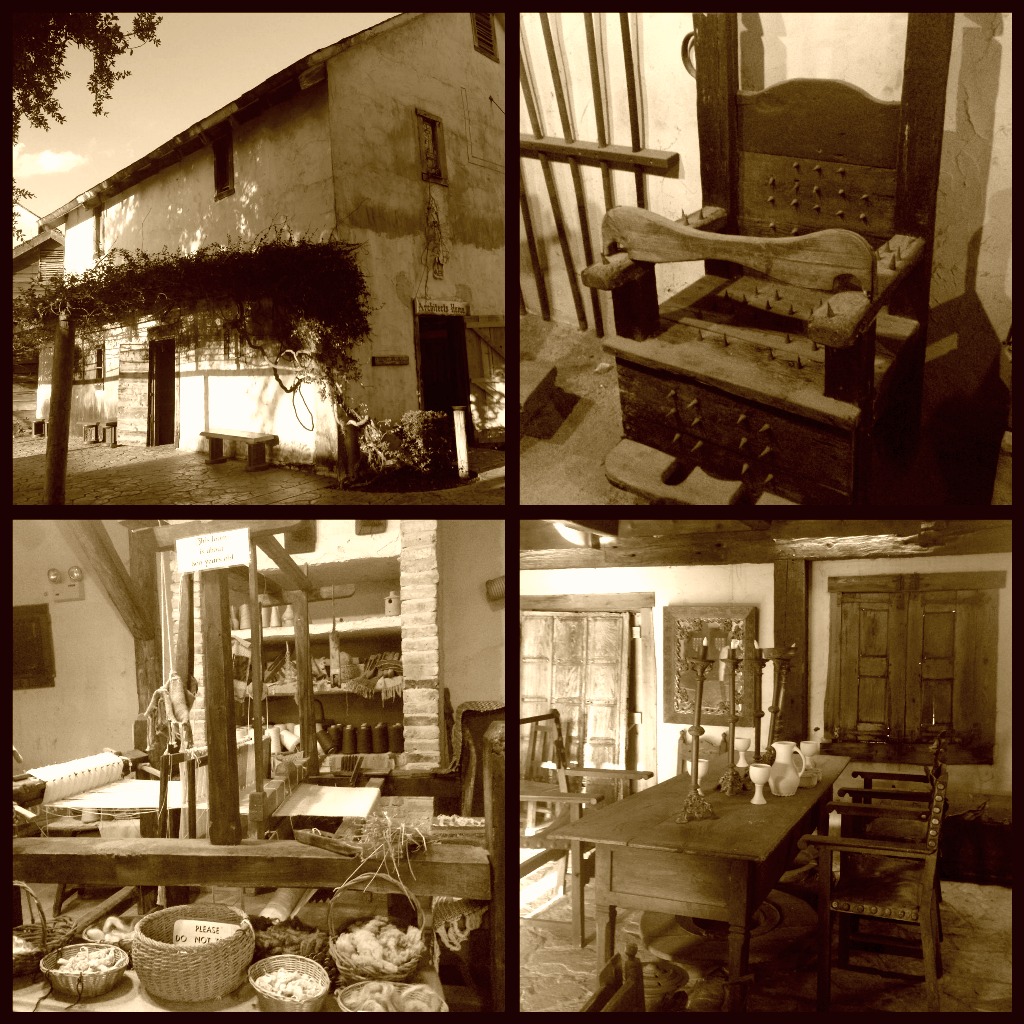 The Medieval Times castle, in Kissimmee, FL, is the only one which features the medieval village, home to many ancient artifacts and tools, some dating back 500 years.   The historical element of the village truly intrigues me.  I’m a huge history buff and I always love learning about how people lived before us, many years ago.  I try to imagine how life must have been way back when.  I tend to picture it being simpler, but I’m sure they had their challenges just like we have today.  Maybe similar to our little anxiety attacks when our smart phones die, or maybe not?
The last stop in the village was the dungeon, I wasn’t sure we were going to make it out alive.  Some of those ancient torture devices are a little (or a lot) creepy!!!
But, we made it out, just in time for dinner to be served.  We took our seats in the arena and waited for the show to begin.  As you will notice, no utensils.  Apparently, utensils were not used back in Medieval times. 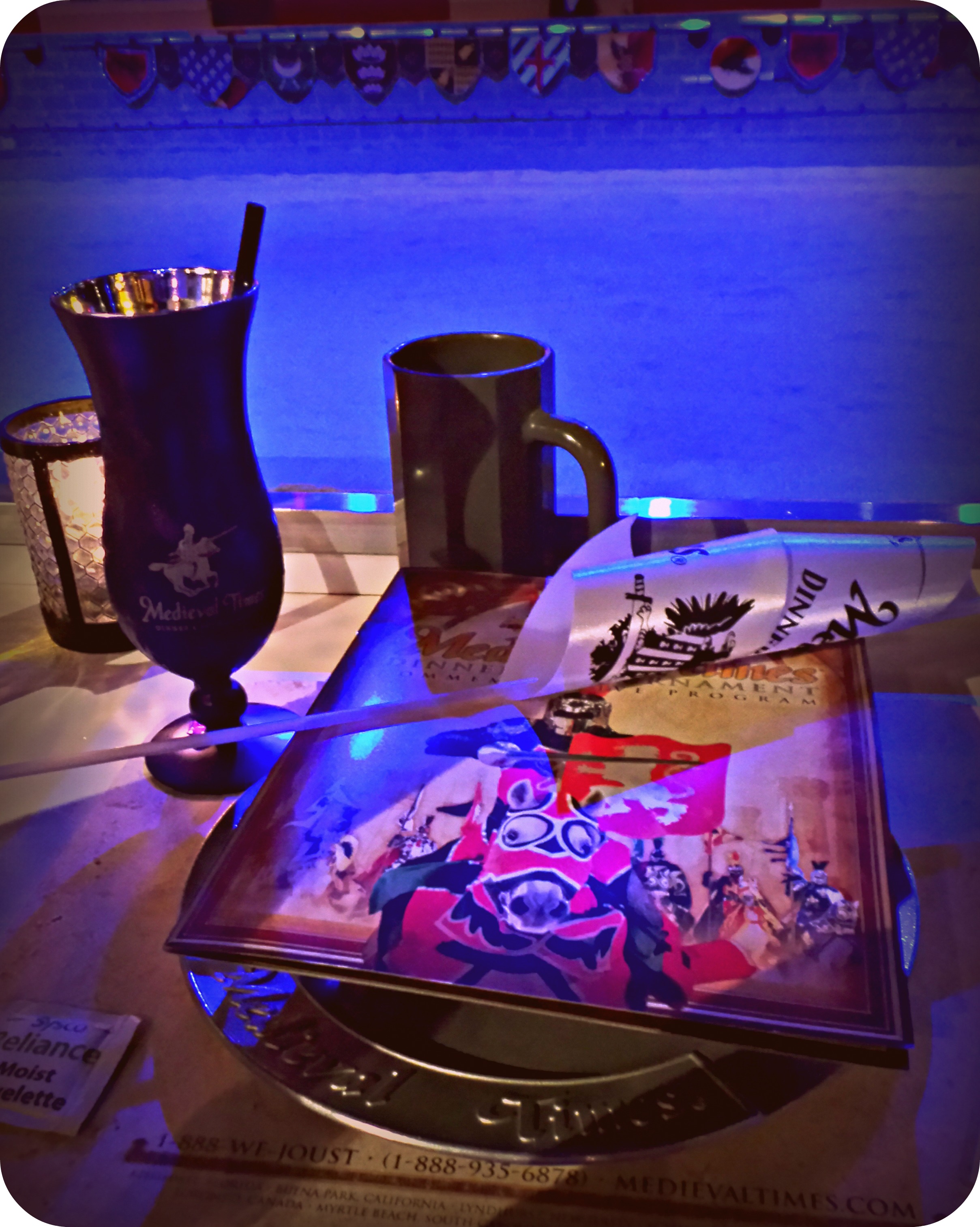 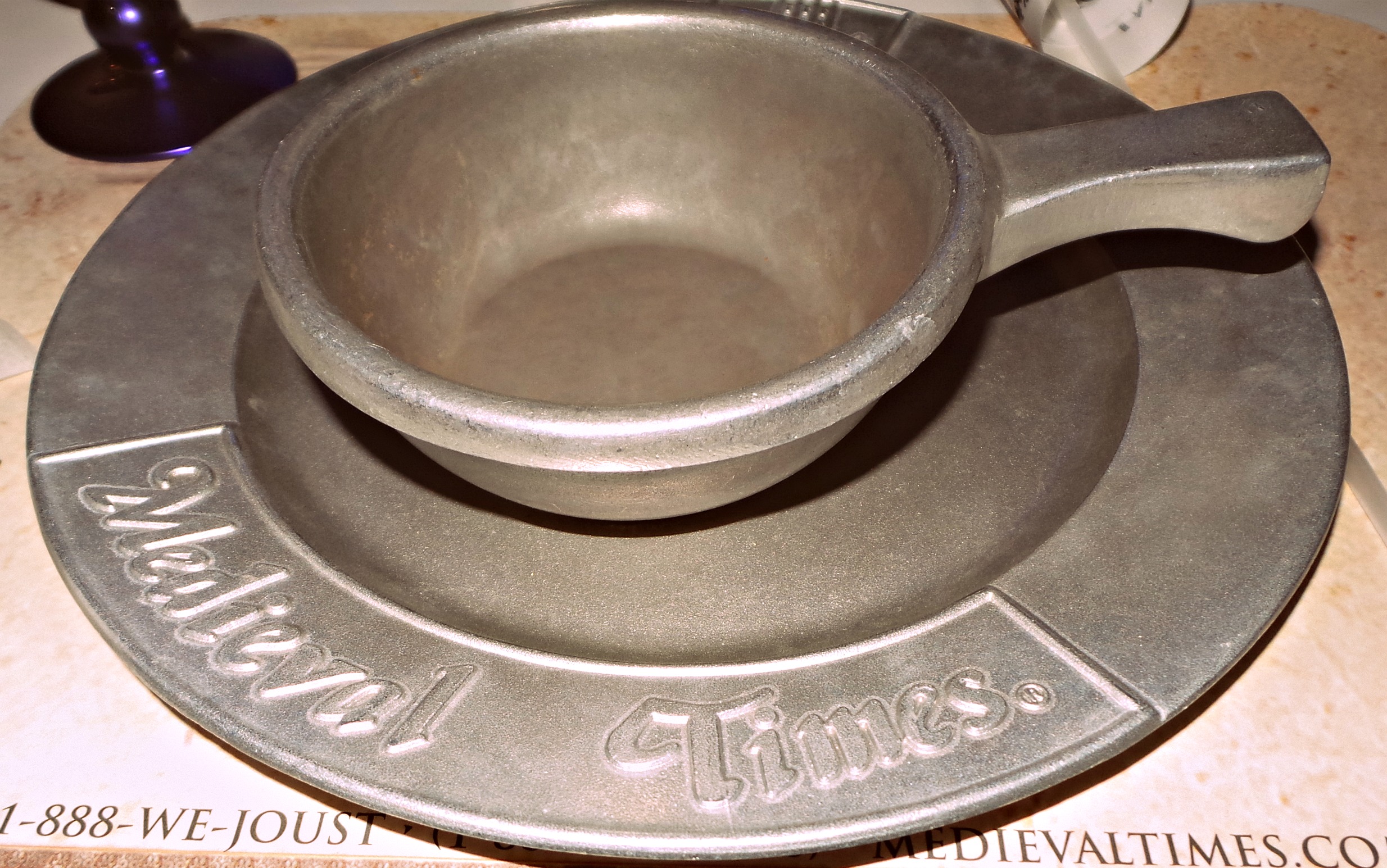 So, I had to eat with my hands. 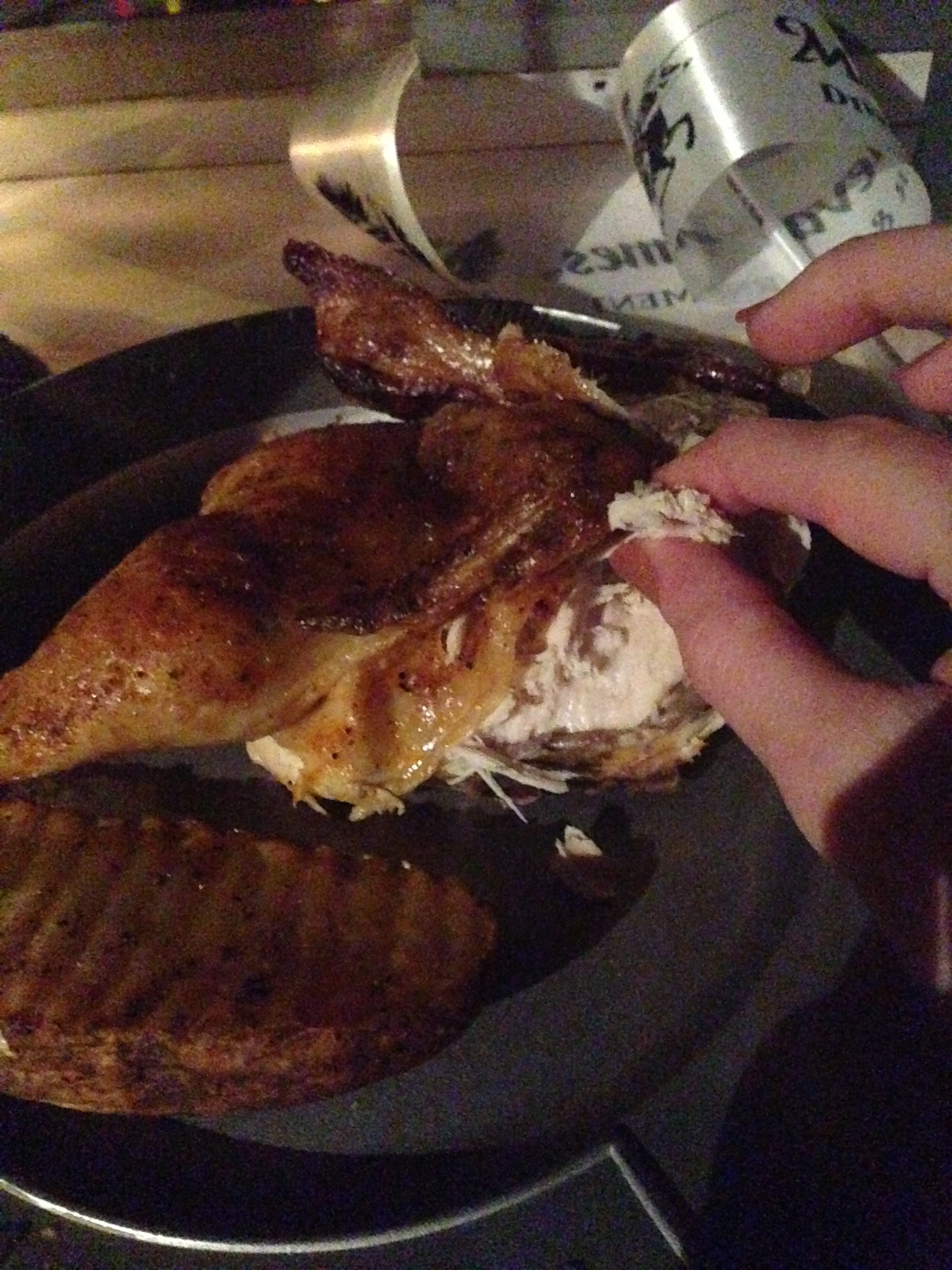 Let the games begin!
Each section in the arena roots for their knight, which makes it even more interactive and exciting.  Go Blue Go!!!  I was waving my flag back and forth, in between taking bites of my chicken.  It’s an action-packed show for sure. 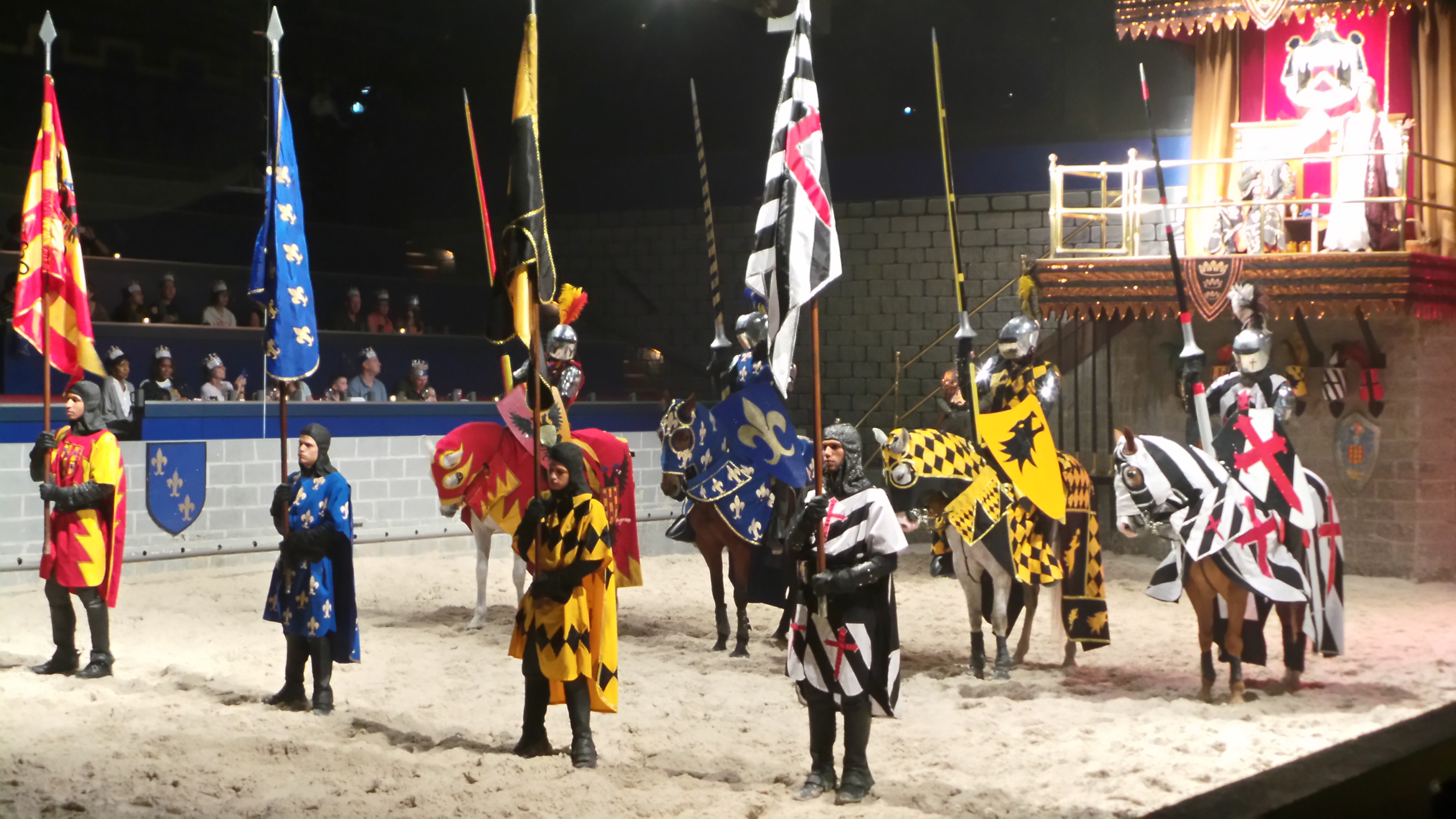 I also enjoyed the fact that I could wear a crown the whole night.  So fun! 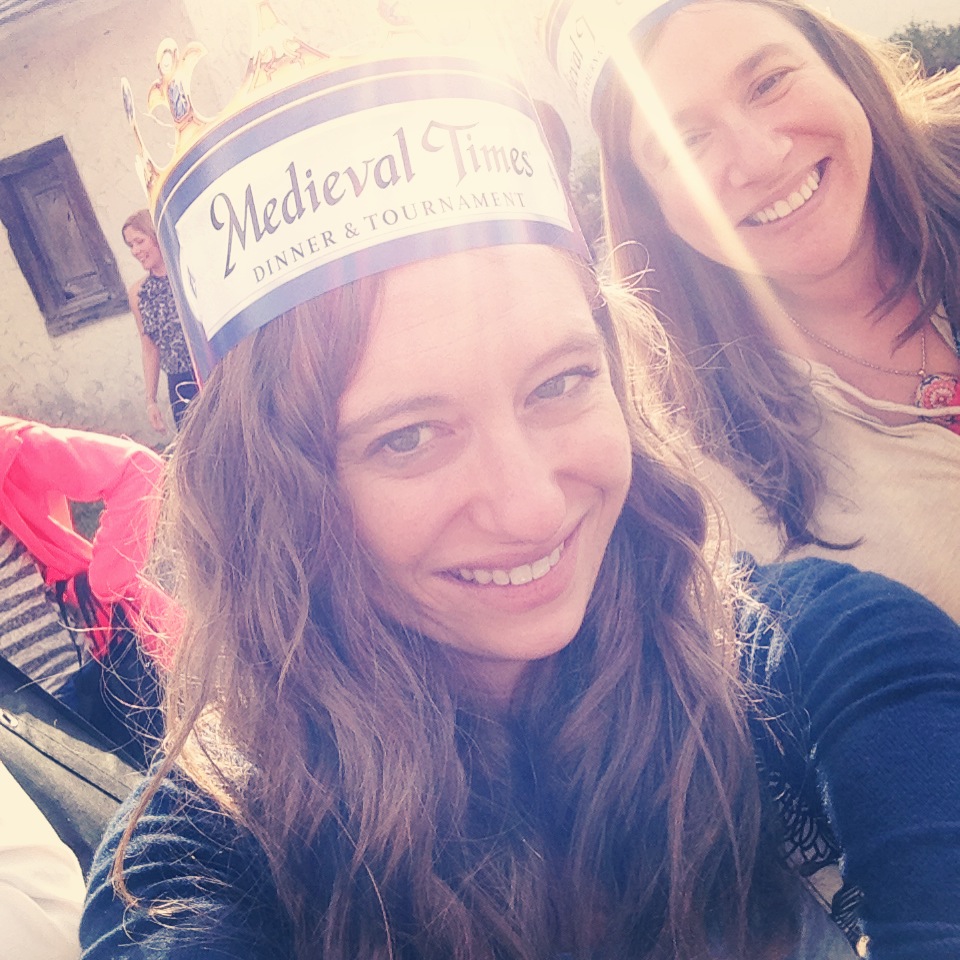 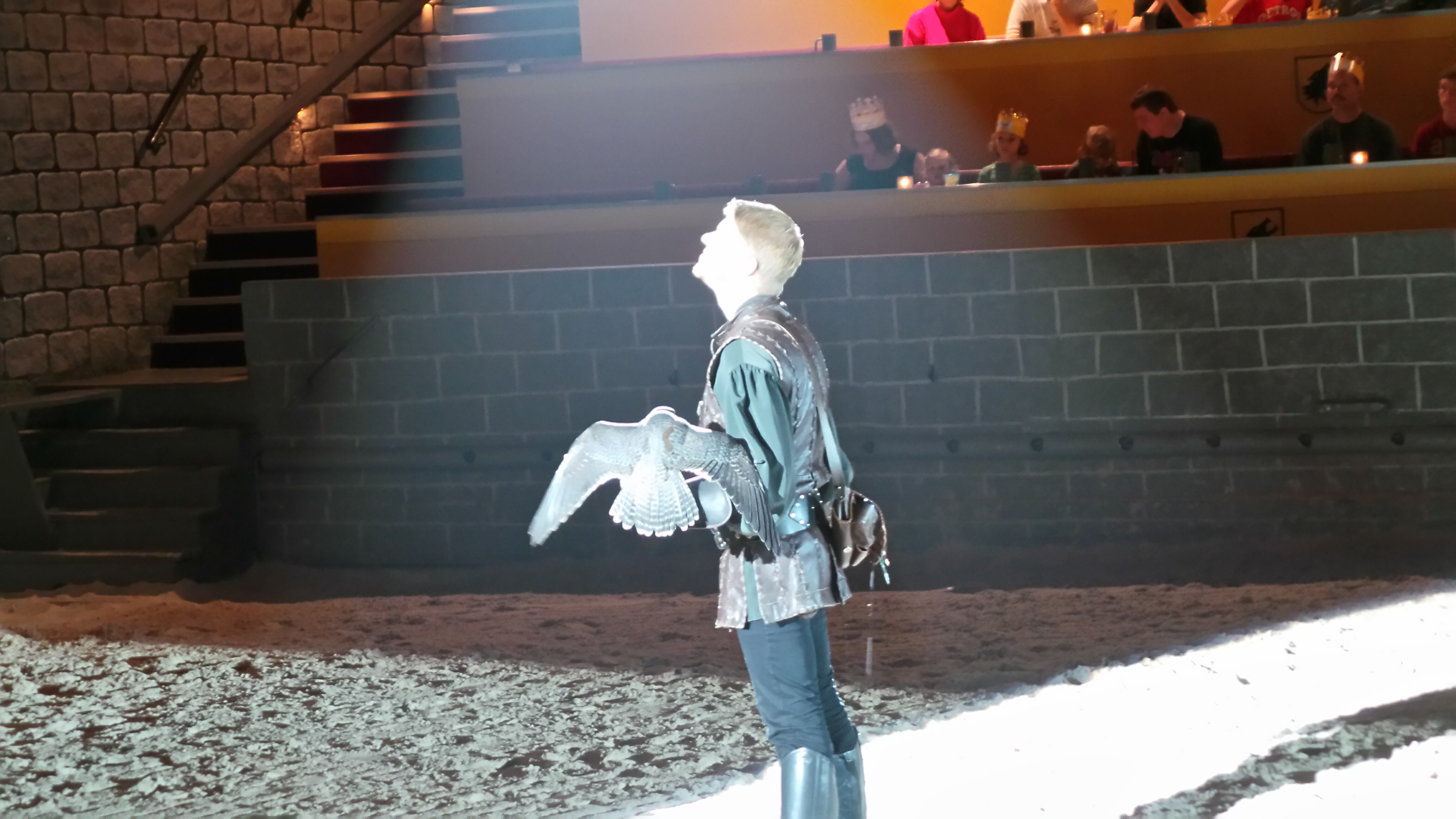 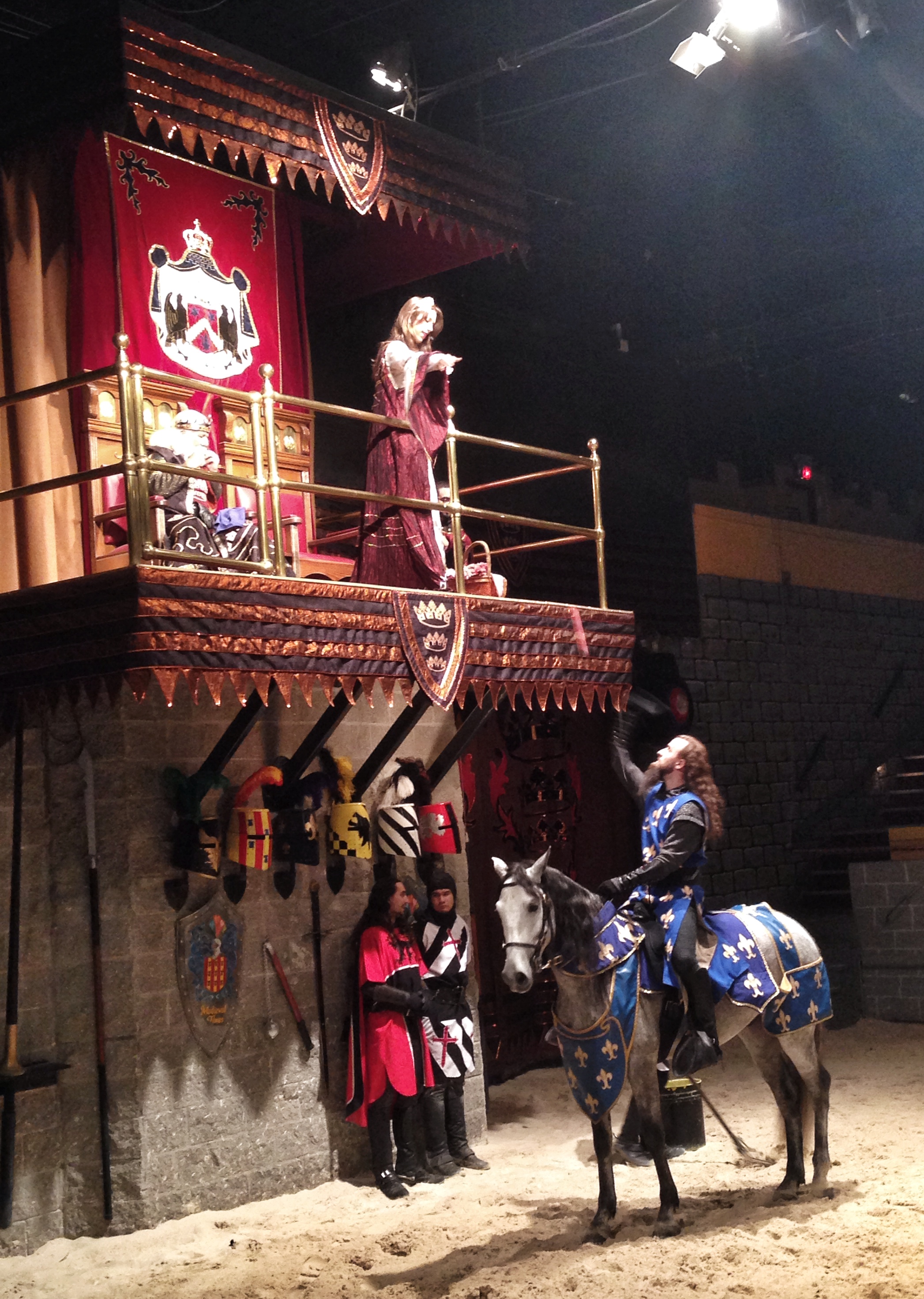 Each Knight competes in a round of challenges in which they are awarded roses from the princess.  They then throw the roses into the stands, so keep an eye out, for you may be the lucky girl who receives a rose from a knight in shining armor. 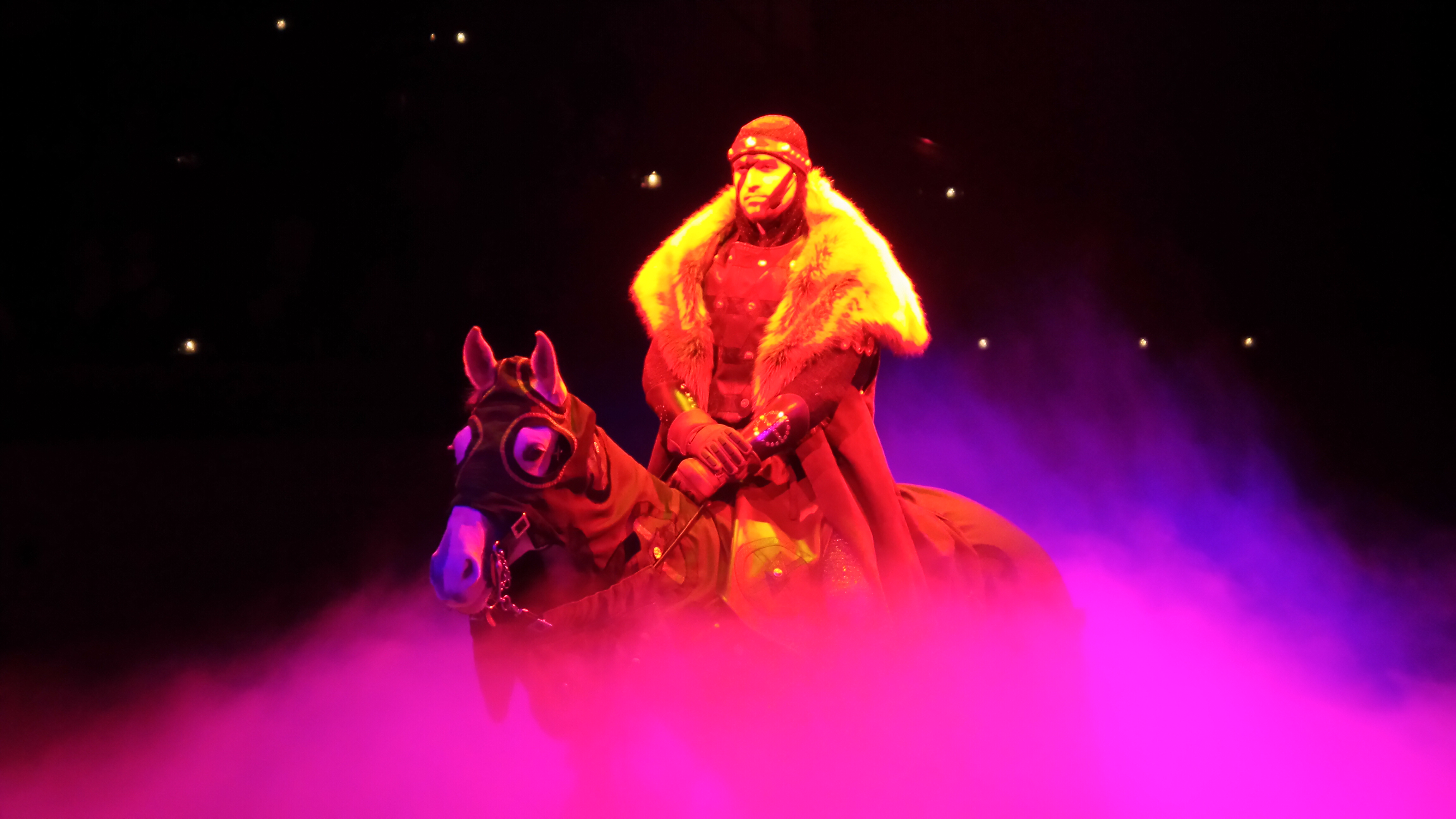 The bad guy!
Our knights were fighting for the kingdom, against this creeper.  I won’t give away the ending, but the jousting and sword fighting really had me on the edge of my seat.  I think I may have screamed a couple of times (one of those times was definitely when the Green Knight fell in horse poop.  Bad move!!!) But, when you are fighting to the death, you probably aren’t too concerned with horse poop. 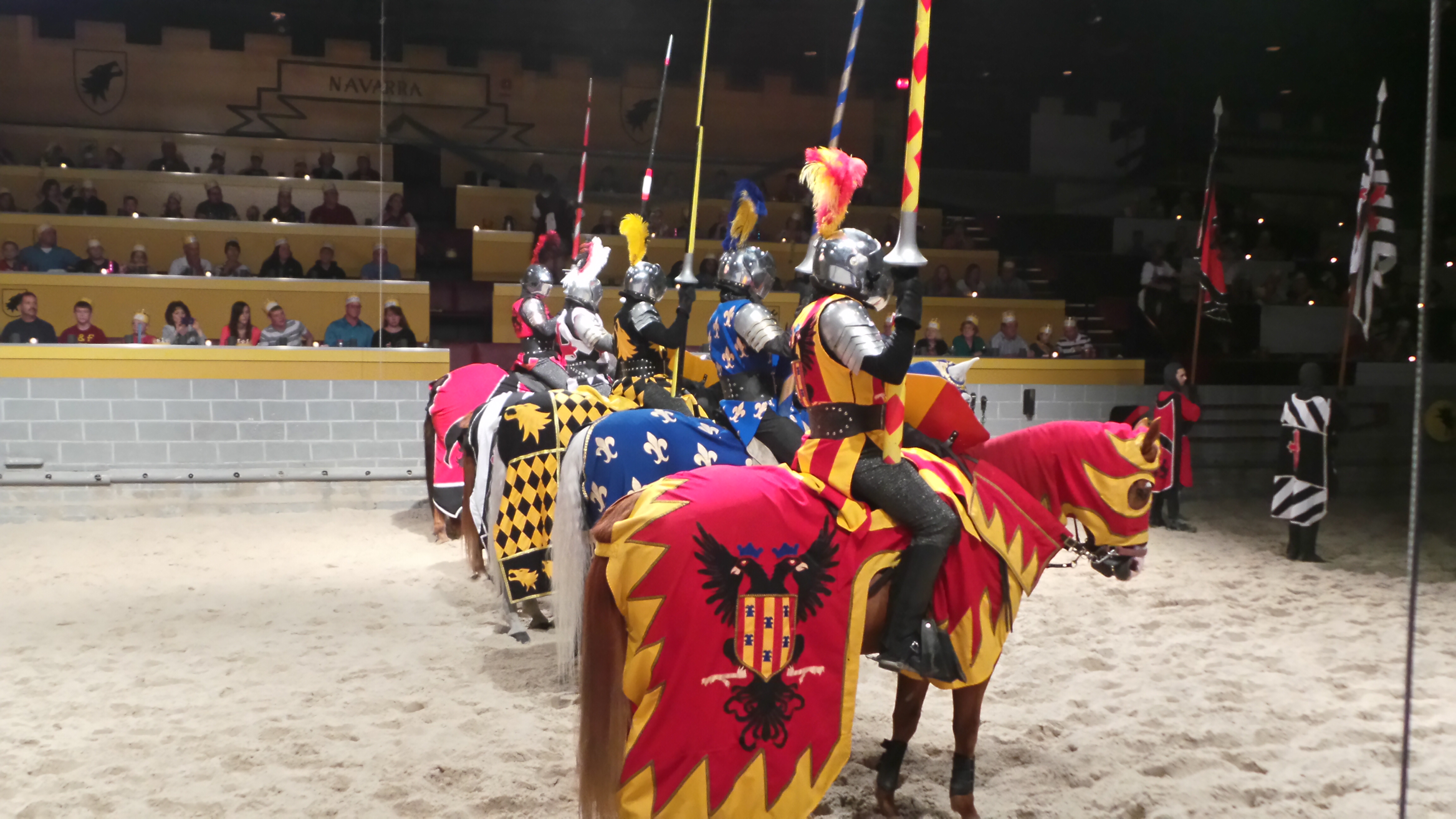 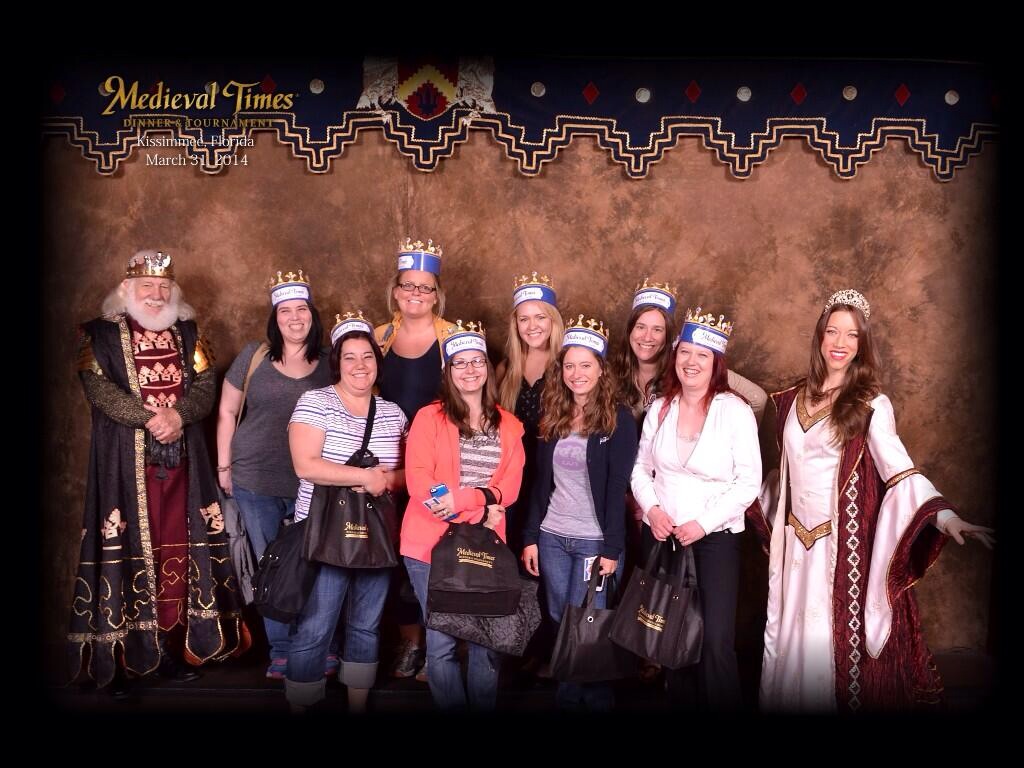 Next time you want to add a little action and excitement to your dinner plans, check out Medieval Times. 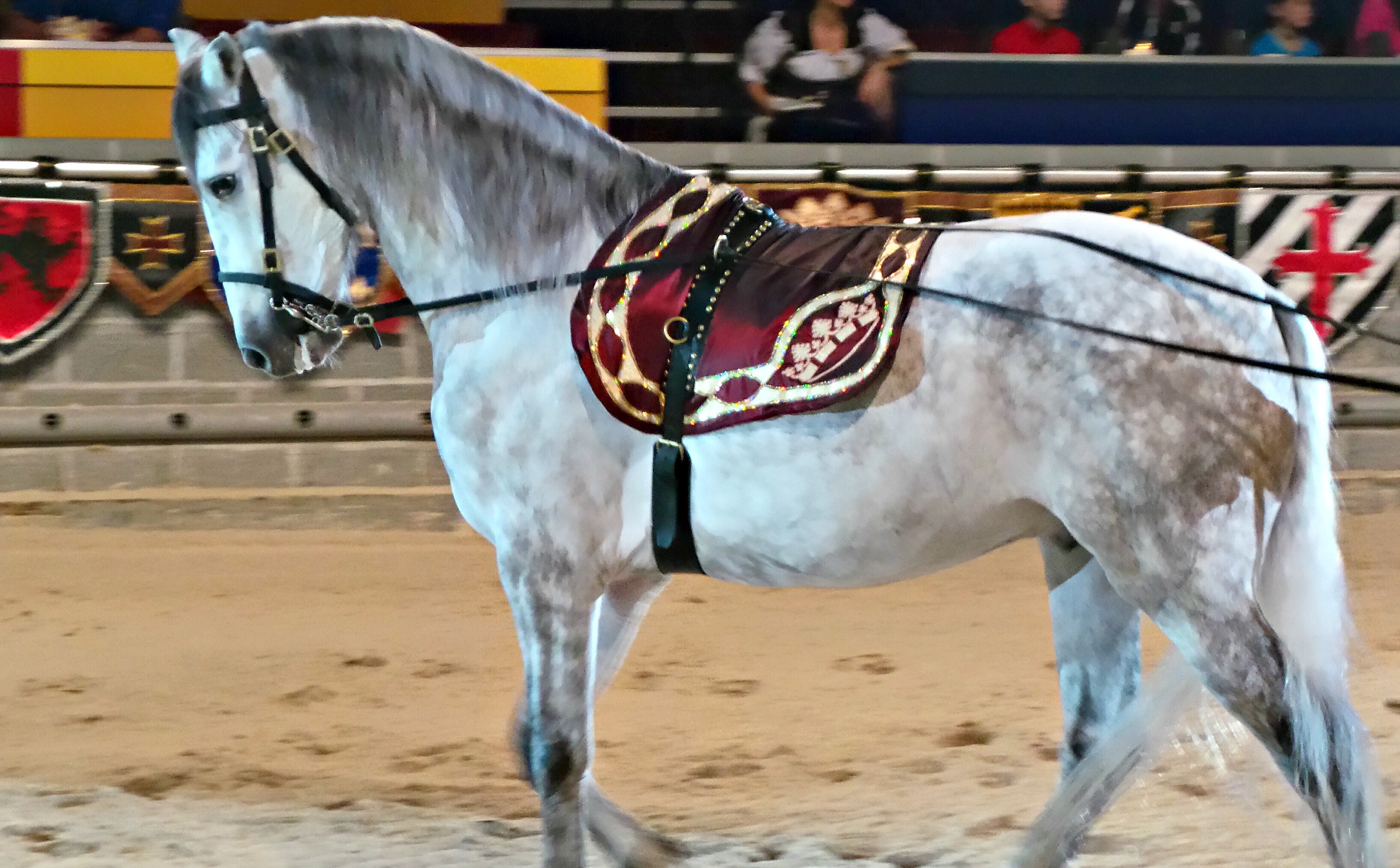 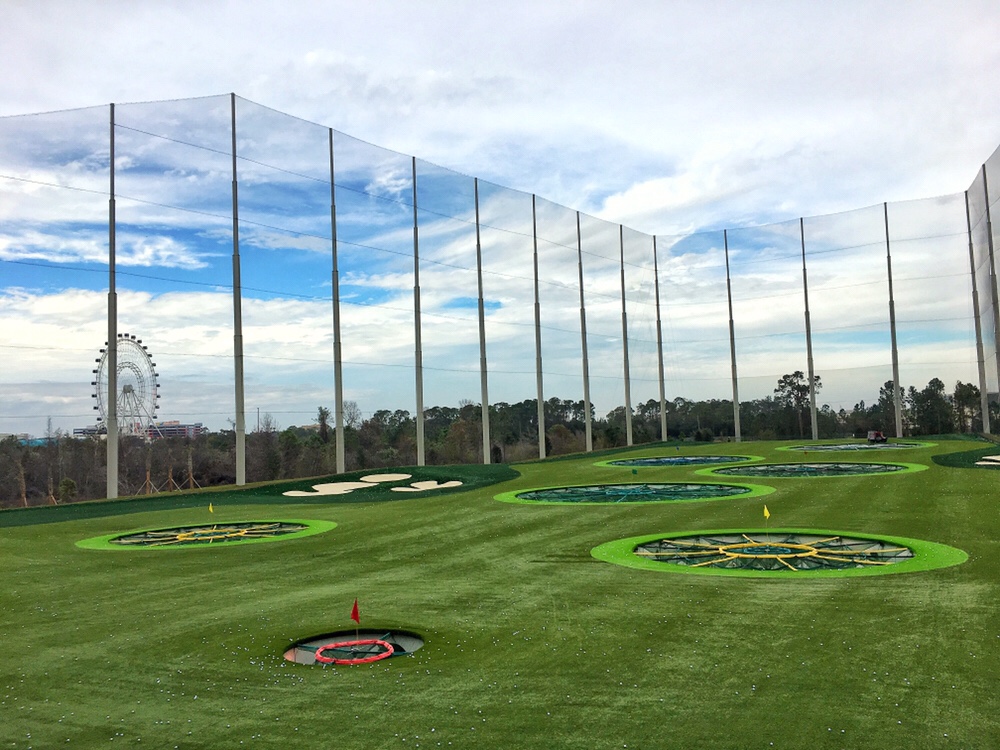 Swing into the new year at TopGolf Orlando 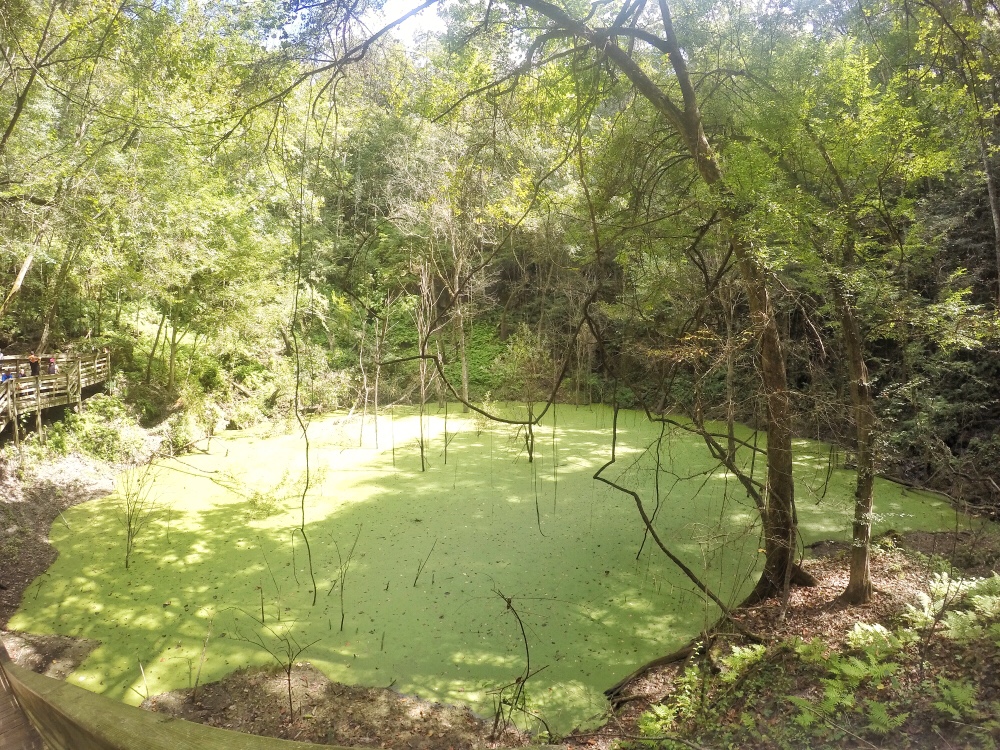 Bad Day: Shake it Off