A view like this is worth waking up early for. 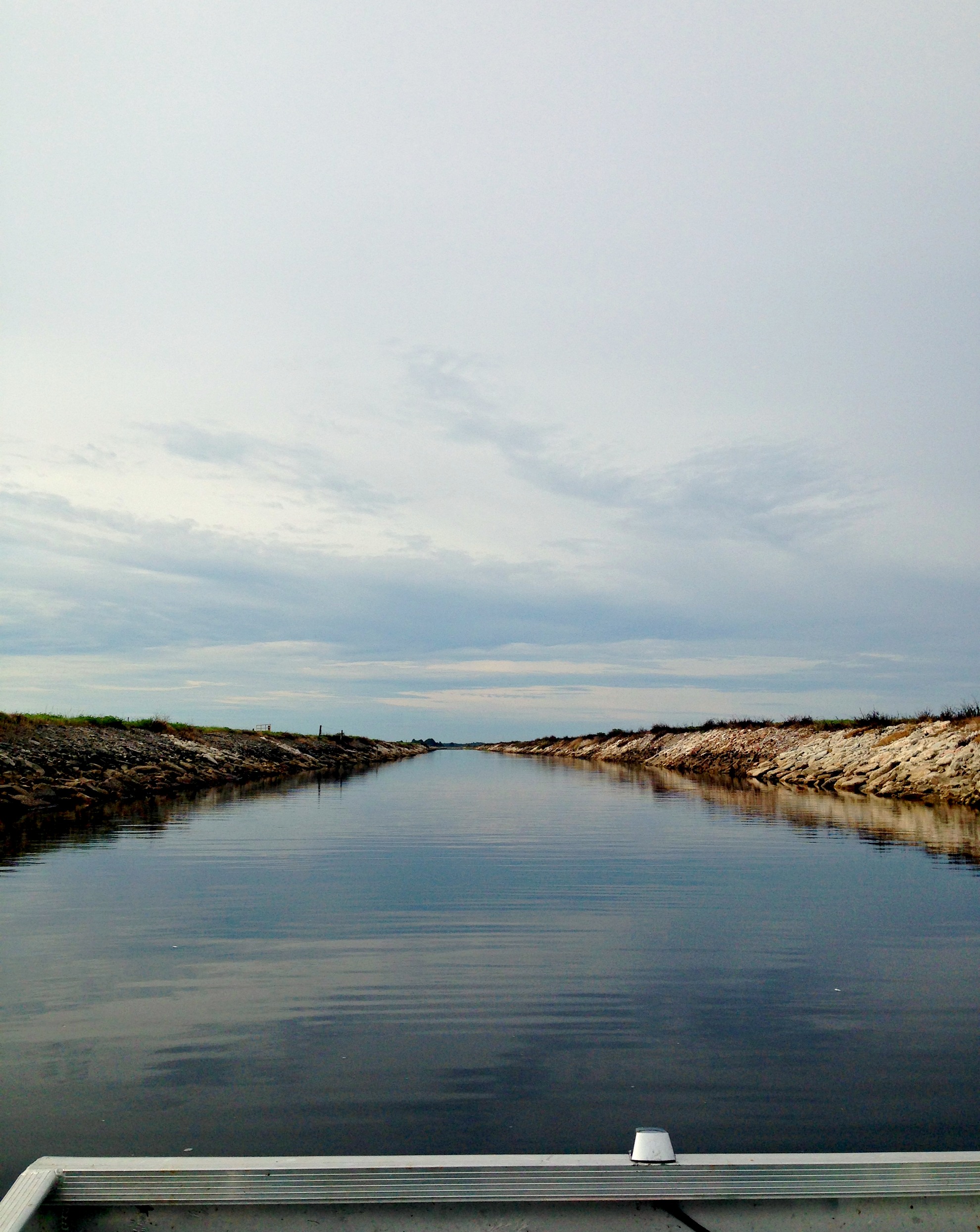 Waking up early has never been easy for me, but I can’t complain when my morning consists of gliding across the headwaters of the Everglades on an airboat ride with Marsh Landing Adventures. There is something so relaxing and peaceful about an airboat ride; maybe it’s the fresh air or maybe it’s the spectacular views.  Well, no matter what it is, I know that after being on my fair share of airboats, it’s probably one of my favorite things about Central Florida. 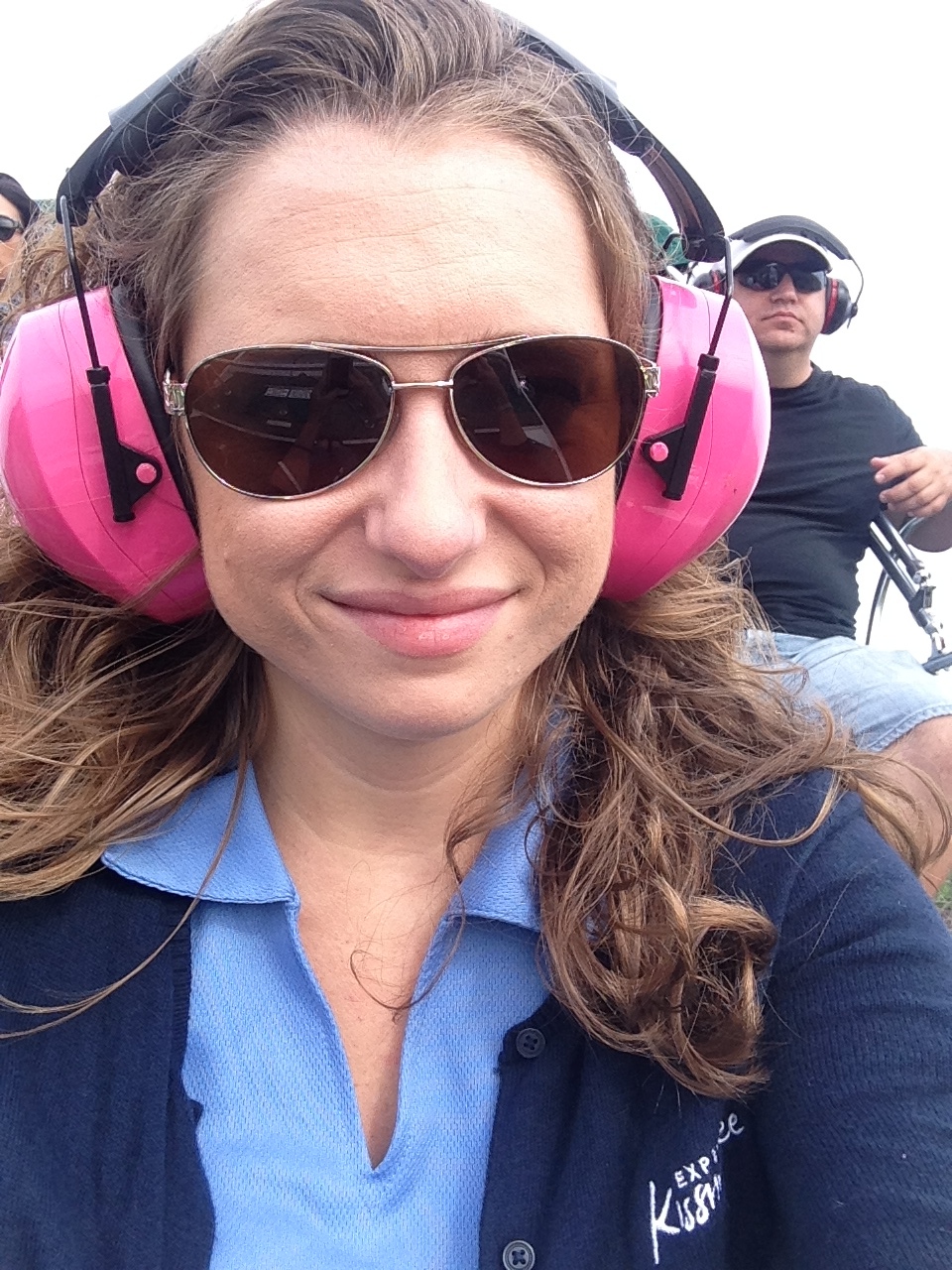 I always tell everyone that as many times as I have hopped aboard an airboat, each time is a different experience and this is especially true for Marsh Landing Adventures.  It was completely different from anything I had experienced, and I consider myself an airboat pro.
The boat held about 6 passengers, plus our captain, so it made for a very intimate experience.  Also, since the boat was much smaller than what I am used to, it was easier to capture the perfect photos as we made our way into the depths of the Florida swamp.  If I wanted to, which I didn’t because there are gators, I could have easily put my hand in that water.  That’s how close I was to the edge, and the wildlife. 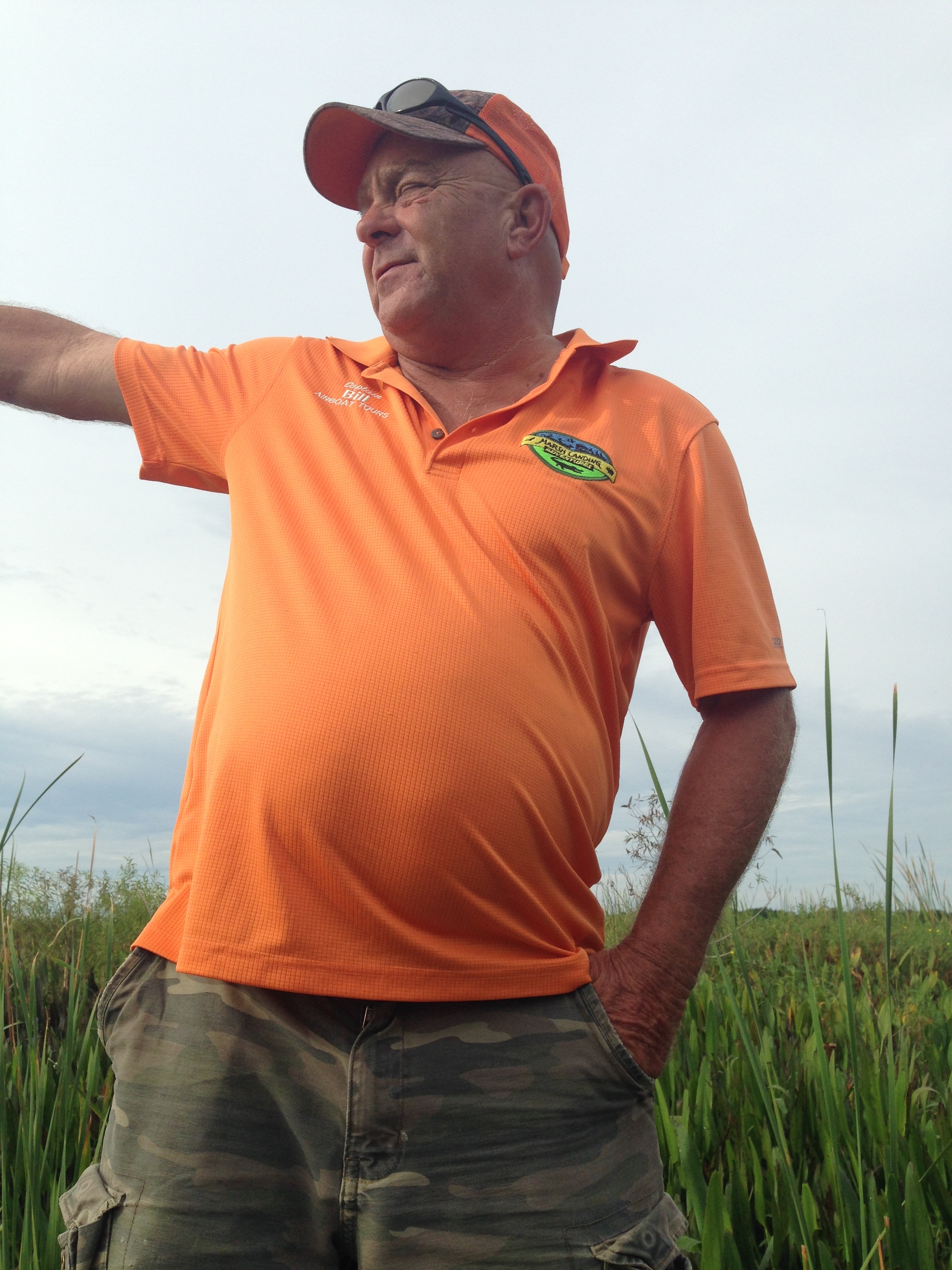 Our captain, Captain Bill, stopped the airboat often to explain to us what we were seeing and what to look out for while on the ride.
Our airboat adventure began on Shingle Creek, which was noted as the headwaters of the Everglades by National Geographic.  Captain Bill also pointed out that all the waters we traveled through that morning were fresh waters and at most 4 feet deep.  “If you fall in, do yourself a favor and just stand up,” he said.  I wasn’t planning on swimming, but it was good to know. 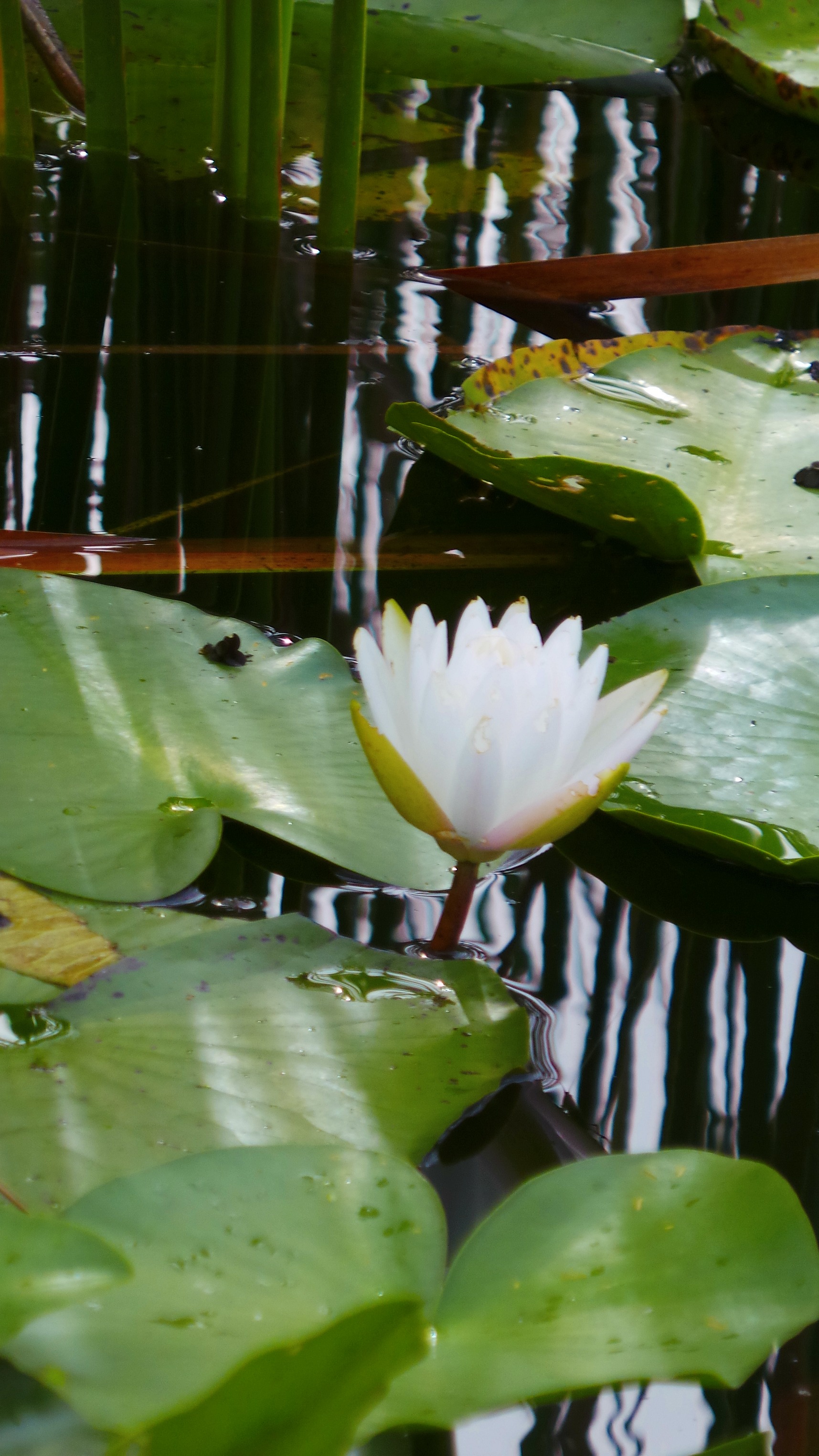 The scenery was truly a sight to see at daybreak, and it was the perfect time for spotting gators.

Our second stop was to say hello to Suzi. 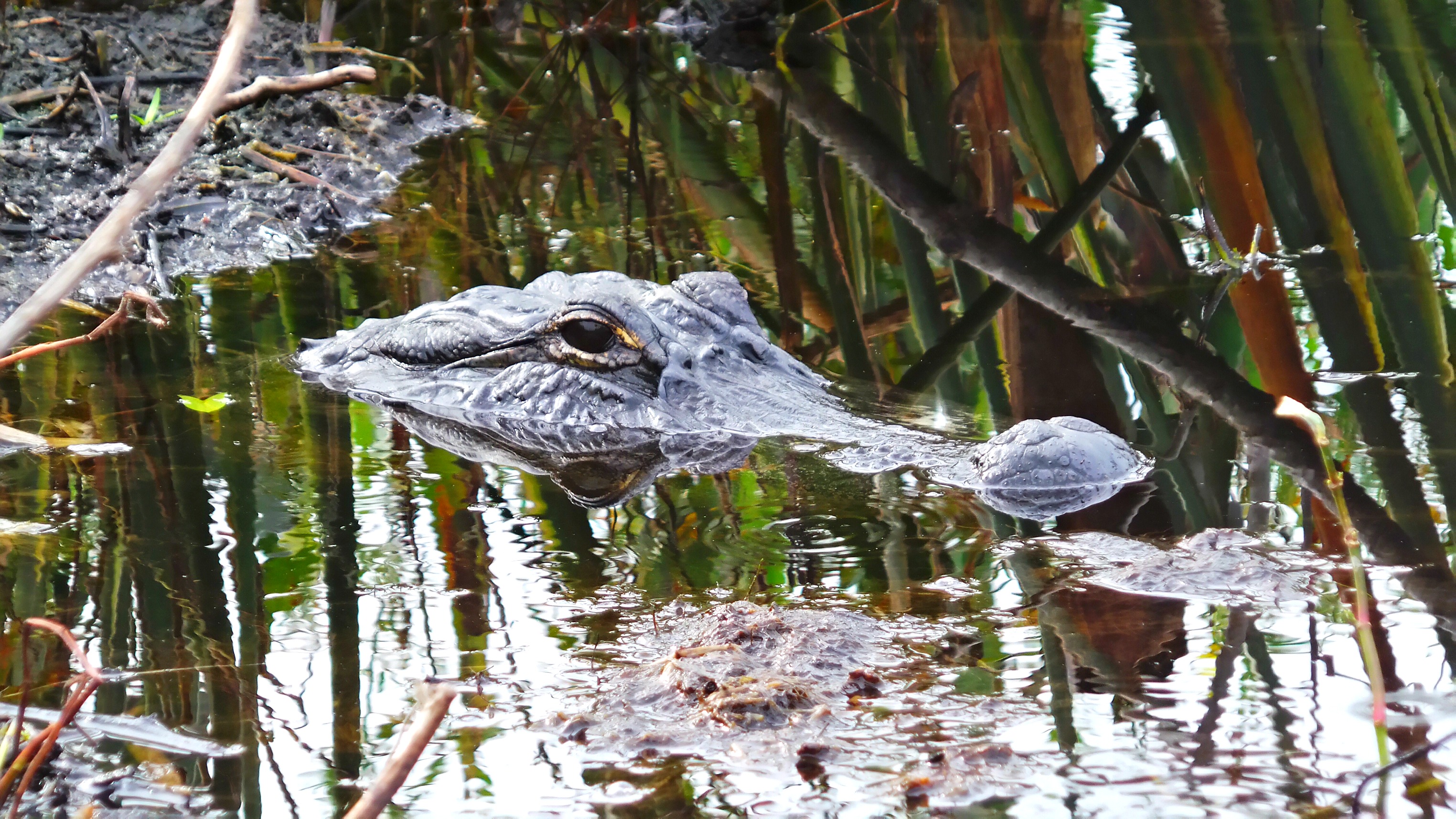 She was quiet for the most part; pretty much just stared at us for a good 10 minutes.  Alligators don’t tend to be aggressive unless you bother them or attempt to go near their babies; that’s completely understandable, right?  And did you know, gators never stop growing, and they can live to be beyond 50 years old.
These little guys were only a few weeks old.  Plenty of growth spurts to go. 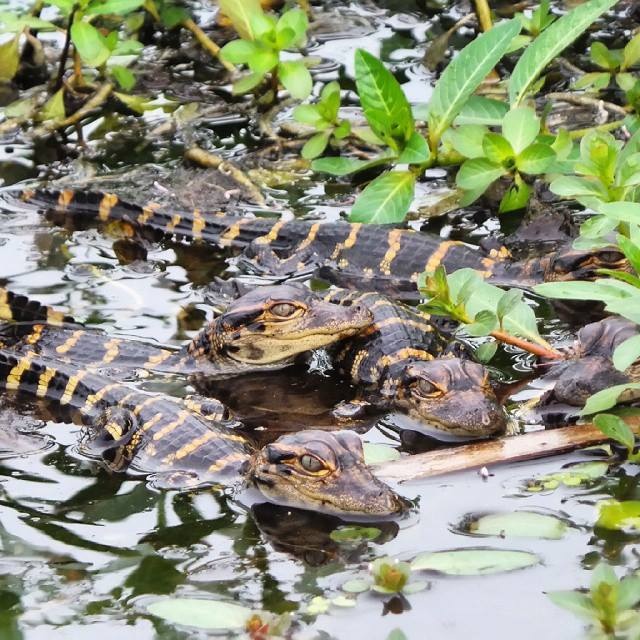 Despite being only a few weeks old, they were already fending for themselves, catching little minnows, and soaking up the rays of the sun. 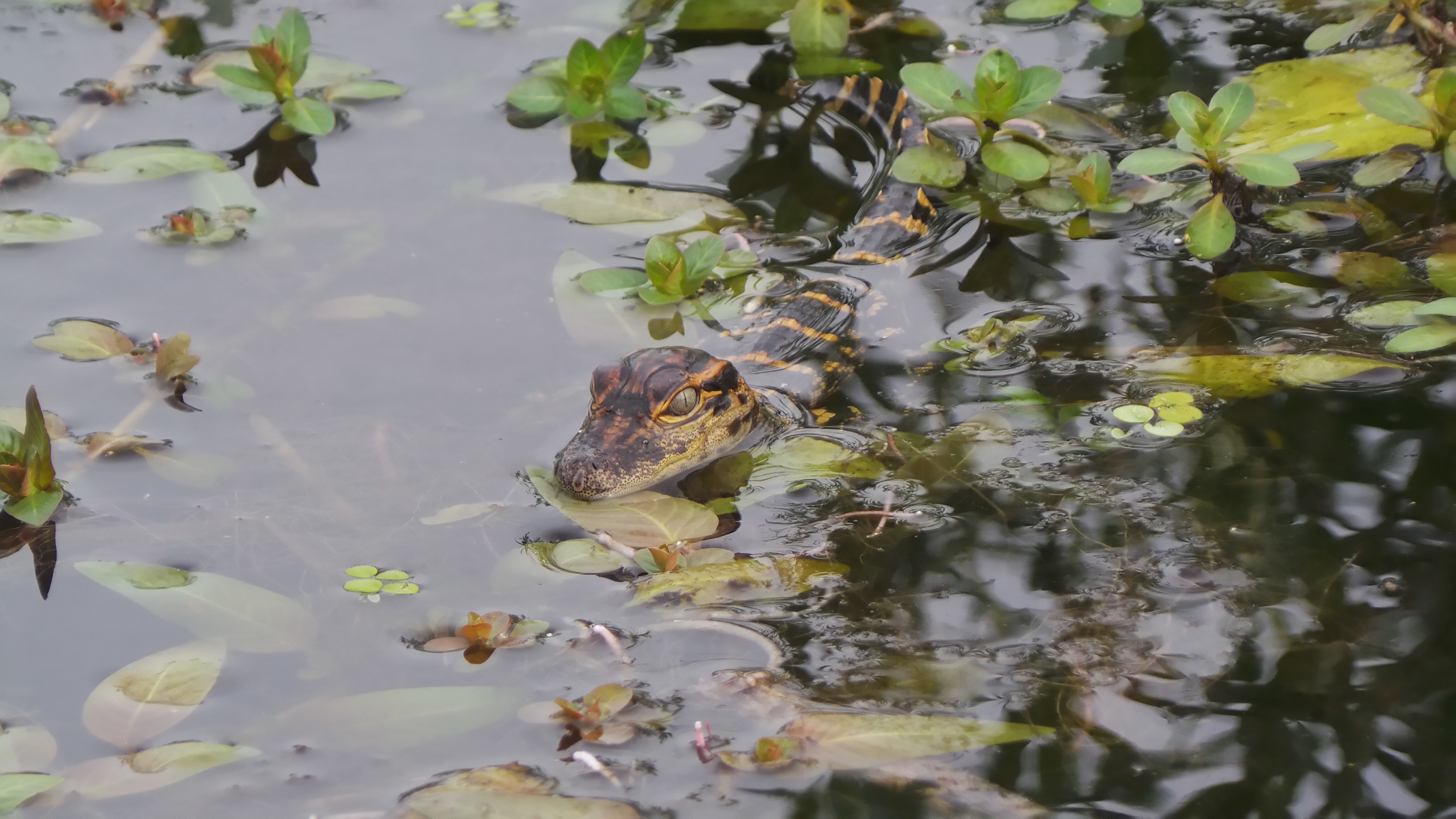 It was the perfect morning to spot gators; seemed like they were everywhere, lurking in the brush. 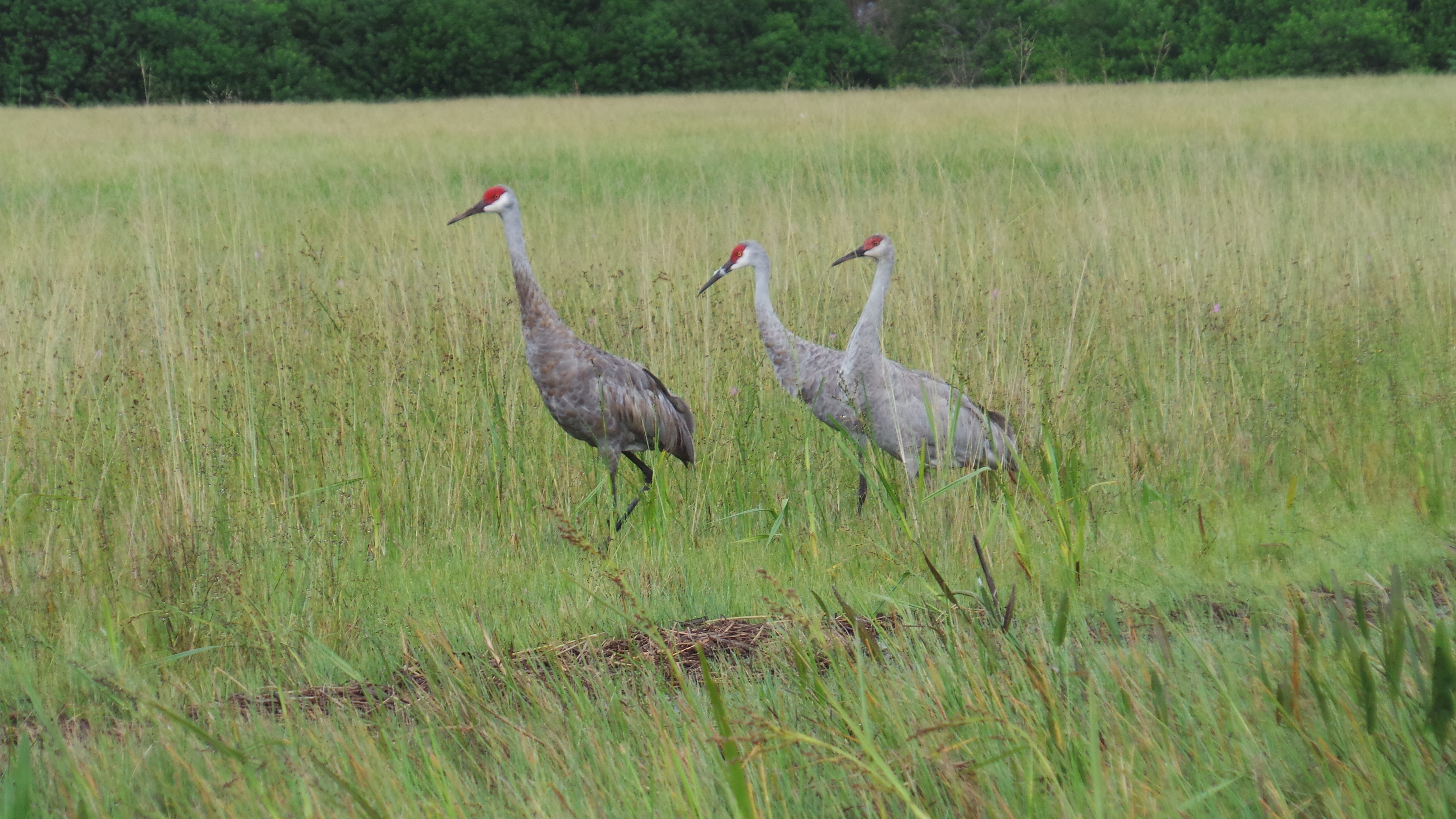 We also spotted other wildlife like Blue Herons, Sandhill Cranes, Eagles and even cattle as we skimmed across the swamp grass. 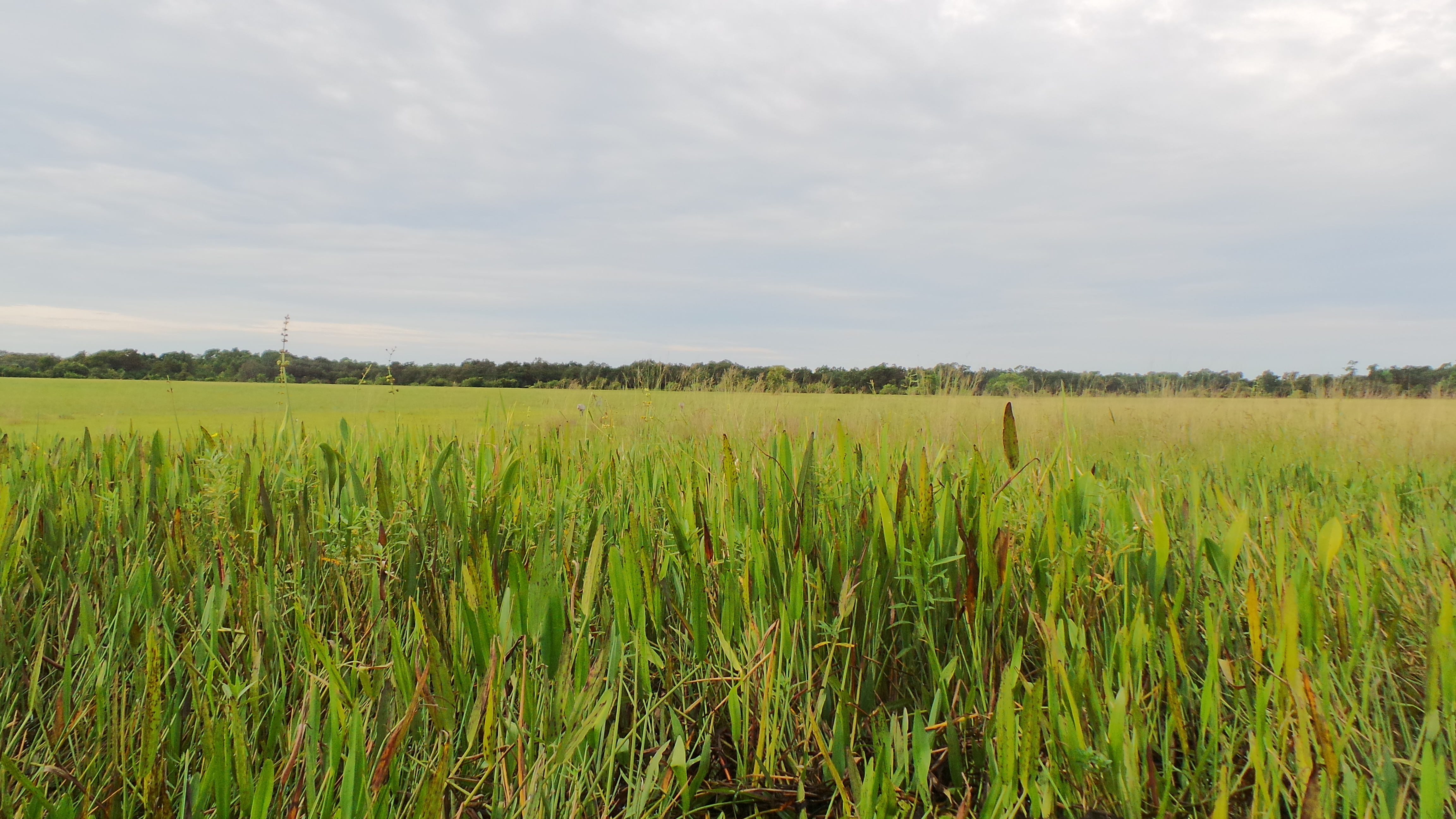 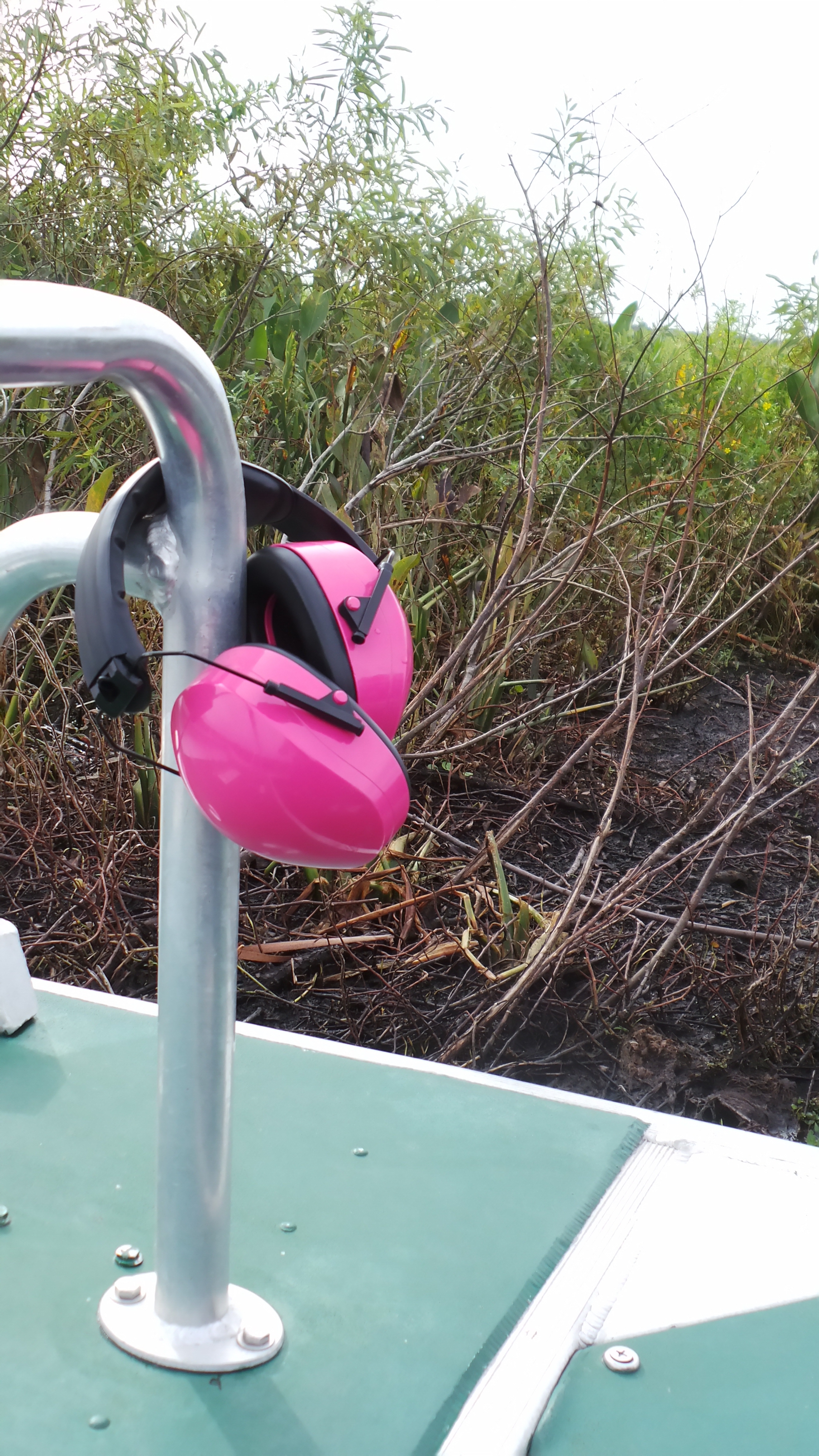 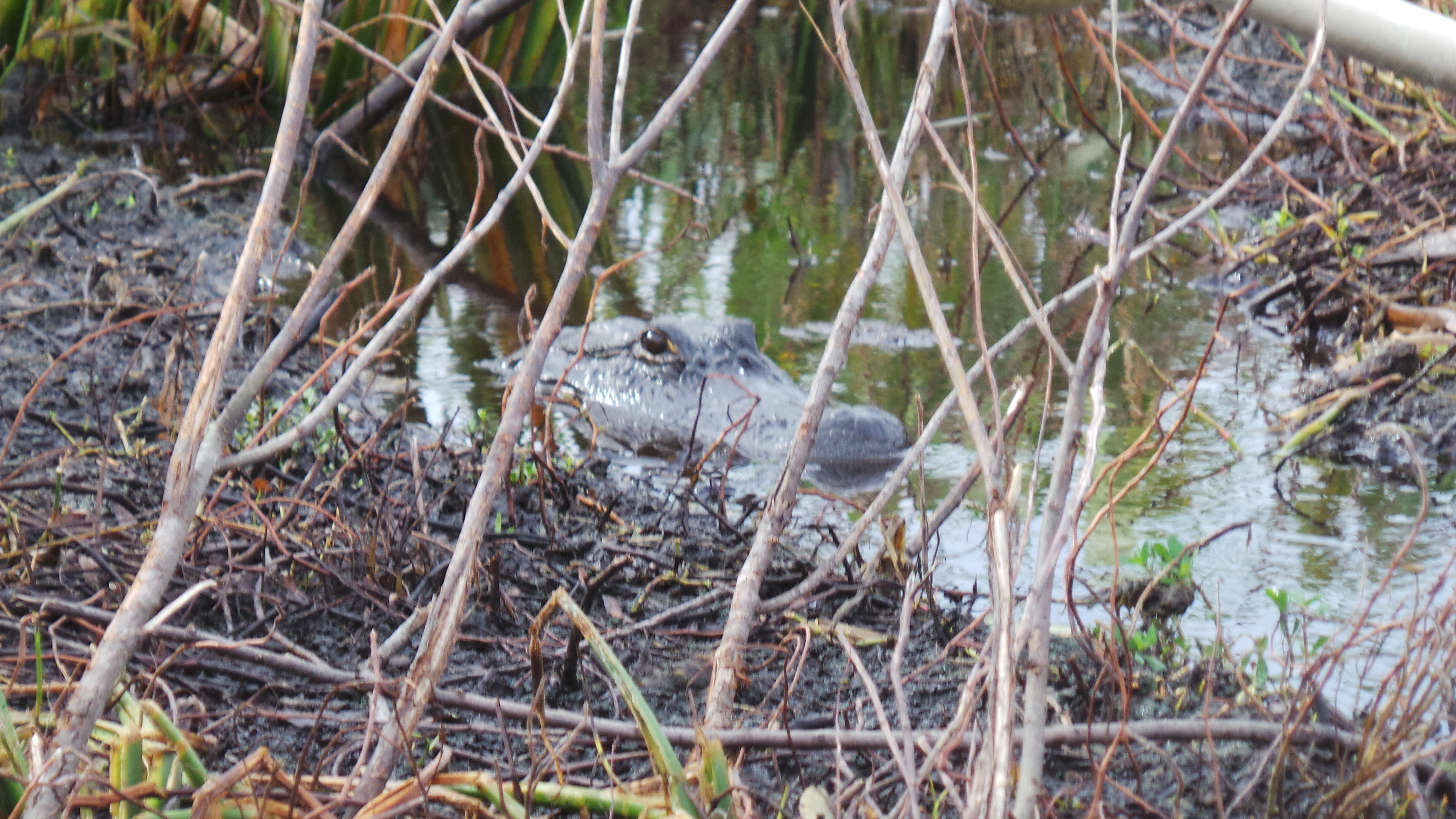 I was even brave enough after the airboat ride to wrestle a gator. 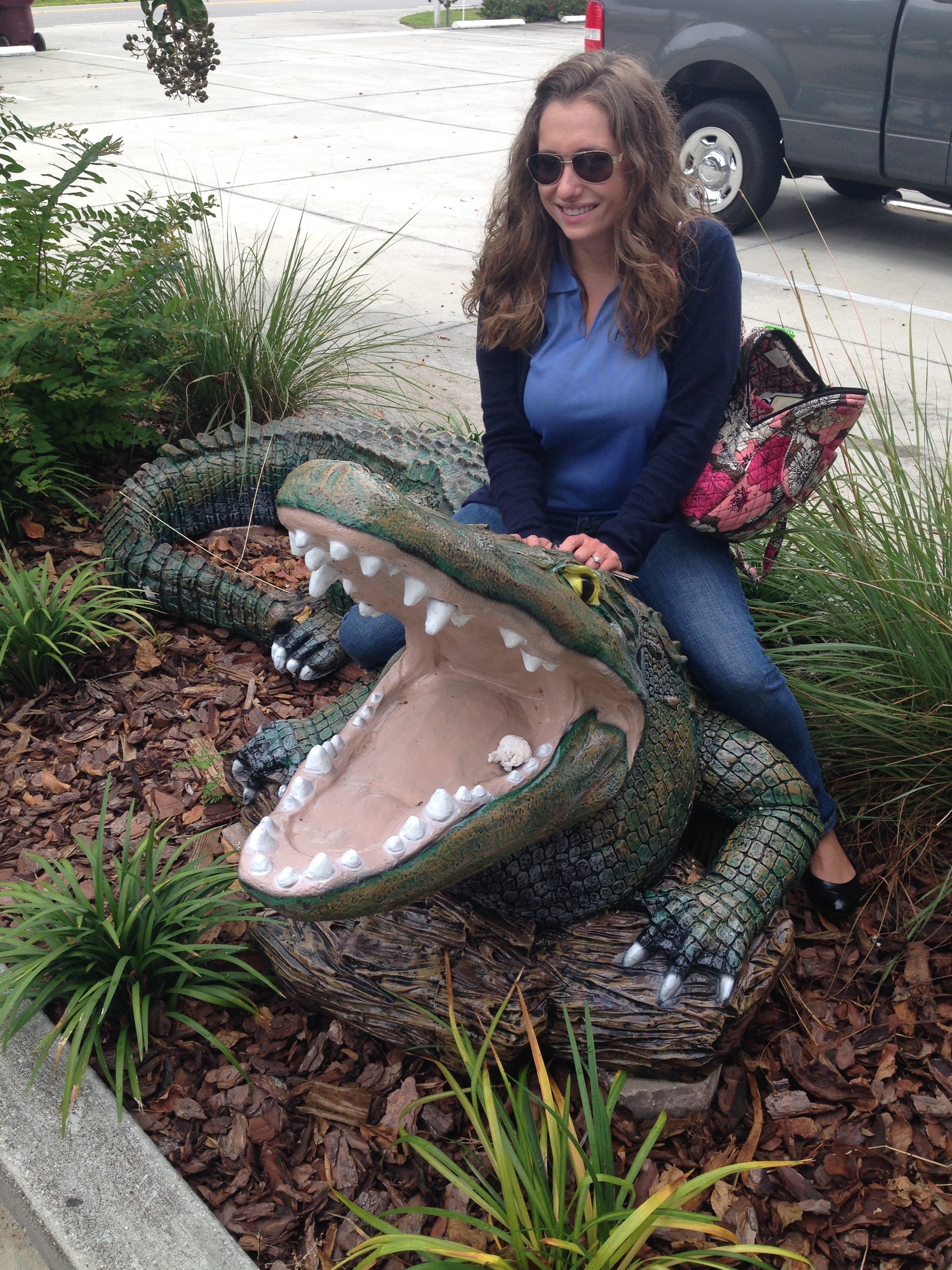 Of course, millions of people visit the Central Florida area each year to experience Disney, Universal and SeaWorld, but I would strongly recommend taking some time to explore some off the beaten path attractions like Marsh Landing Adventures.

Keeping Your New Year's Resolutions…One Step at a Time 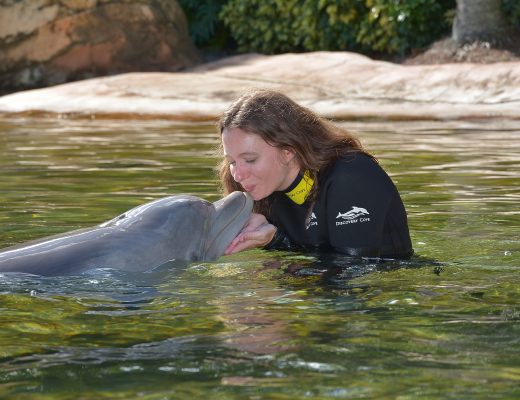 Discovery Cove, a Day in Paradise