Fall in Love with Nature in Alton, Illinois

Sometimes you find something in this world that is just so beautiful, it feels almost magical, and you just want to lose yourself in the moment.  That’s the way I felt on my recent getaway to Illinois. 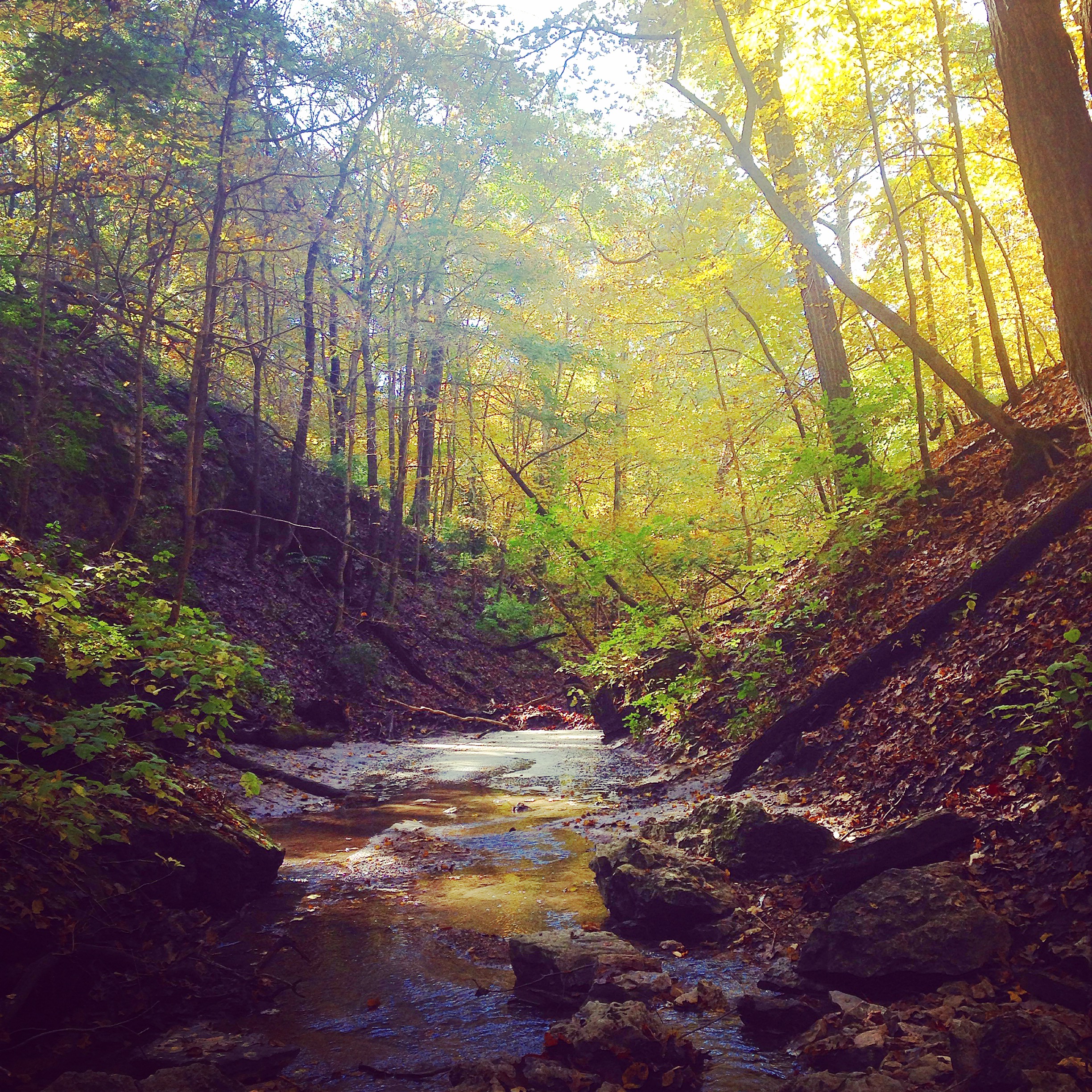 Mother Nature has a majestic way of showing off her brilliance, especially during the fall season. 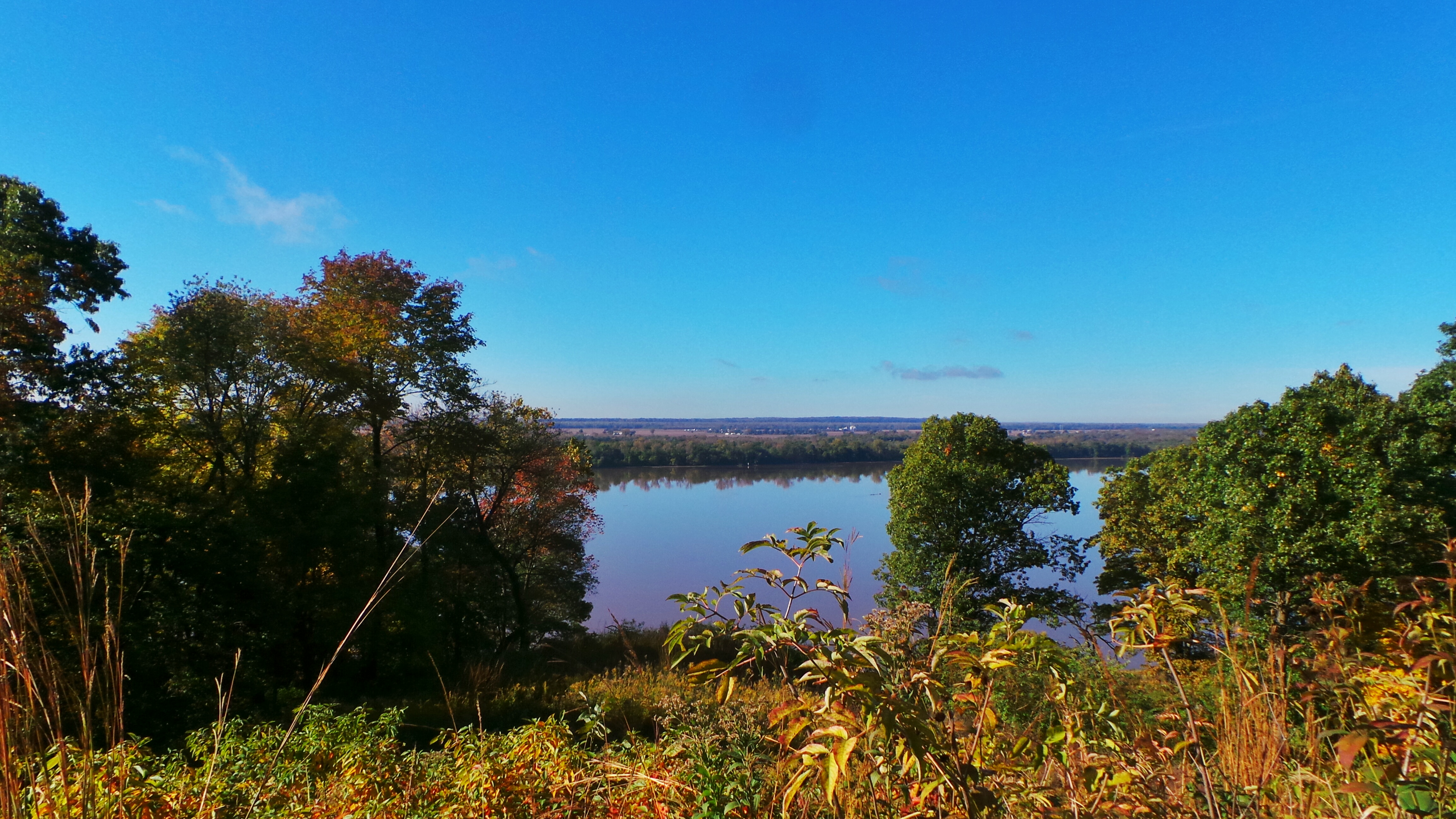 Breathing in the crisp air as I hiked through the woodlands of The Nature Institute made me feel alive.  The colors popped more and more with each step deeper into the 450-acre preserve, and the only sounds were those of the fallen leaves beneath our feet. 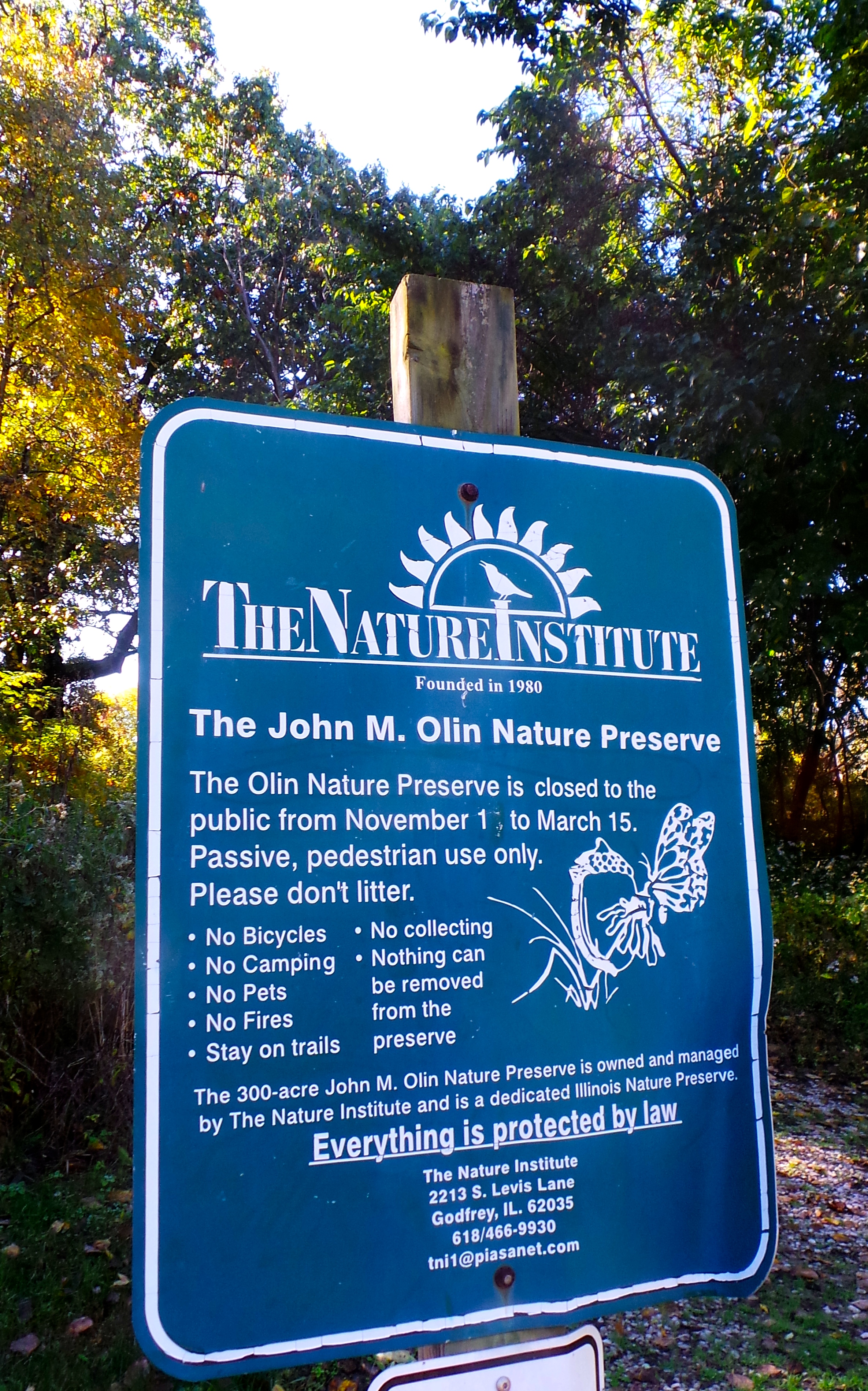 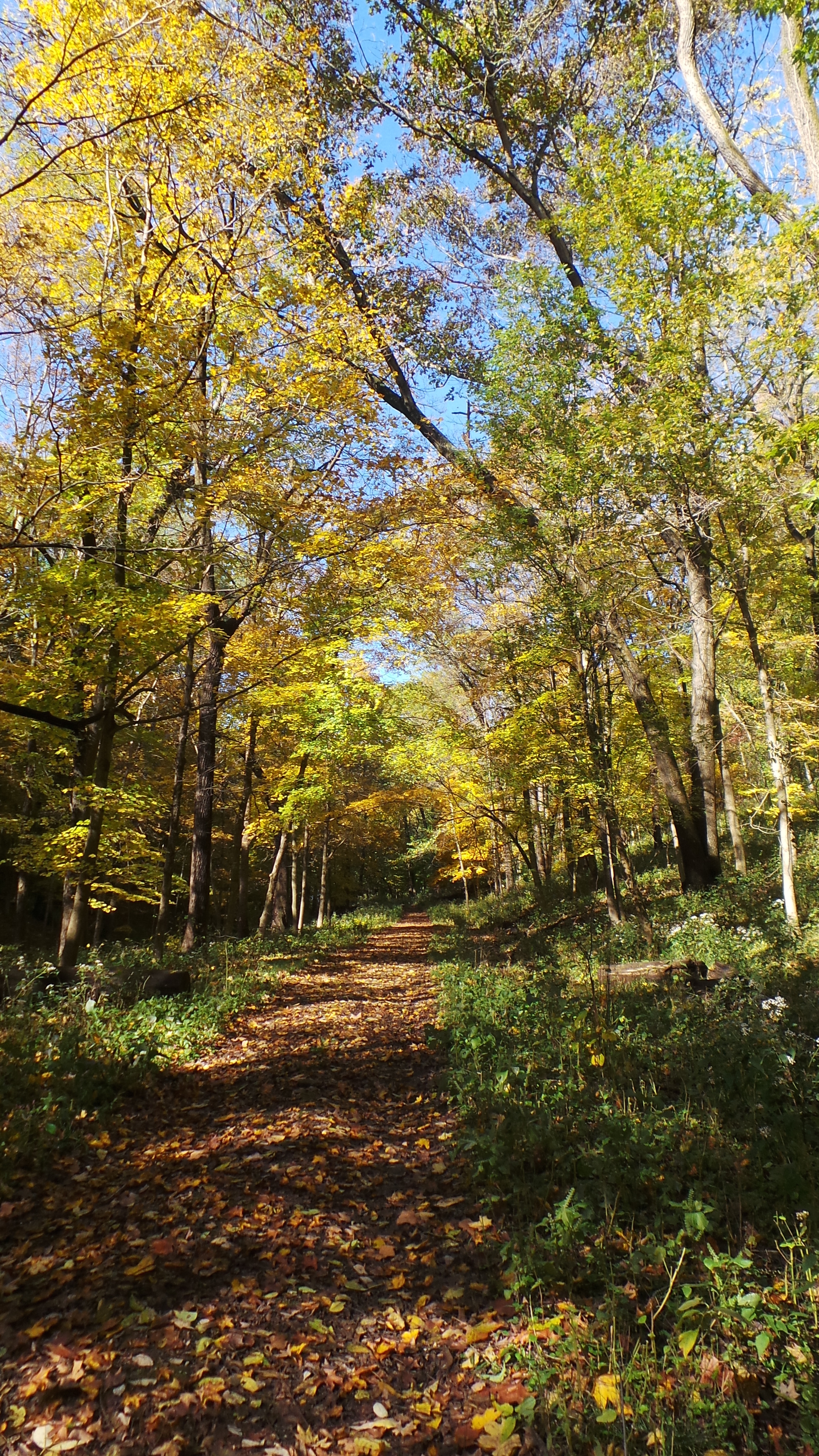 I also learned a lot about the area and the efforts to maintain the land.  Shortly into our hike, we came across a monument signifying the entry point to the Underground Railroad. 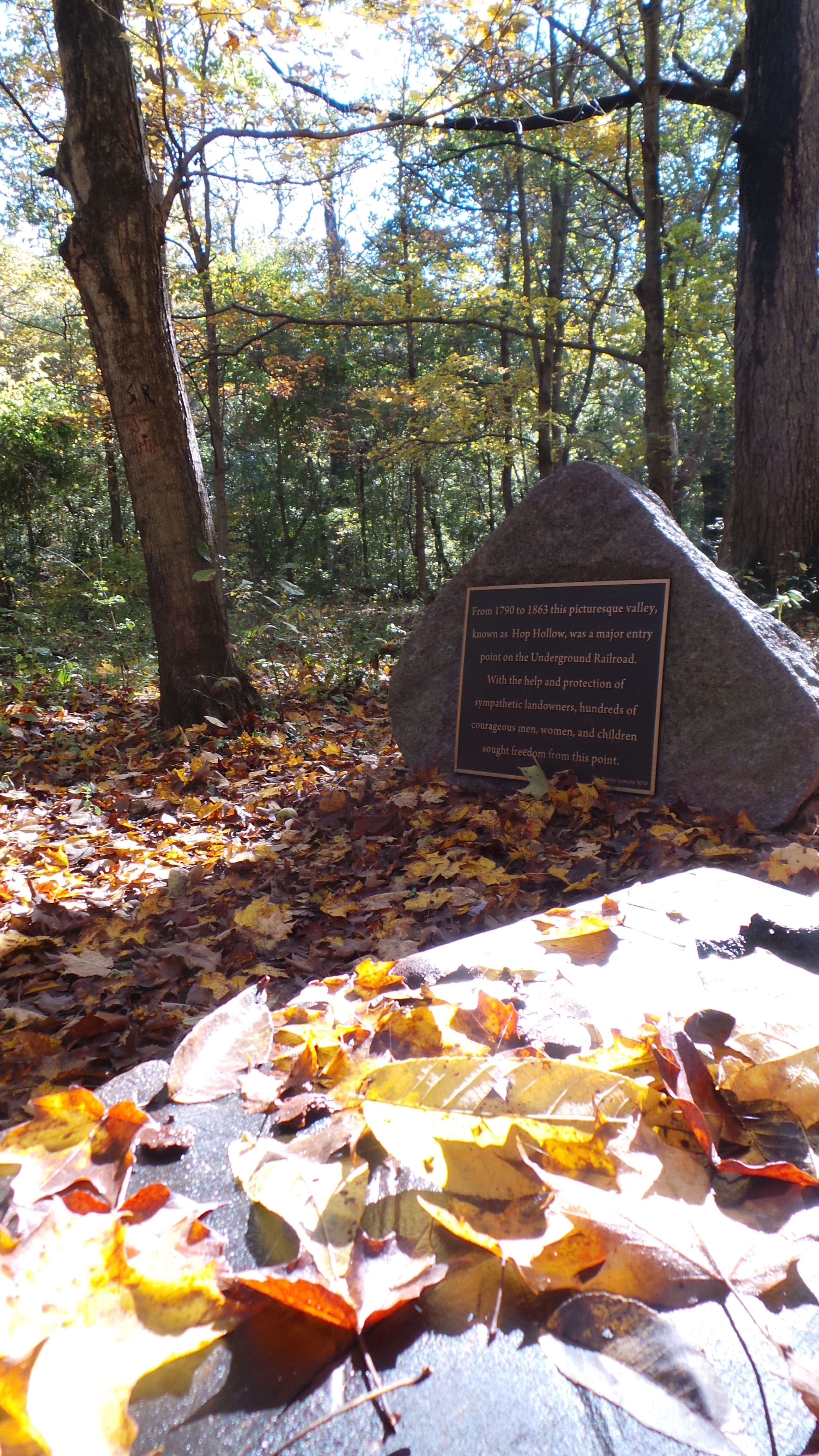 It was during the hike that I learned of the role Alton, Illinois played in the Underground Railroad.  Bluff caves and woodlands provided good hiding places for runaway slaves.

It’s crazy to think the woodlands we were hiking through once provided cover and escape for so many slaves. 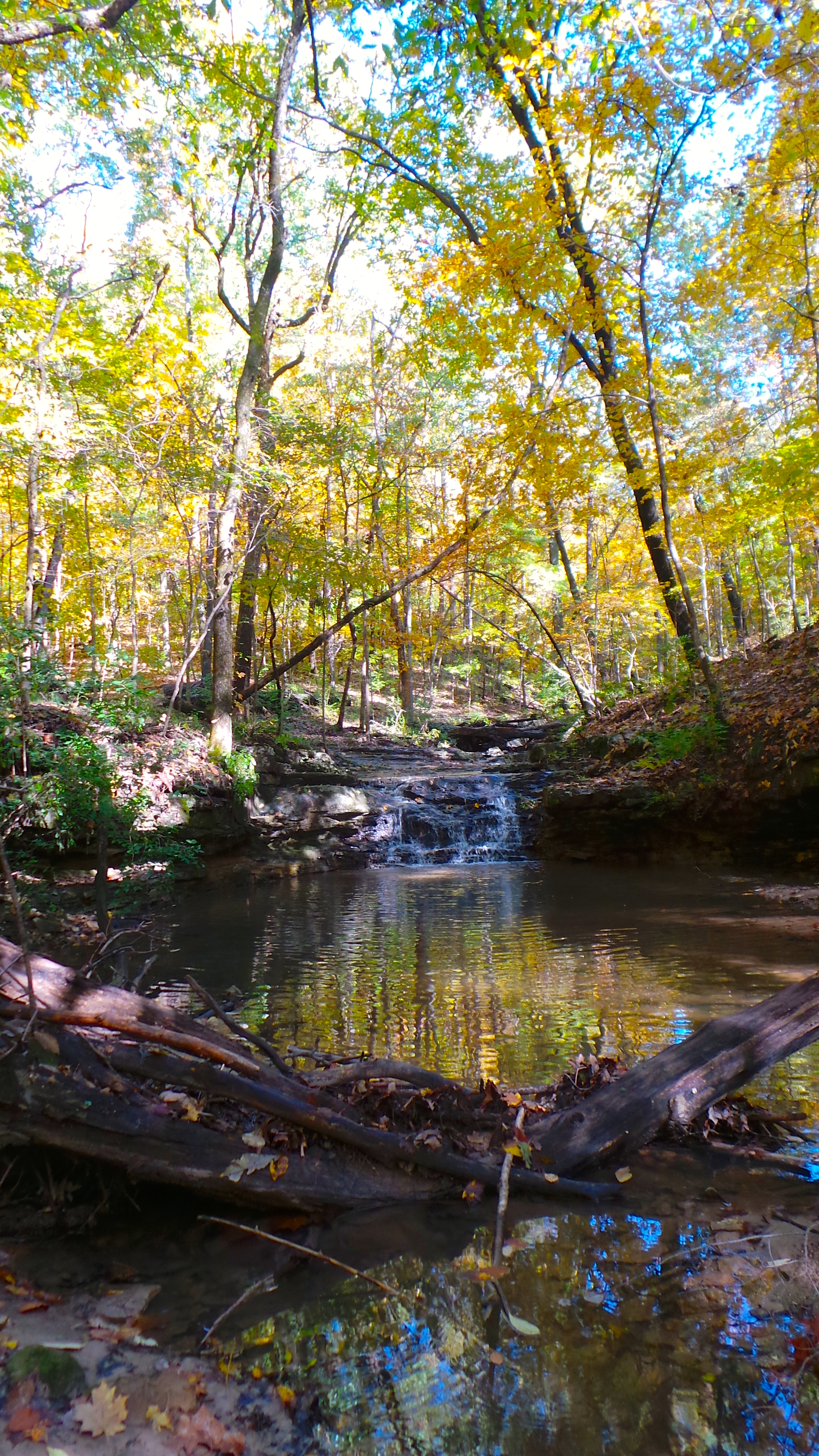 What began as a quick stroll to capture a glimpse of the area became a two and a half hour journey.  I didn’t mind at all; I was in my element and enjoying the peacefulness of being surrounded by nothing but nature. 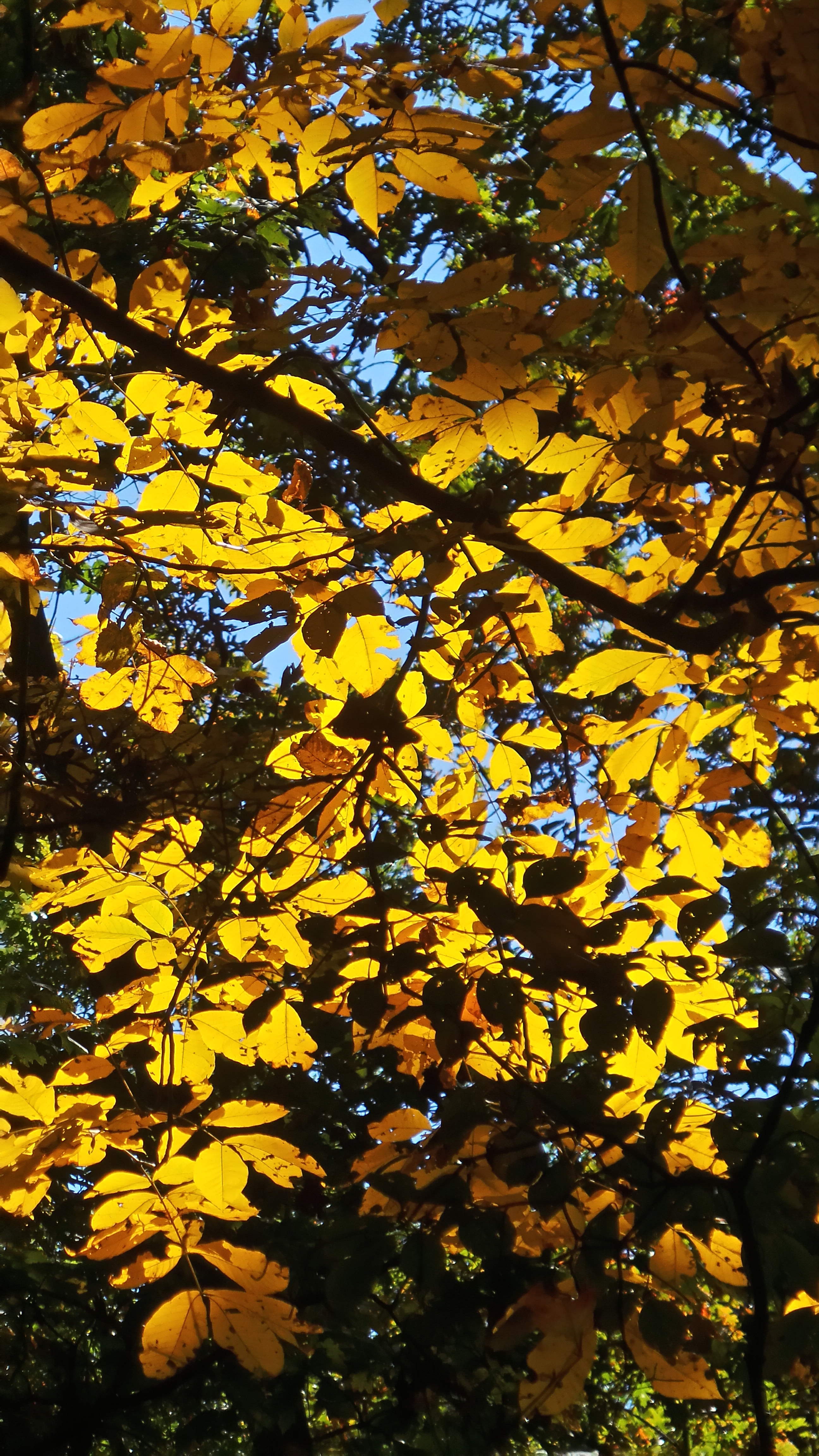 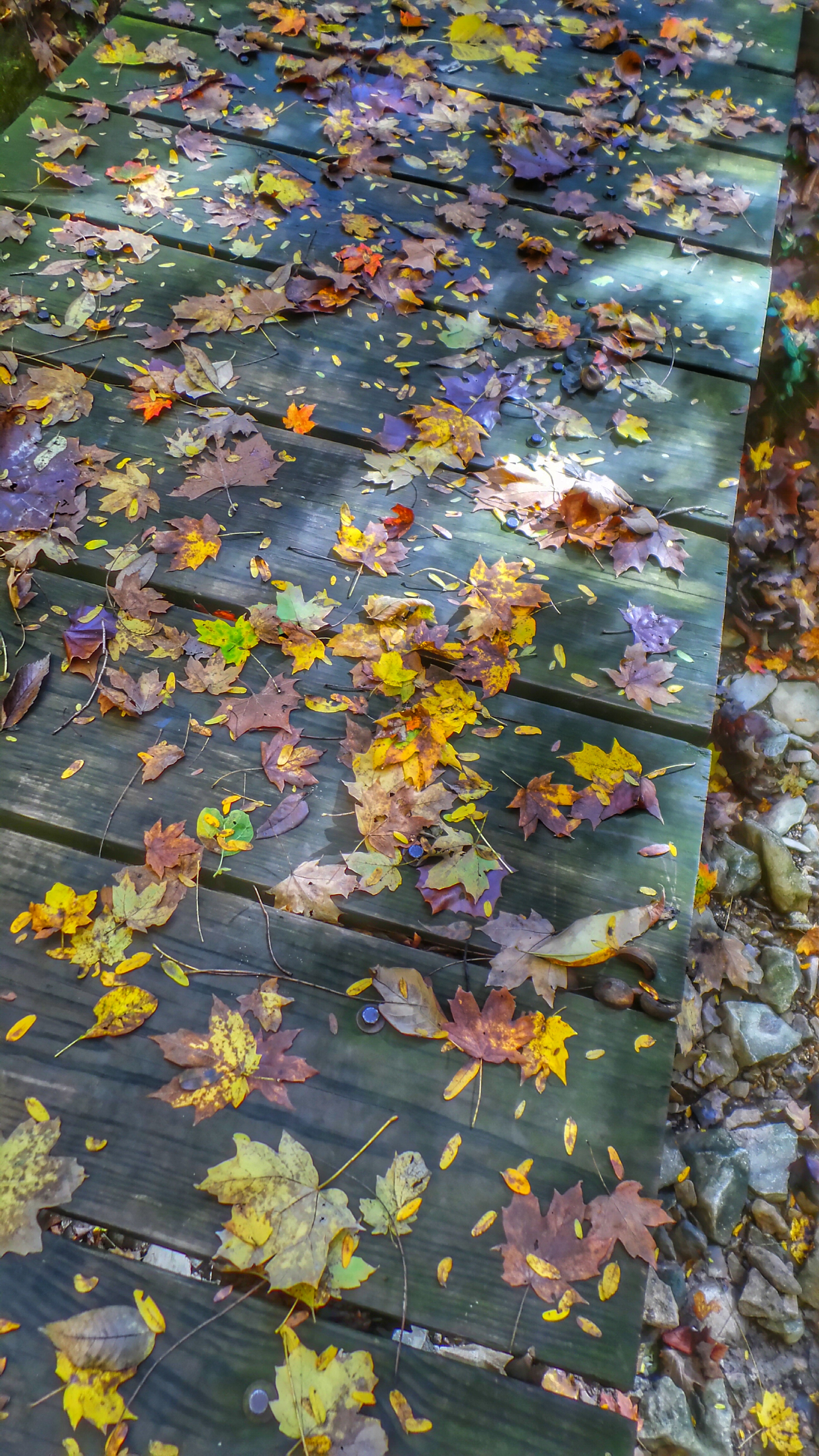 We continued along the path until we came to a tranquil stream, which would eventually lead us to Beaver Falls.  I only wish someone would have captured a photo of us climbing along fallen tree stumps to get to the falls.  Oh, the things we do for the perfect photo. 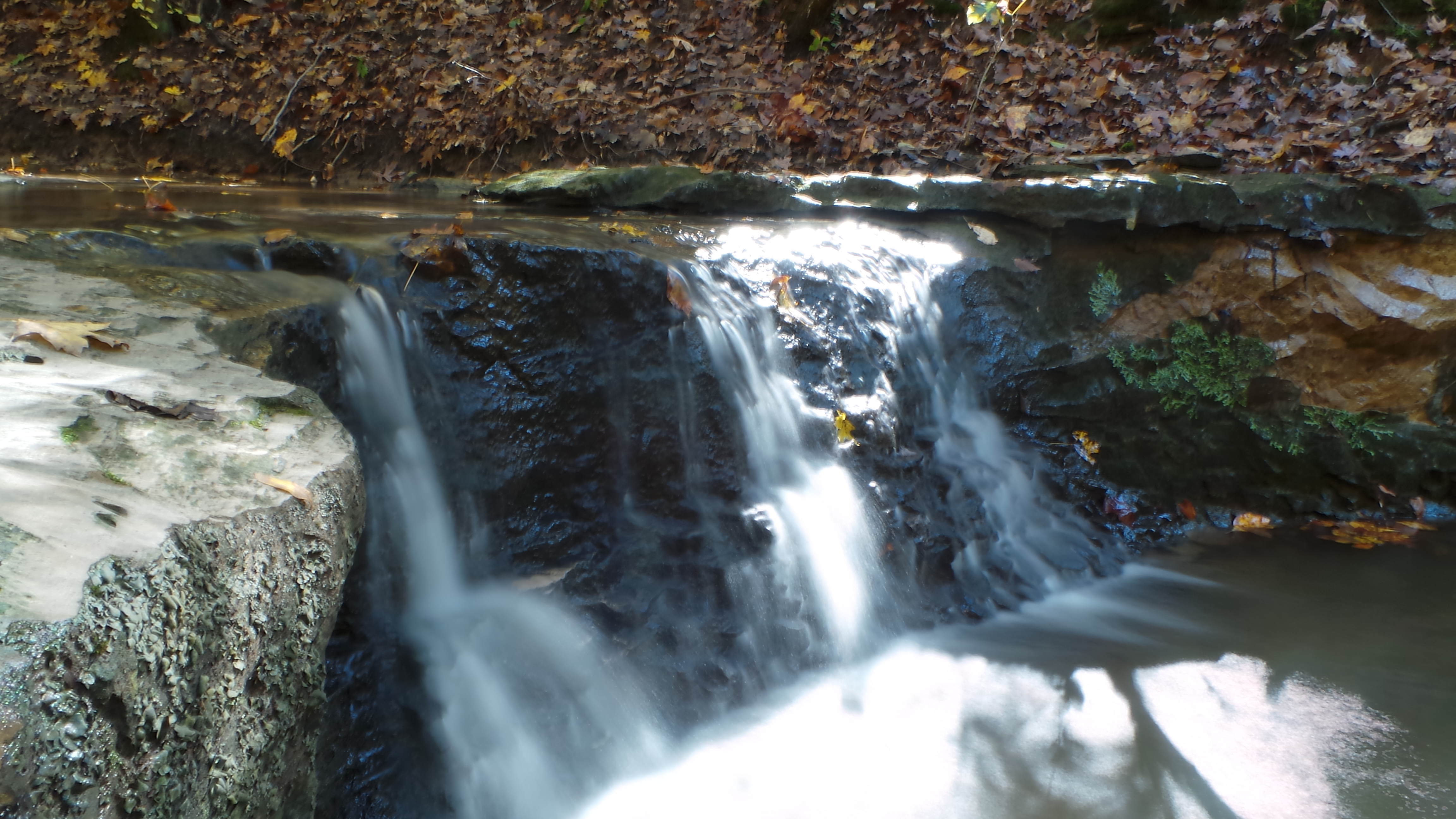 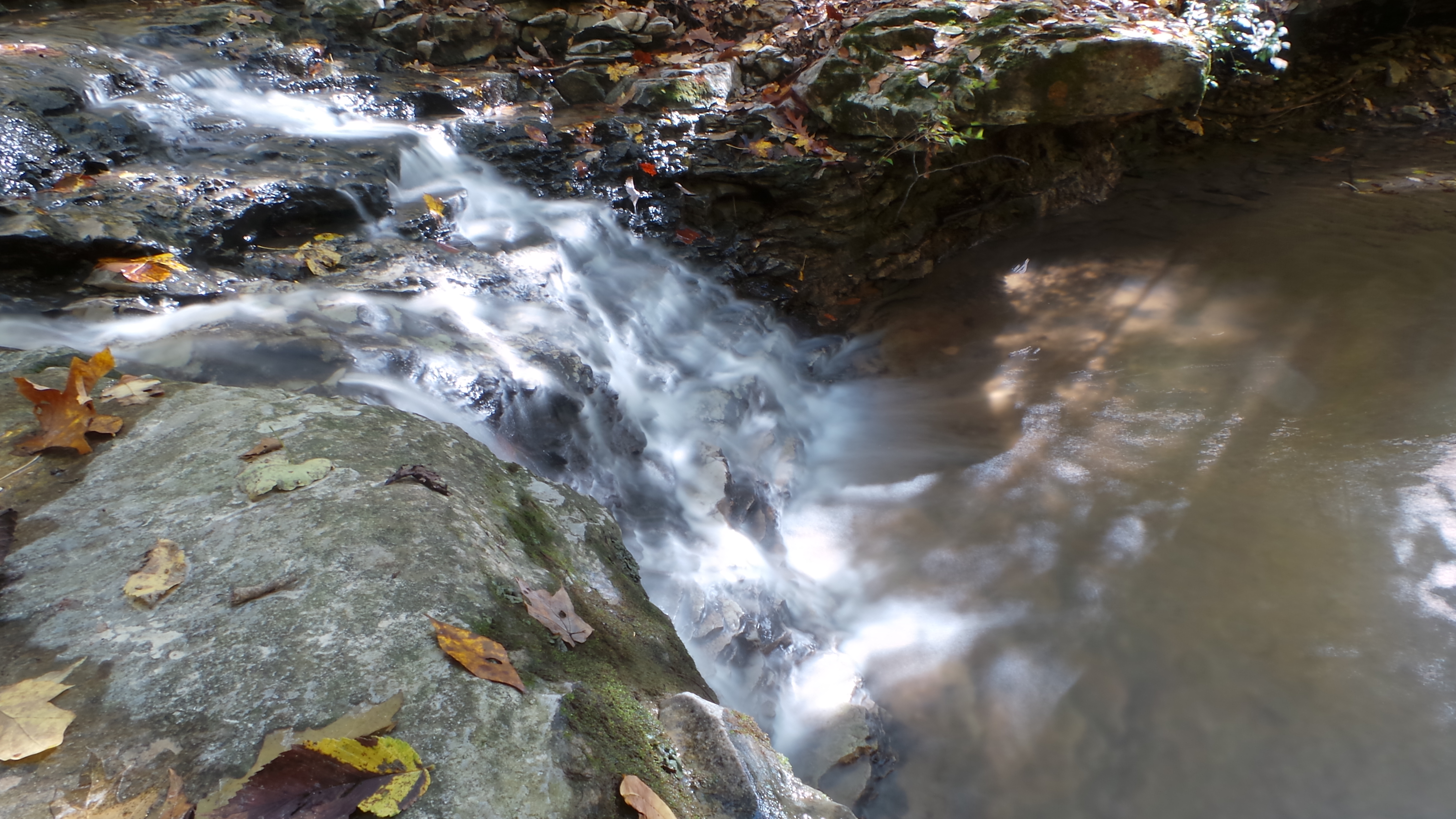 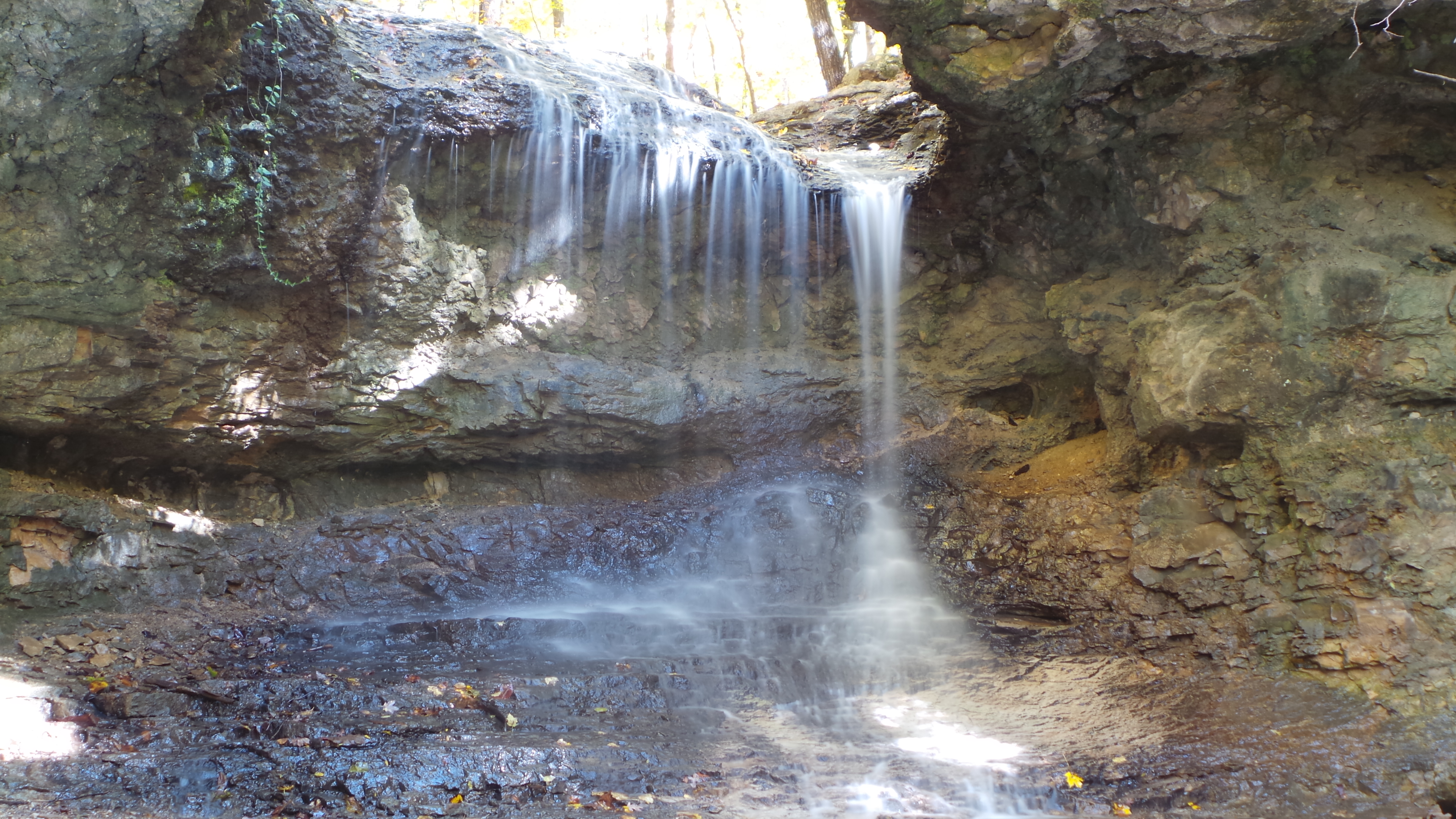 Luckily, I made it through without making a splash.

At this point in the hike, we could have turned around and gone back the way we came, but where’s the adventure in that?  Instead, we took a less defined path which took us completely around the preserve, into each of the three ecosystems; Woodlands, Prairie, and Savanna.  At one point, I wasn’t sure if we were ever going to make it back.  I wasn’t concerned with being lost, just that my phone and camera batteries were quickly dying.   Sometimes being lost is okay when it adds to the greater adventure. 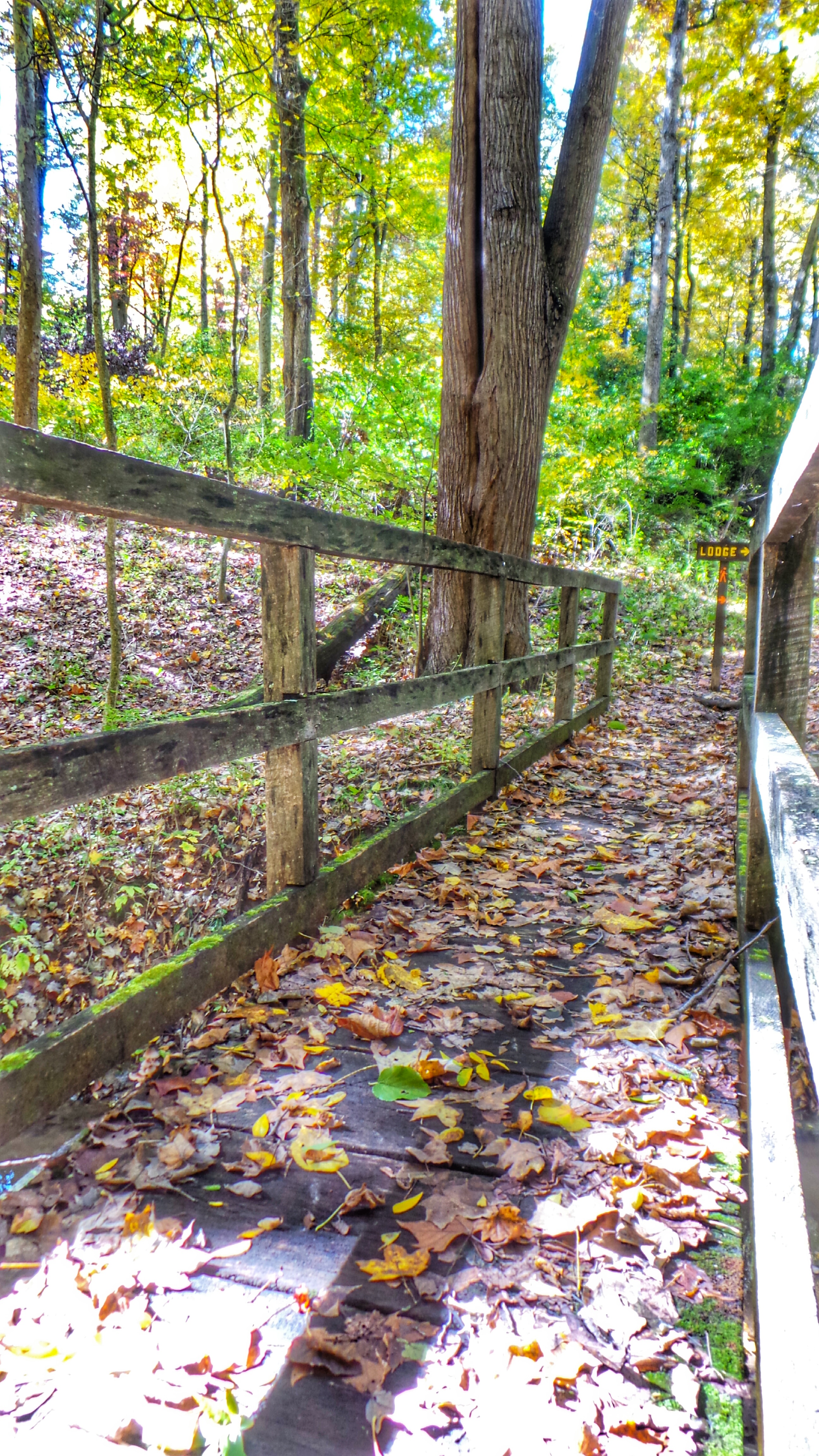 Soon we found ourselves on on the pathway home, back to the lodge.

I sure do love the great outdoors.  I probably could have spent another couple hours exploring The Nature Institute.

I love how peaceful it is; how the beauty of nature has the power to clear your head and make you feel energized.  And, when you find yourself lost among the trees, it’s okay. 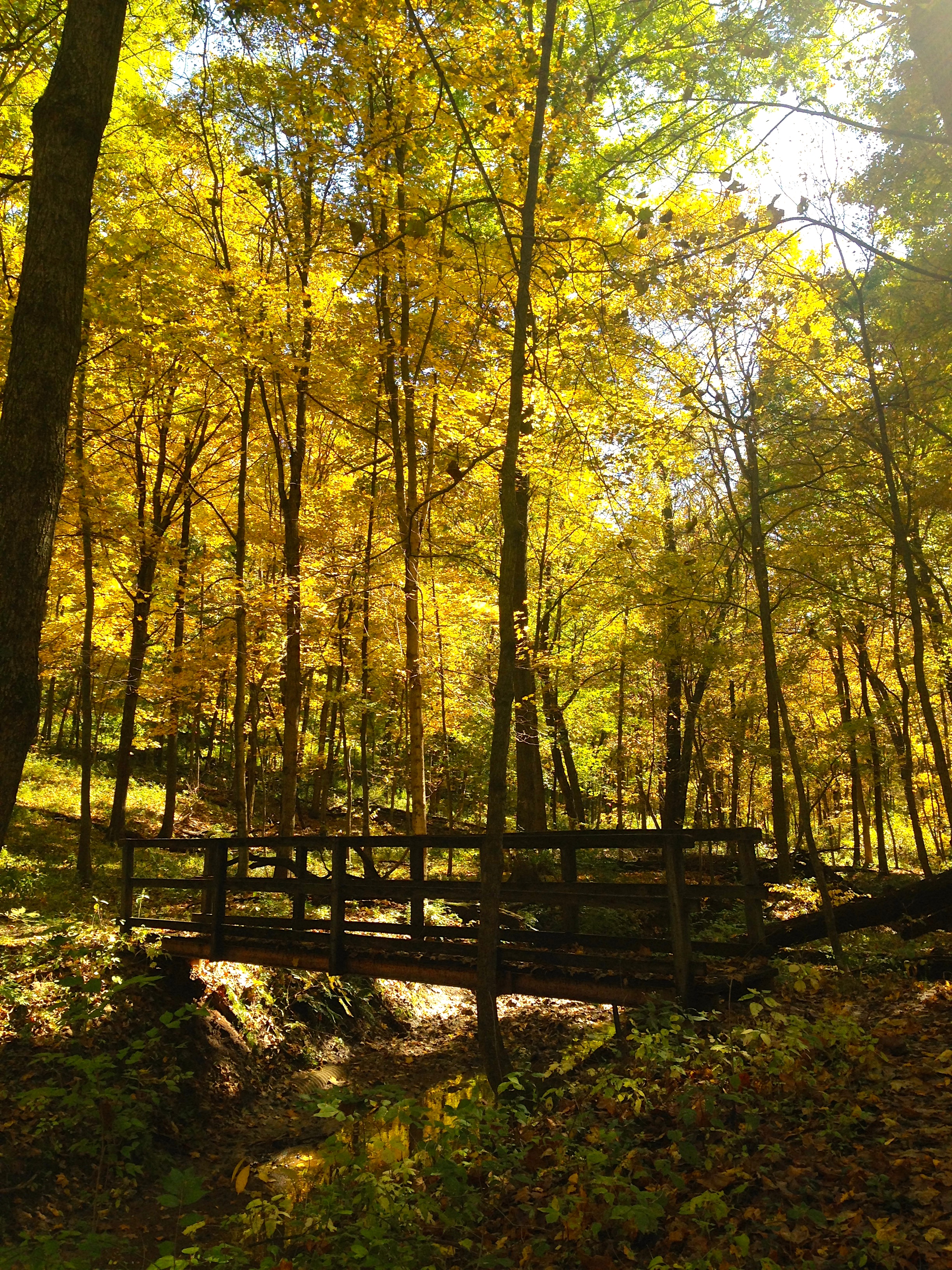 Weekend of Rest and Relaxation at Westgate Lakes