As I began to write this post, I realized the wealth of information (and photos) I walked away with, so I decided to break up my Cuban adventure into various blog posts. I’ll begin at square one, Plaza de San Francisco Asís, the first of four historic squares we visited on our city tour.
I still cannot believe it has already been a week since I set sail for Cuba on Empress of the Seas. 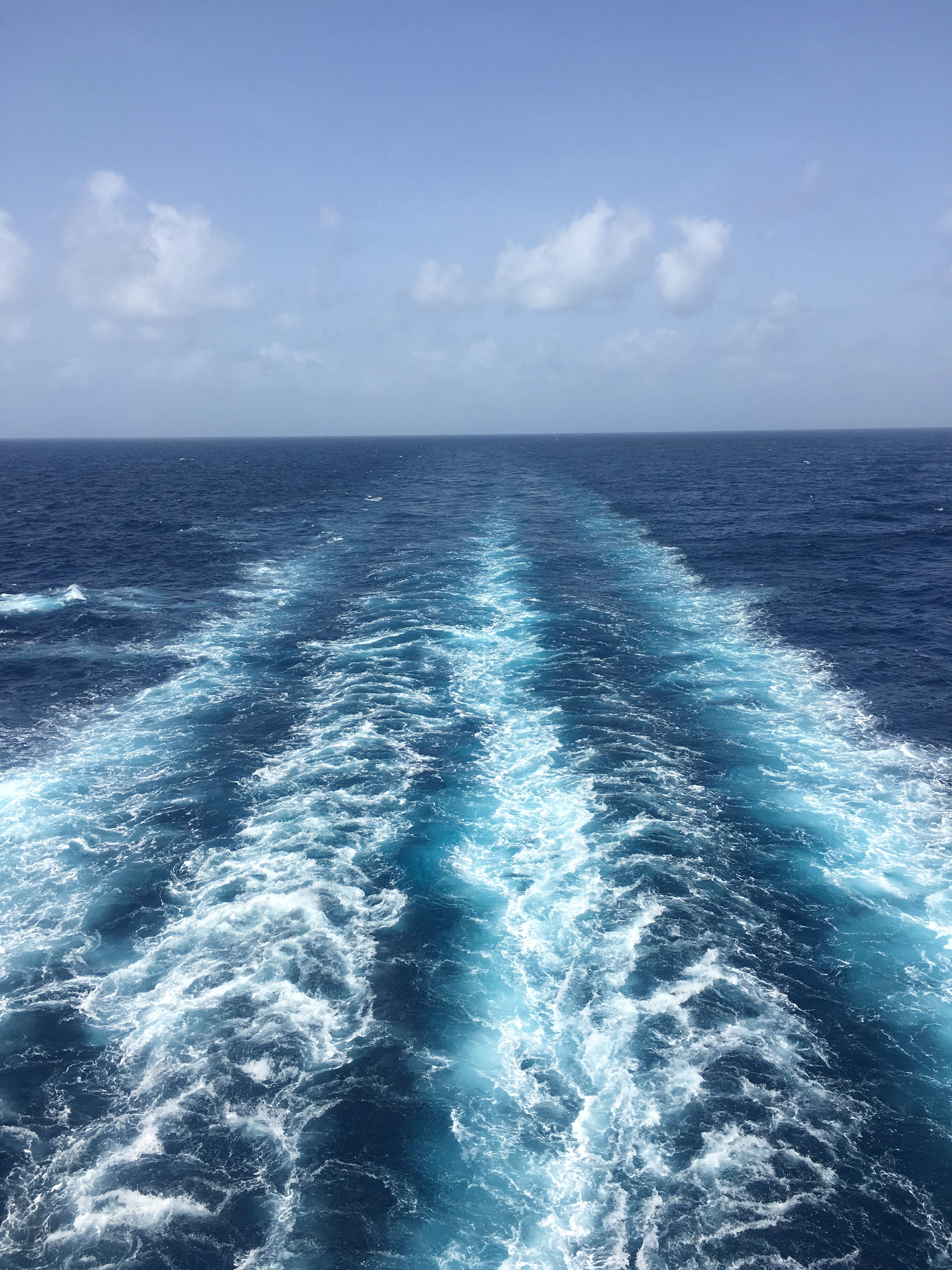 It was an unforgettable experience. I wasn’t exactly sure what to expect when we docked in Havana at sunrise, but I was ready to explore and learn as much as I could, despite it being the crack of dawn.  I’m not a morning person.
We booked a shore excursion through Royal Caribbean, the Old Havana Walking tour. At first, I was concerned about not having a chance to explore on my own, but our guide generously gave us time to wander and take photos–even shop.
The tour began right outside of the cruise port, in Plaza de San Francisco Asís  (San Francisco Square).  The name comes from the convent built in the square during the 16th century, Basilica Menor de San Francisco de Asís. 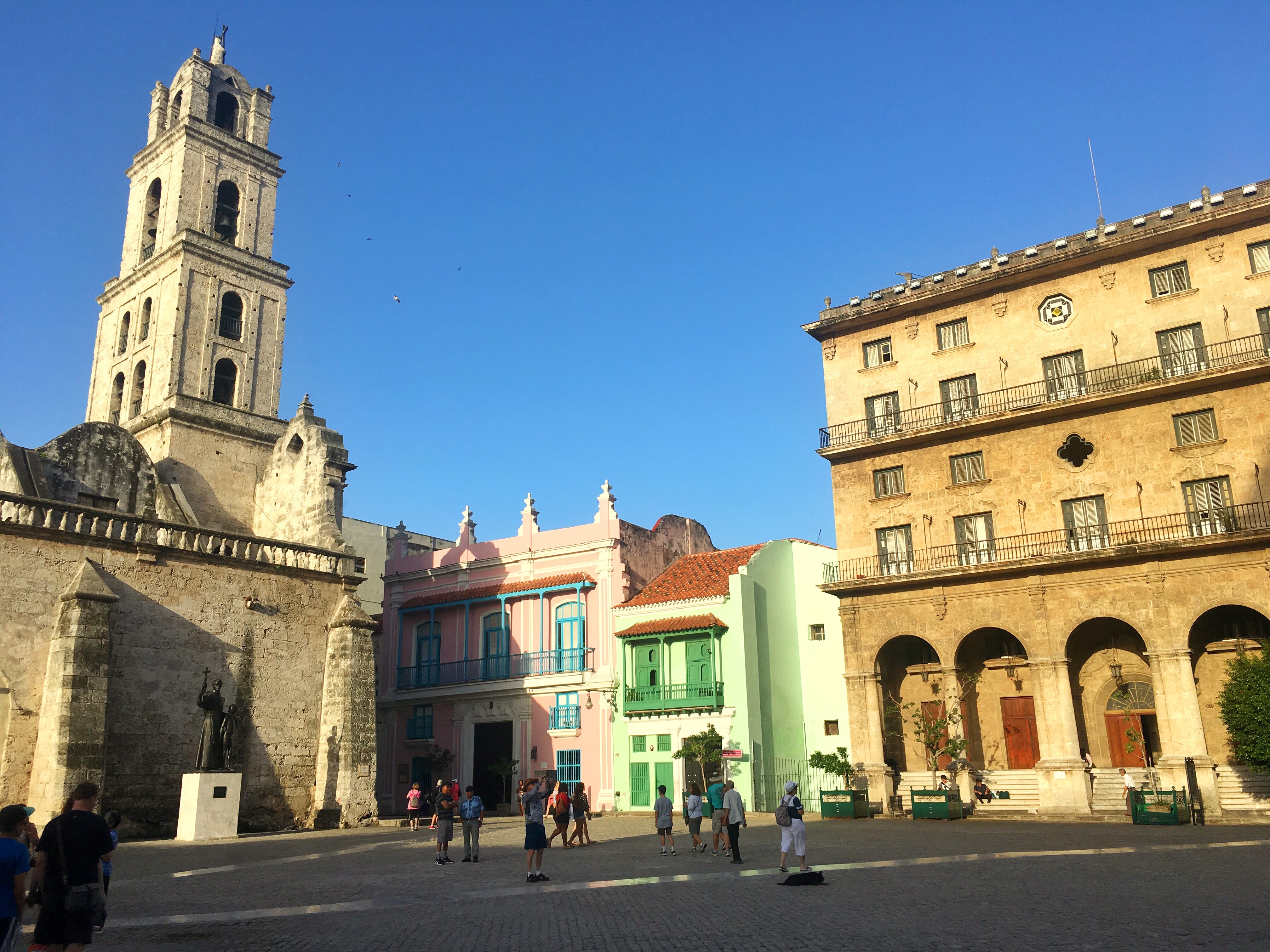 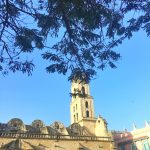 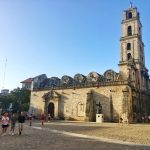 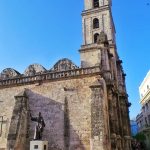 We stepped off the ship and into a time warp. The streets were relatively quiet as we crossed from the cruise terminal to the square. Later in the day, classic cars and horse and buggies line these streets offering tours. Highly recommended experience. 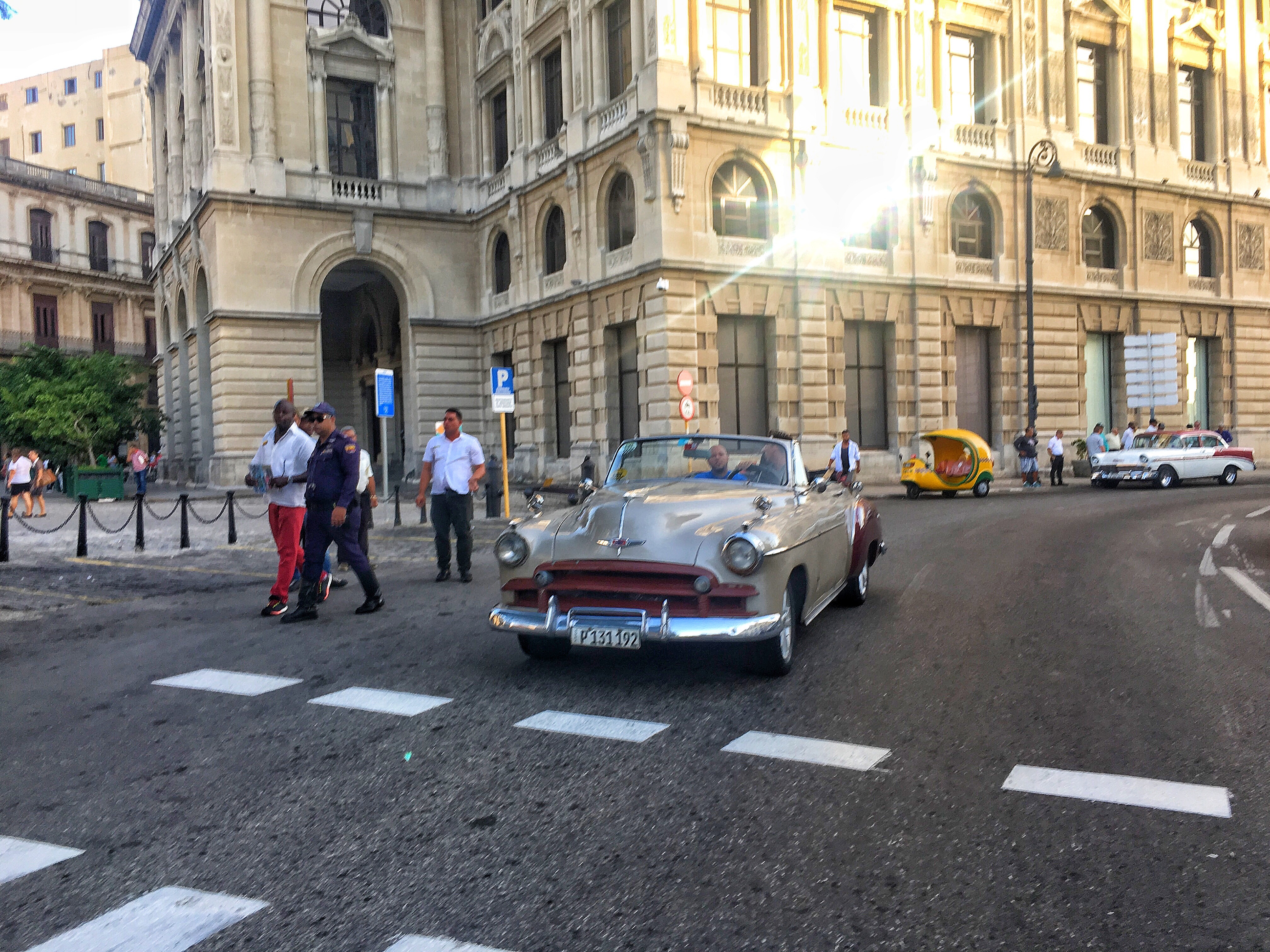 First glimpse of the classic cars which the Cubans simply call “American cars.” 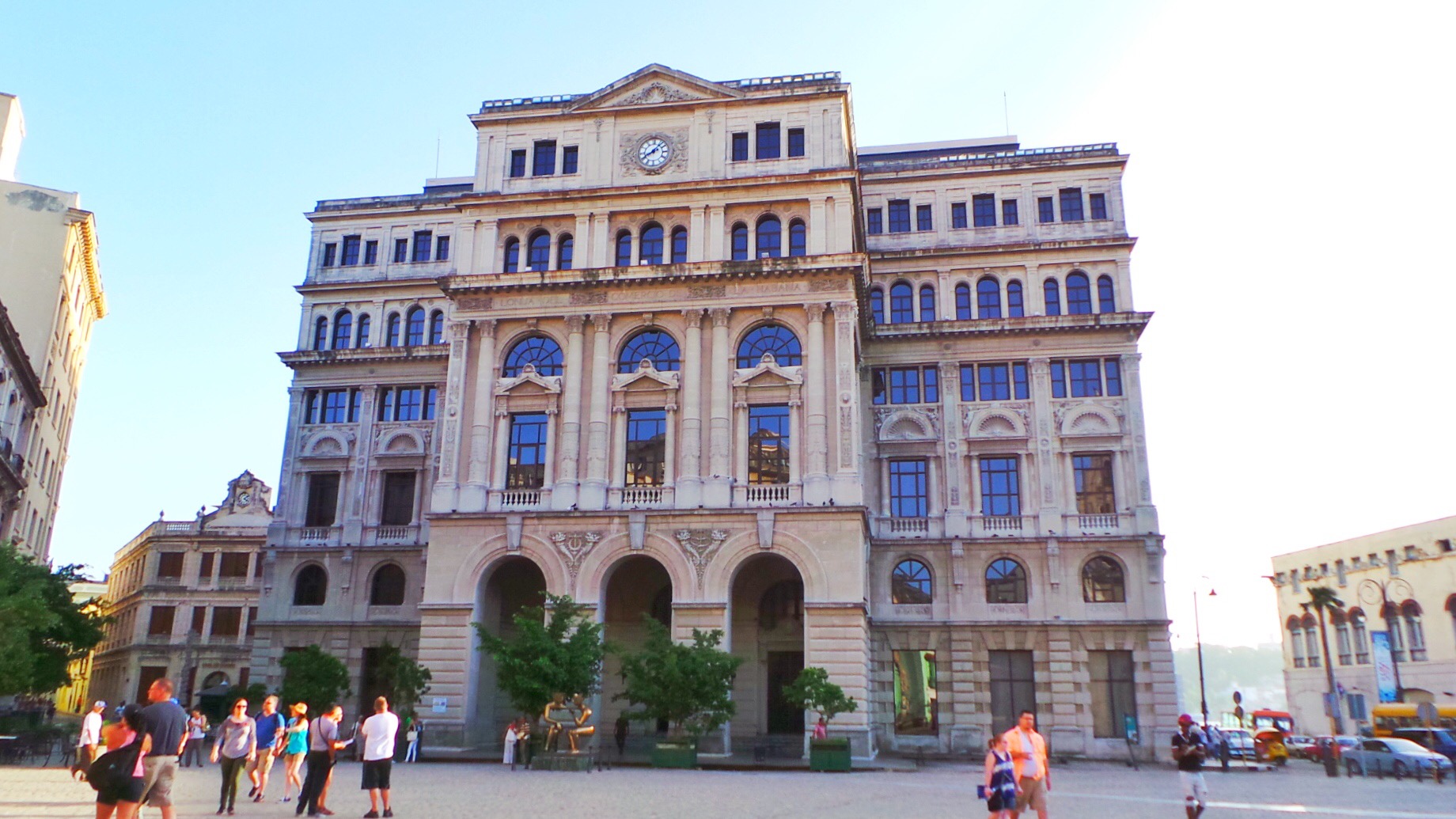 Lonja del Comercio, served as a stock exchange until 1959. It is now an office building housing various media outlets.

At the center of the square lies a beautiful white marble fountain, the Lion Fountain. 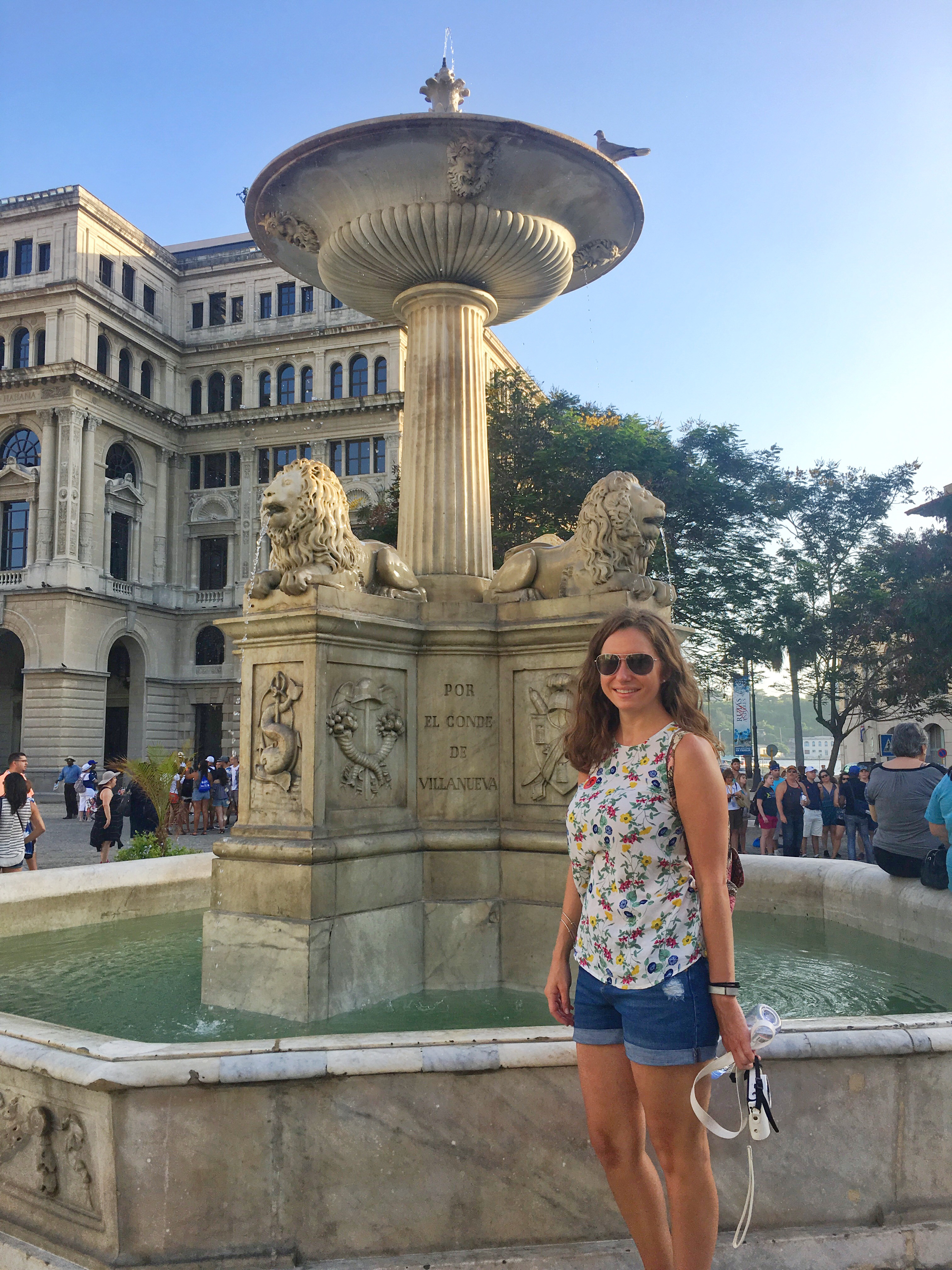 I was instantly amazed by the vibrant colors and stunning architecture. Part of me was expecting the city to be run-down and dirty. It was far from that. In fact, some areas of the city were so clean and well maintained, I felt as though I was on a movie set. 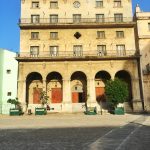 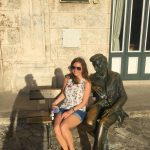 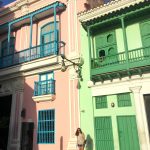 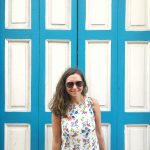 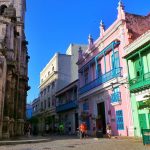 We’ll continue down this alleyway in my next post. 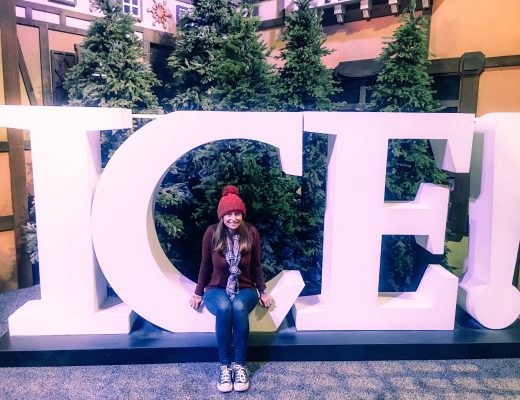 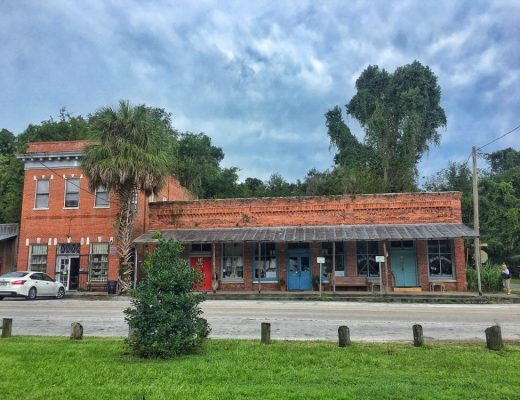 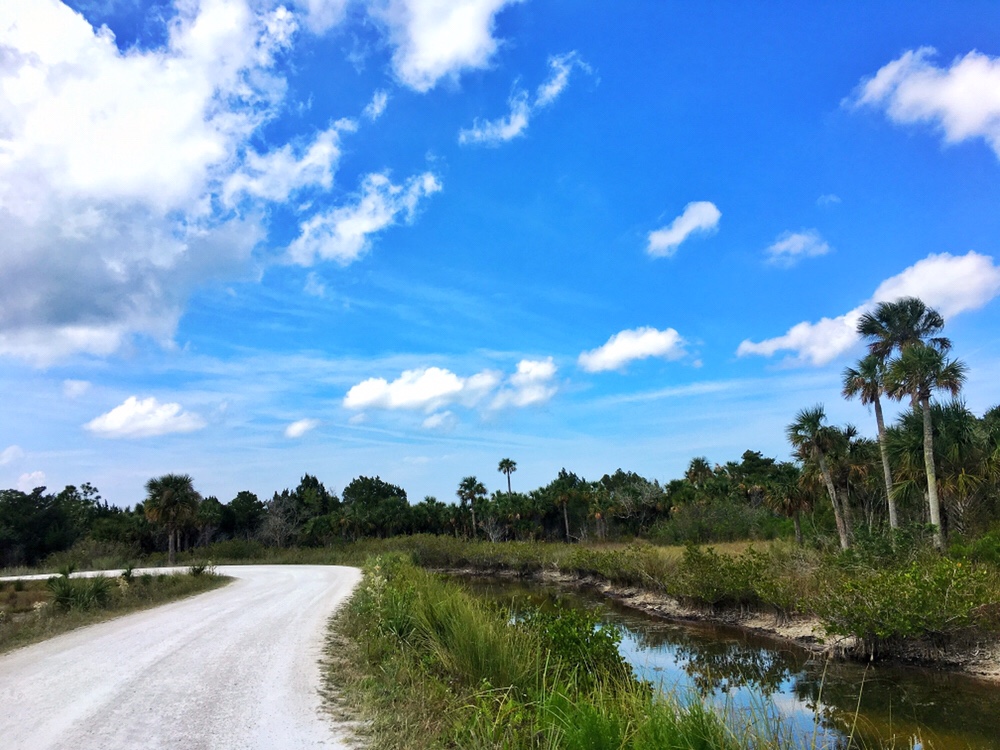