“A man’s house is his castle”

Florida, the land of retirees. Everyone dreams of retiring to the sunshine state and building their own castle made of aluminum in the middle of nowhere…oh wait, that was just Howard Solomon. 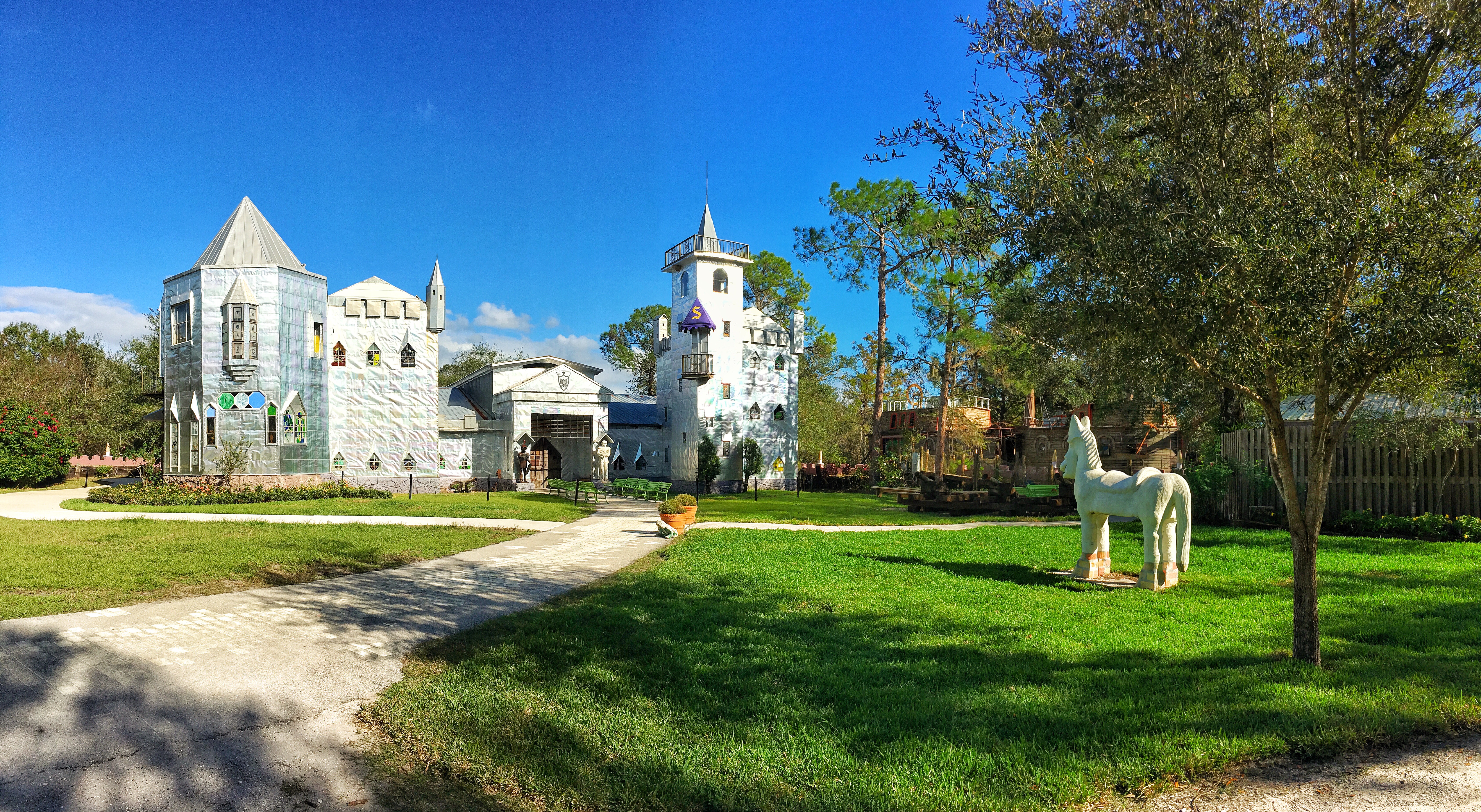 While it may seem kitschy, it was built out of passion and love for art. 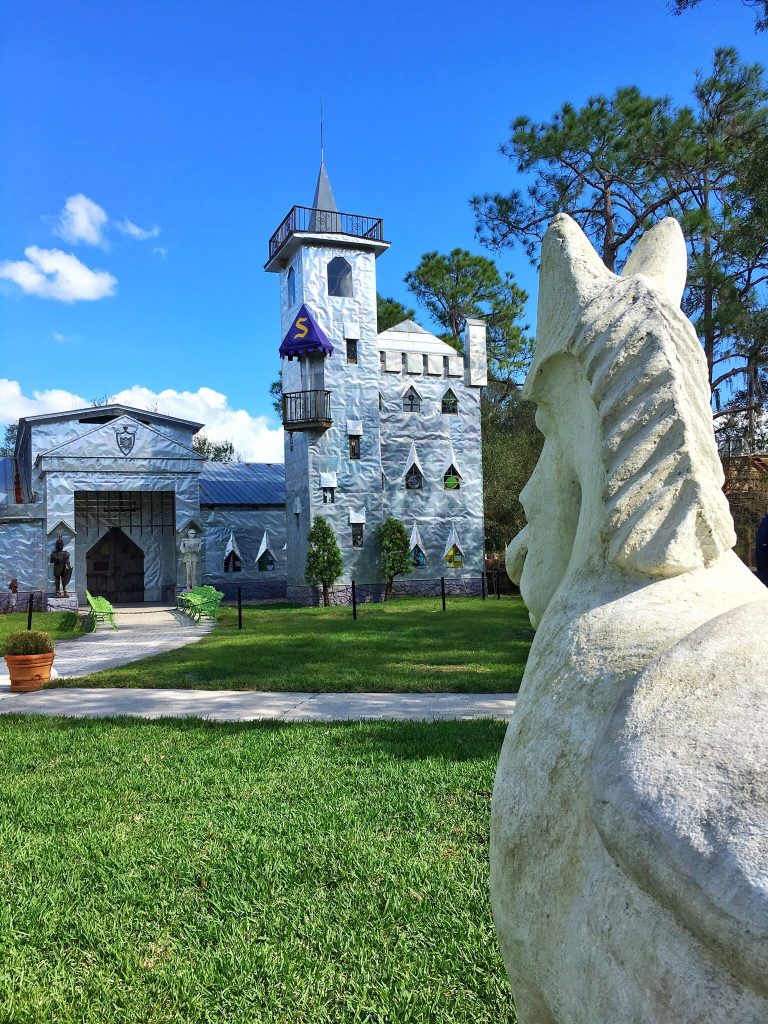 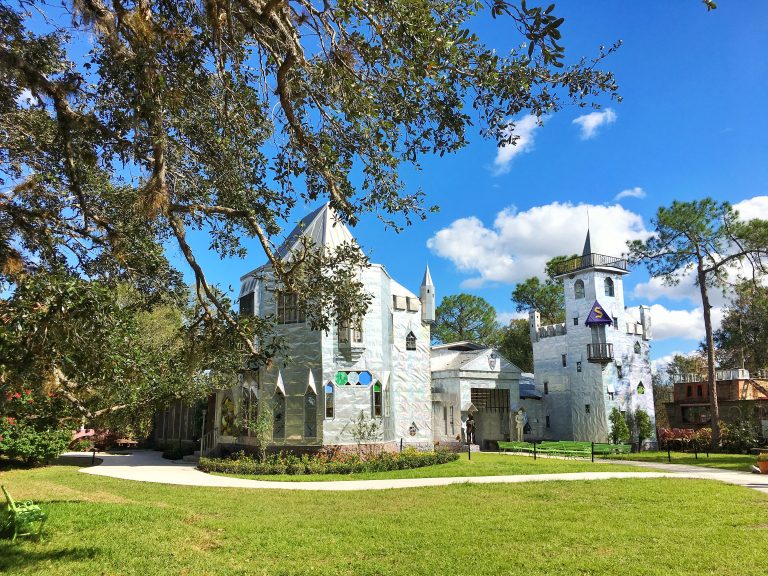 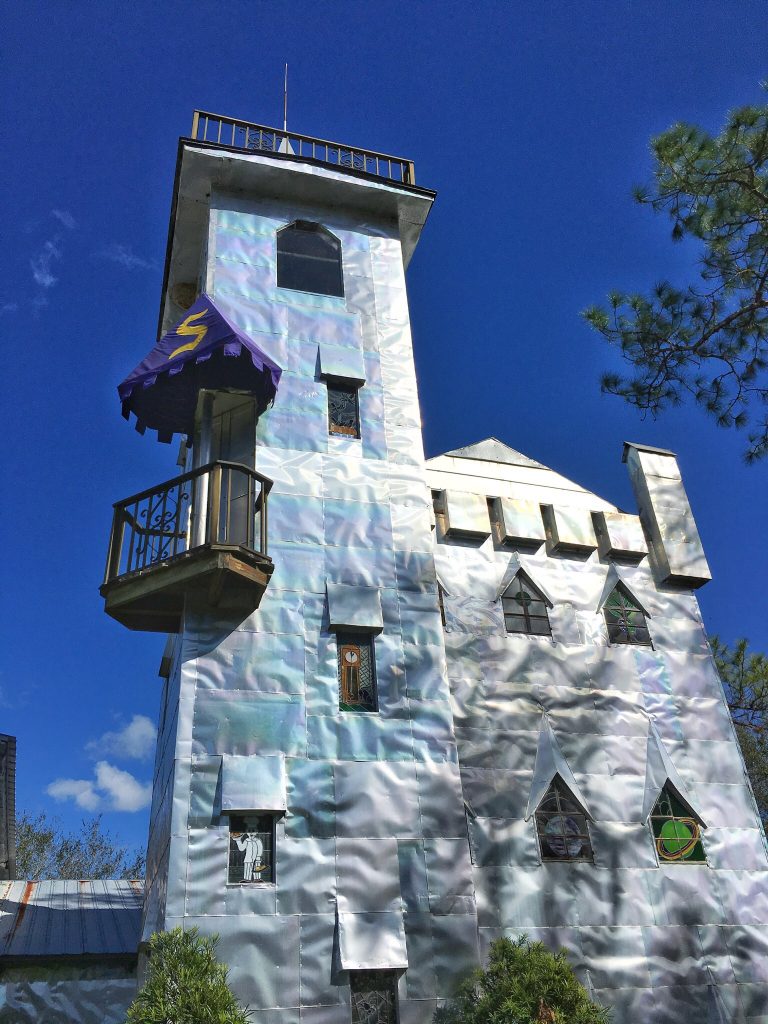 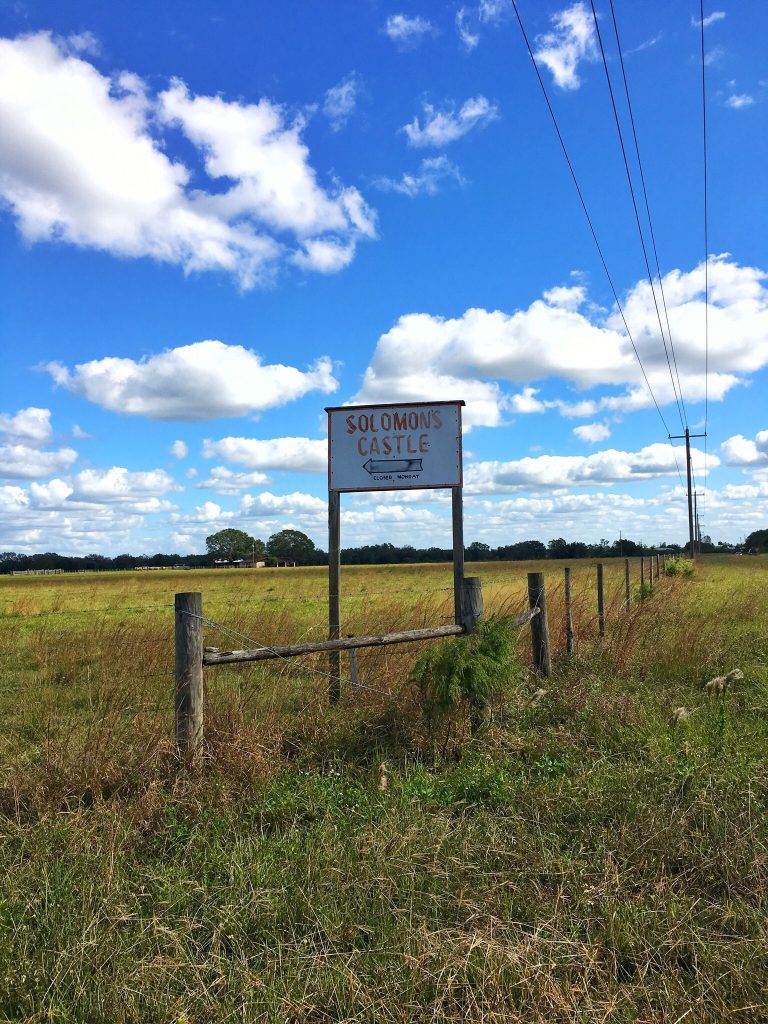 Using other people’s trash, he built a treasure for himself, and his art. The outer walls, made from the repurposed aluminum printing plate of the Wauchula news, shine in the sunlight. Printing plates were only used once and then discarded, but Howard Solomon saw a use for them when constructing his fortress. You can still read the Wauchula news on the backside.
Inside many of the art pieces were constructed out of old rusty gears, car and lawnmower parts and various other items you would most likely find in a junkyard, including beer cans which he crafted a chair out of, as well as various vehicles. 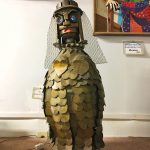 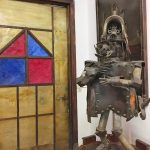 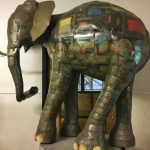 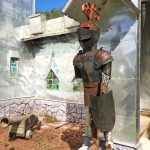 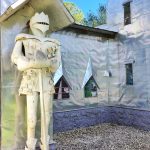 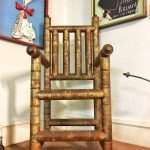 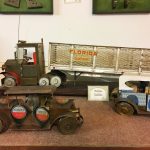 He was a master at recycling, that’s for sure. He couldn’t sit still and thus was always working on something to keep his hands busy, like the figurines below. He carved these while watching TV at night. 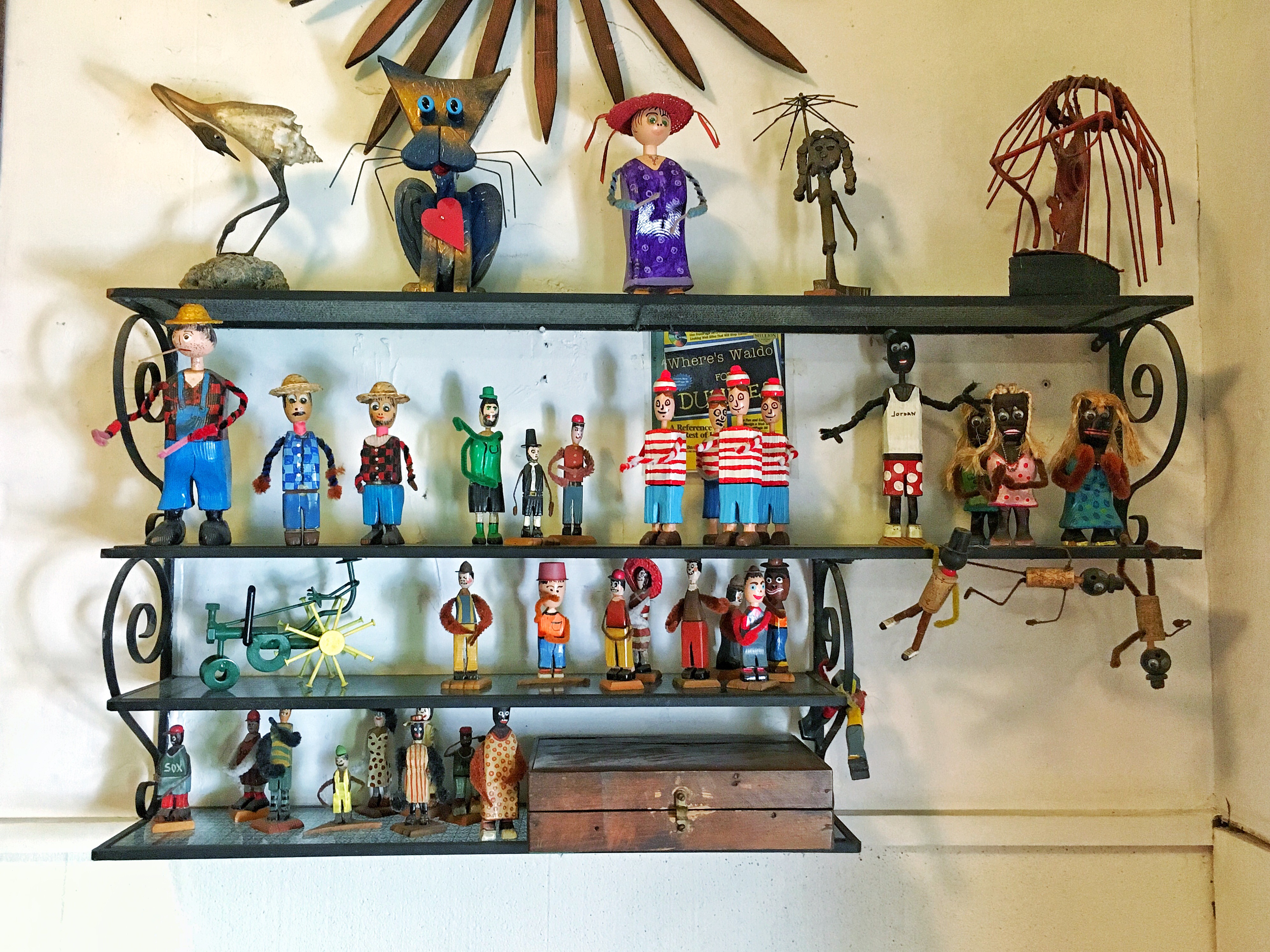 My favorite part of the castle, the stained glass windows. You’ll find 80 throughout the castle. 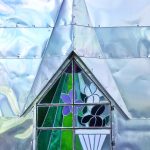 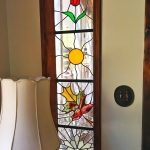 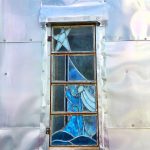 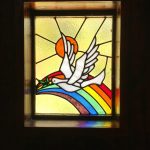 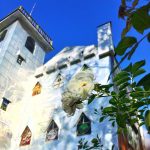 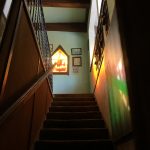 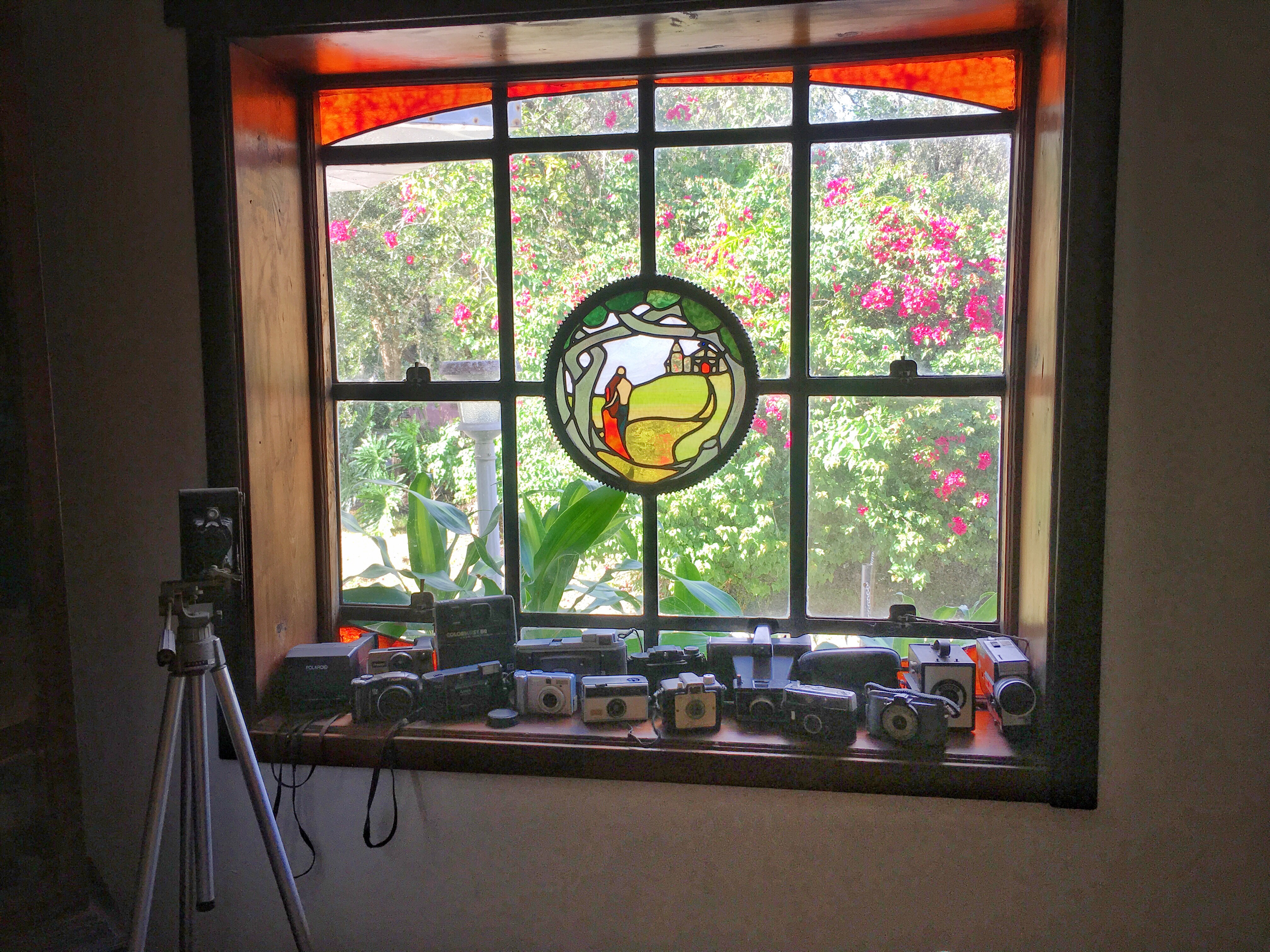 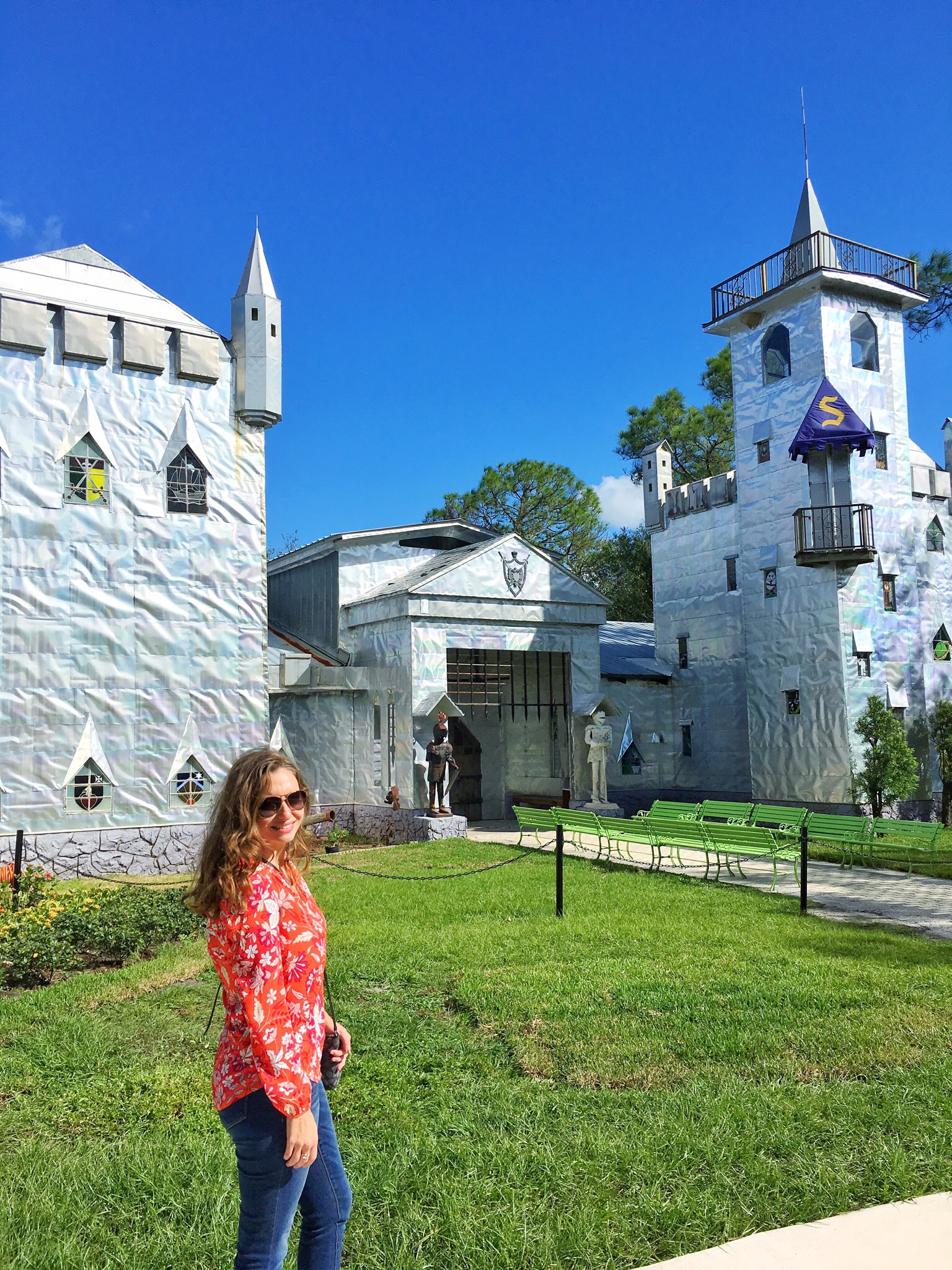 It was one of the most random places I’ve ever visited, but also fascinating and beautiful at the same time. The tour guides play up Howard Solomon’s “punny” humor throughout the tour and then encourage you to wander the grounds after. Like our guide mentioned, the area is a little behind the times, one thing that drew Howard Solomon to this part of Florida, also the fact that it was cheap. That being said, it’s peaceful, quaint and quite picturesque. There is also a restaurant adjacent the castle, The Boat in the Moat. Literally, it’s a boat in a moat, with its very own lighthouse. 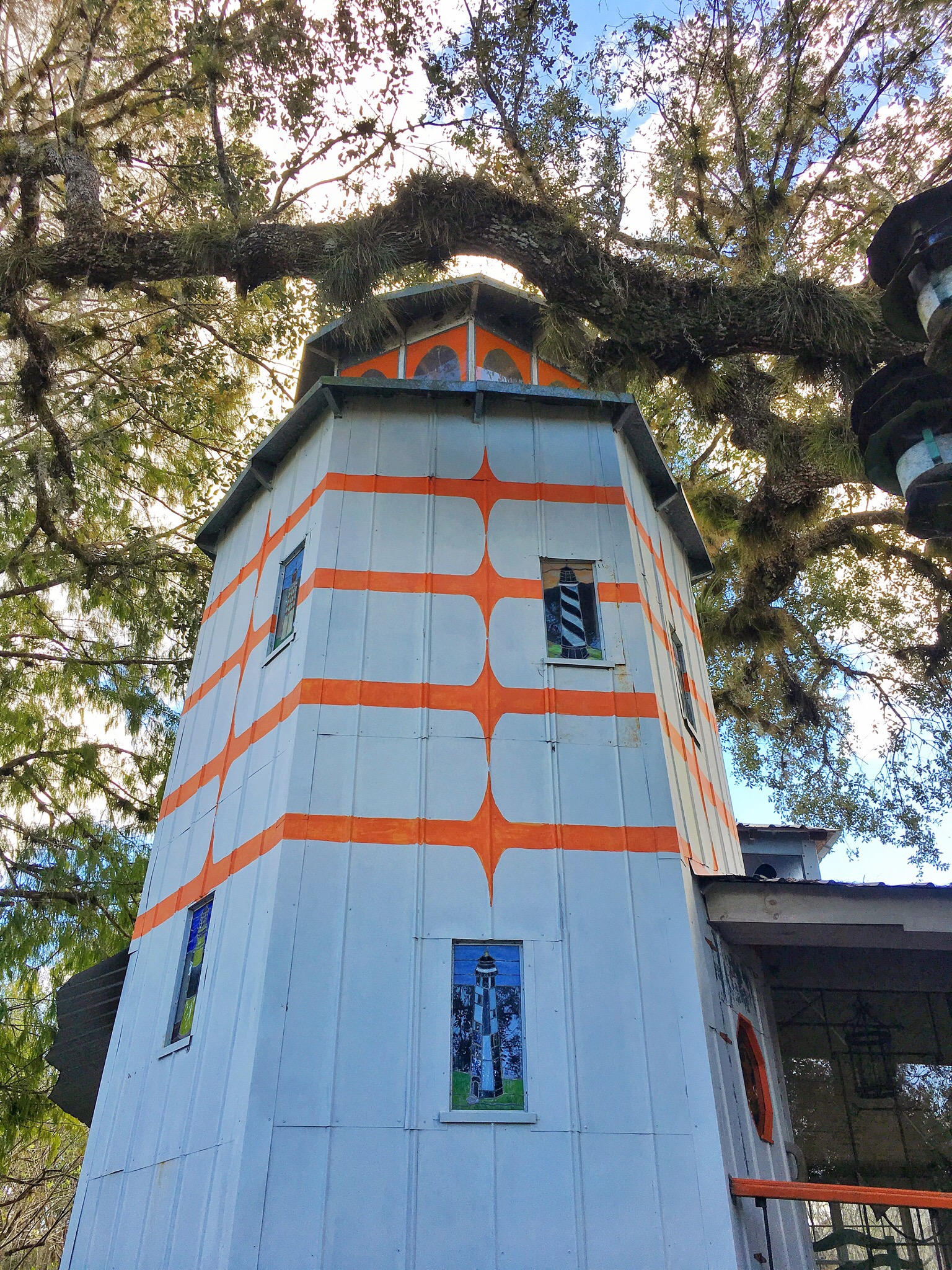 Tours are available October – June for $12.50 per person, but be sure to call ahead before making the trek. Dean will answer the call. 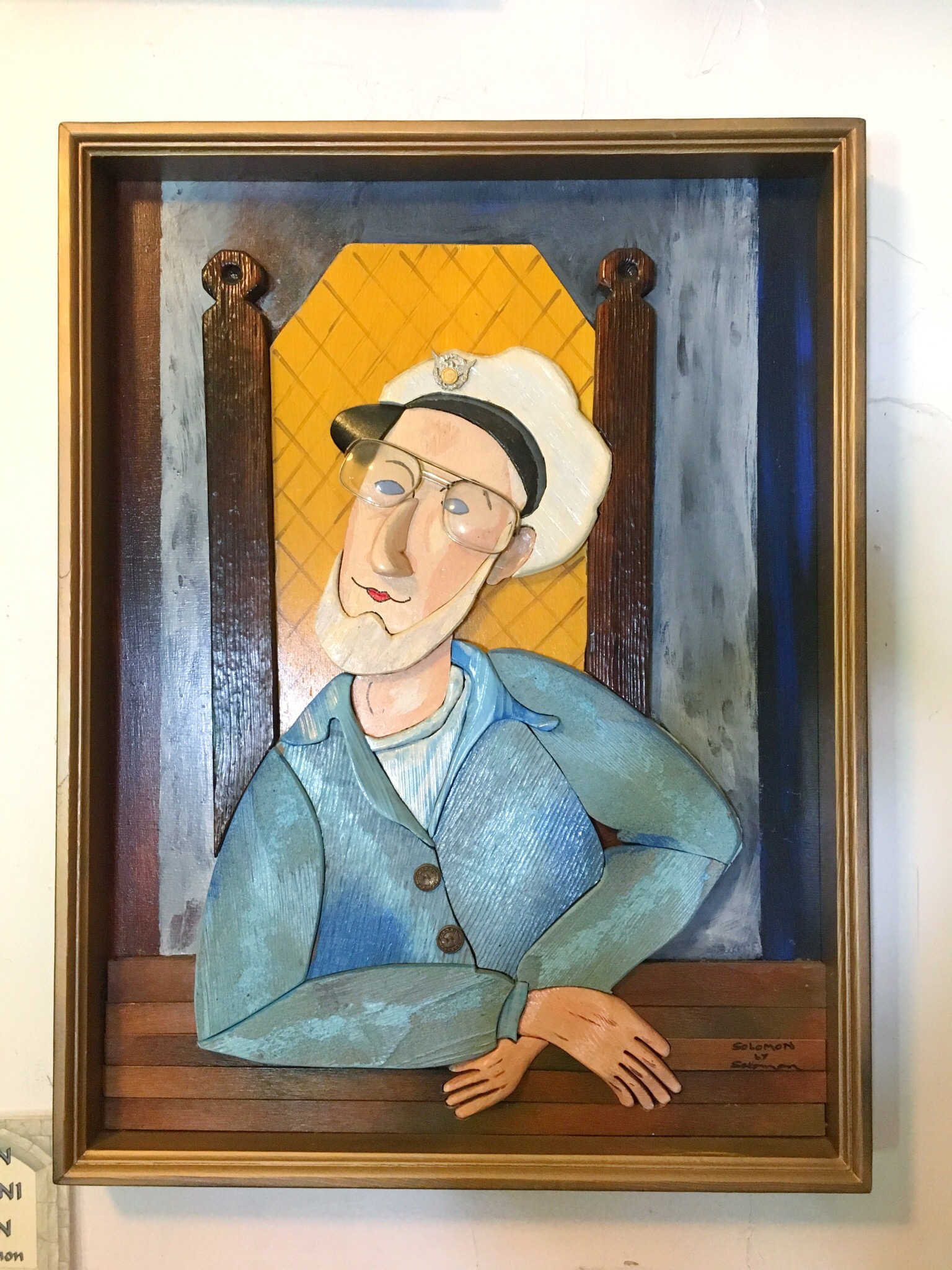 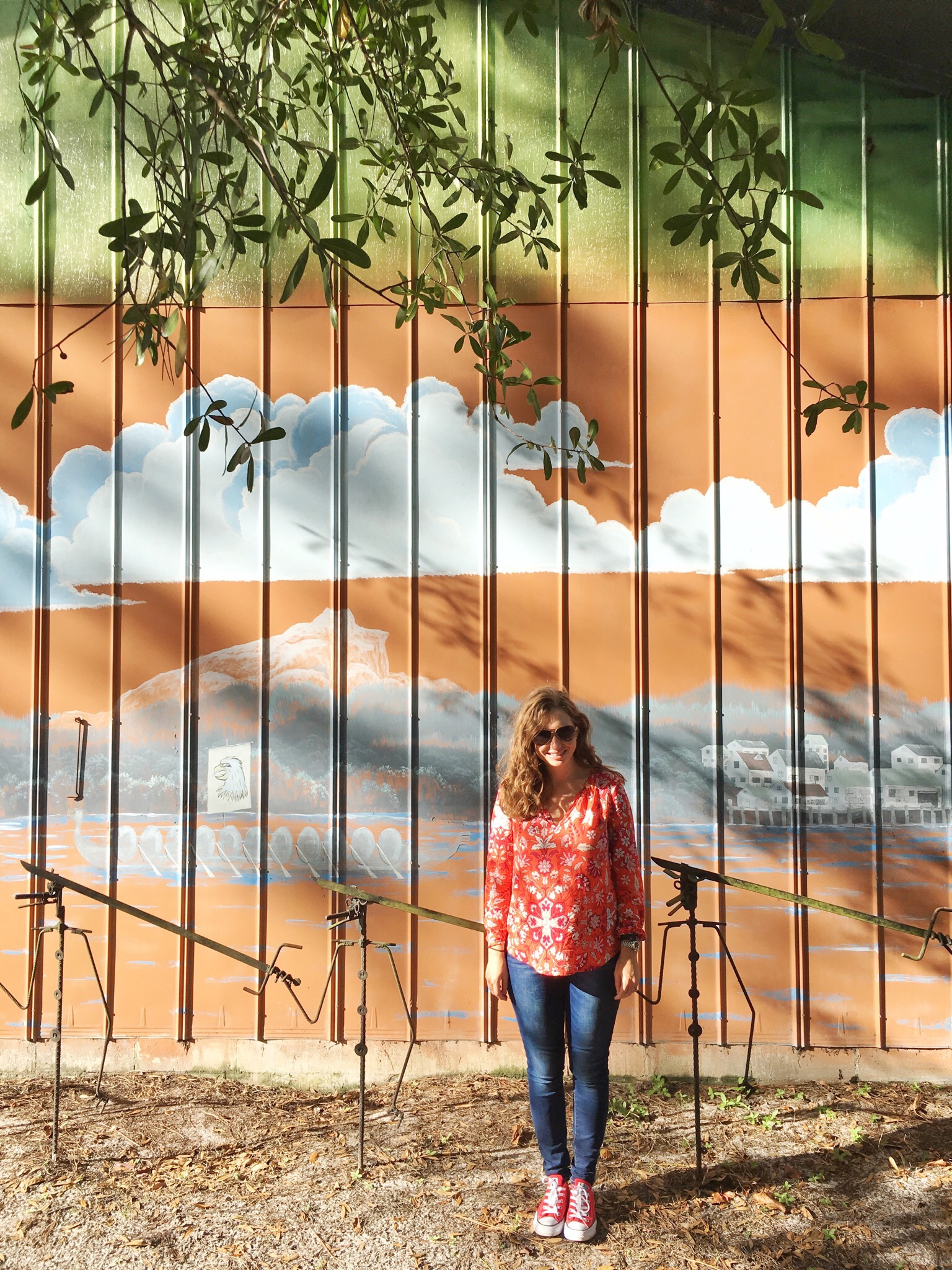 Solomon’s fencing behind me 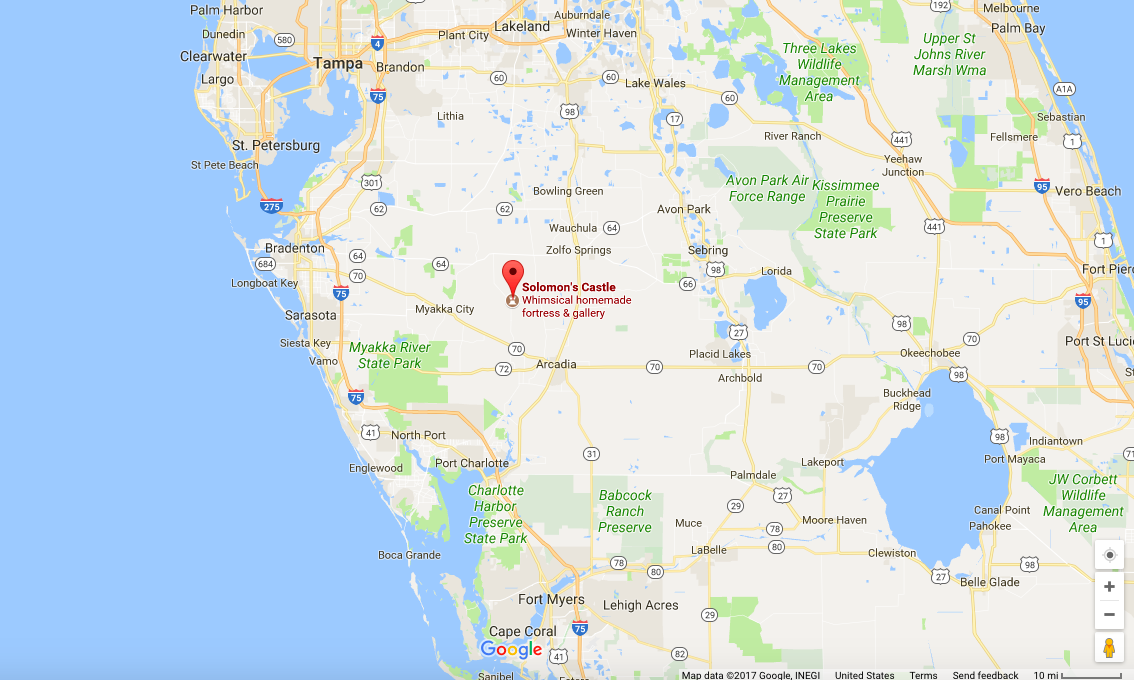 So long Summer, it was fun while it lasted

Fall in Love with Nature in Alton, Illinois