A tree covered boardwalk led to one of the most impressive sights, “The Senator,” a 3,500-year-old Cypress Tree. Unfortunately, it was lost to fire in 2012, and I was even more heartbroken to learn it was an act of vandalism. 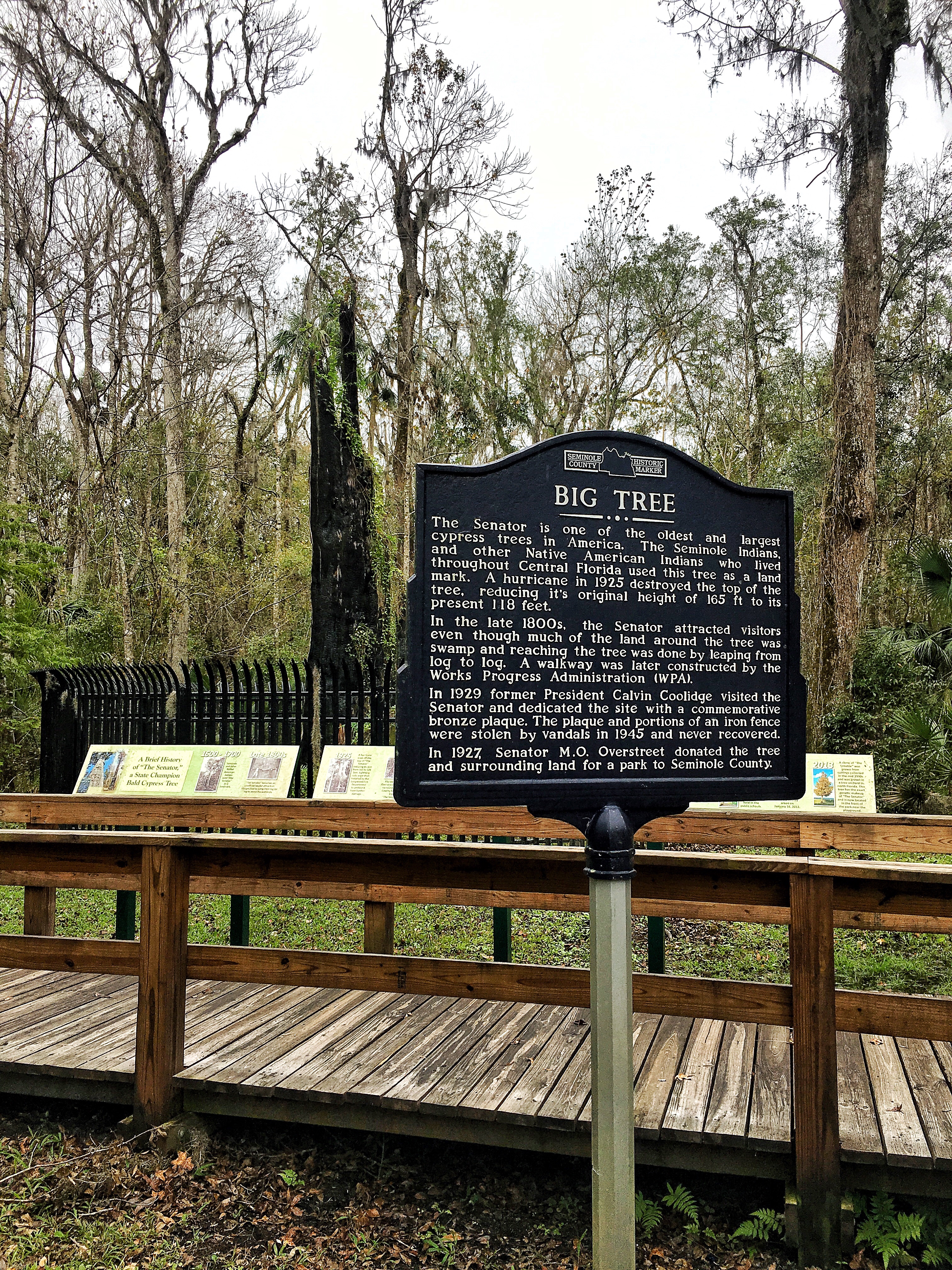 “The Senator” was one of the oldest and largest cypress trees in America. The Native Americans living in the area used this tree as a landmark while making their way through the swampy marsh.
Serious sad face 🙁  I just can’t get over people messing with nature, especially something so historic.
Good news: A clone of “The Senator,” has been planted nearby and named “The Phoenix.” The Phoenix will rise from the ashes of The Senator. 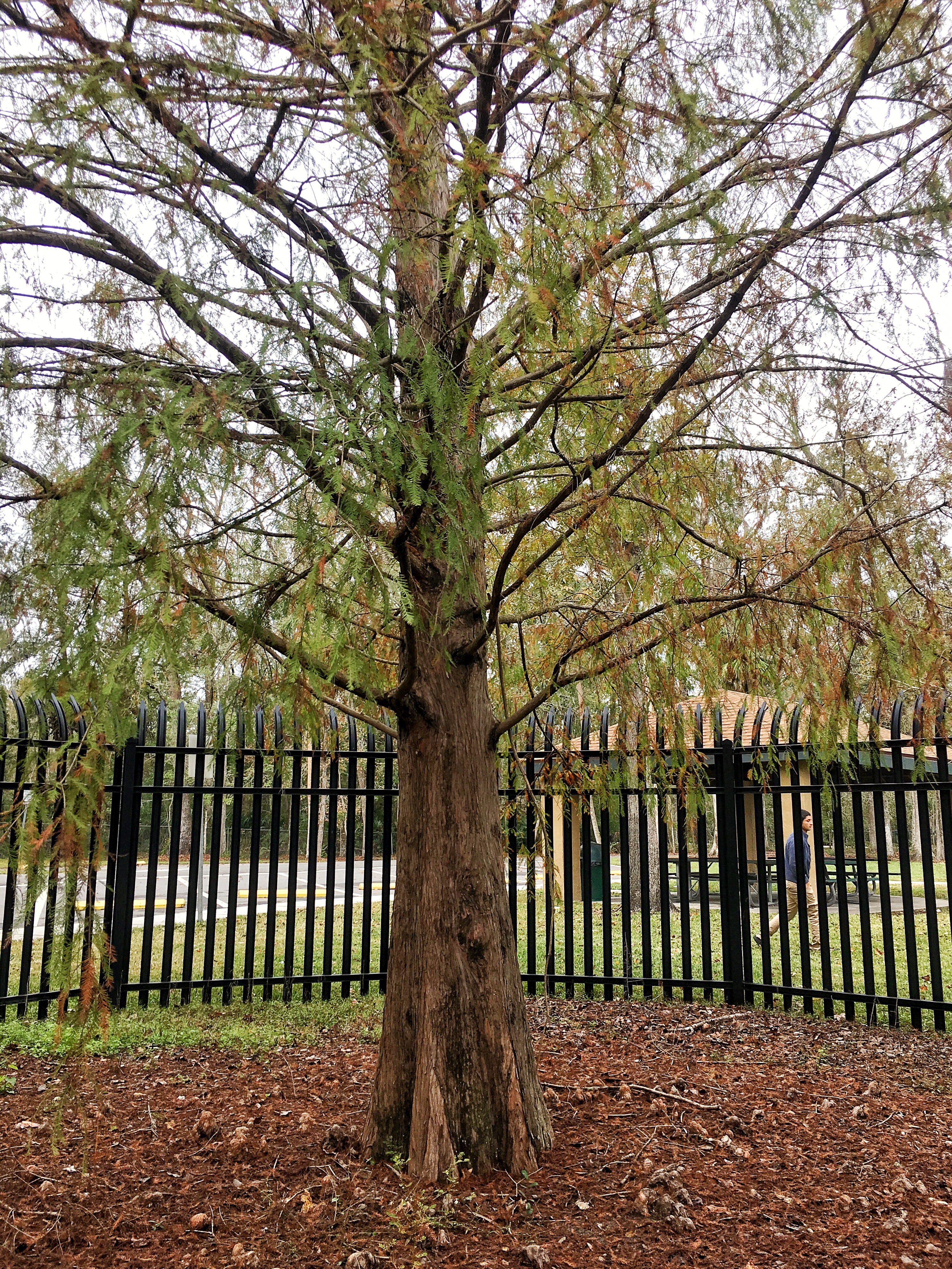 Hopefully, this tree will survive more than 3,500 years. I can’t even begin to imagine what the world might be like that far into the future. Anyone know how to time travel??
“Lady Liberty,” a 2,000-year-old Bald Cypress is still standing tall just 40 feet from the remains of “The Senator.” 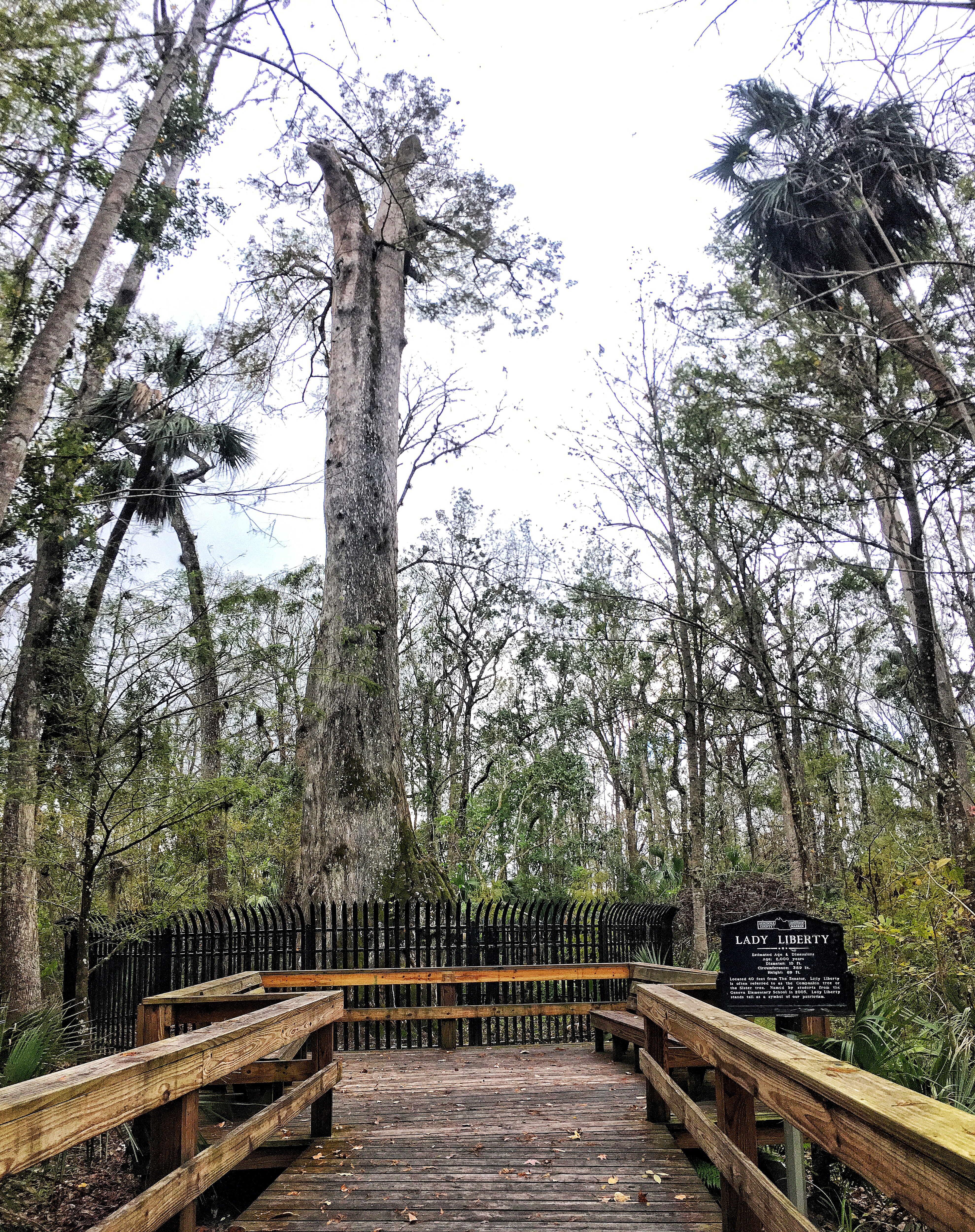 “Lady Liberty” is the sister tree to “The Senator” and stands at 89 feet. 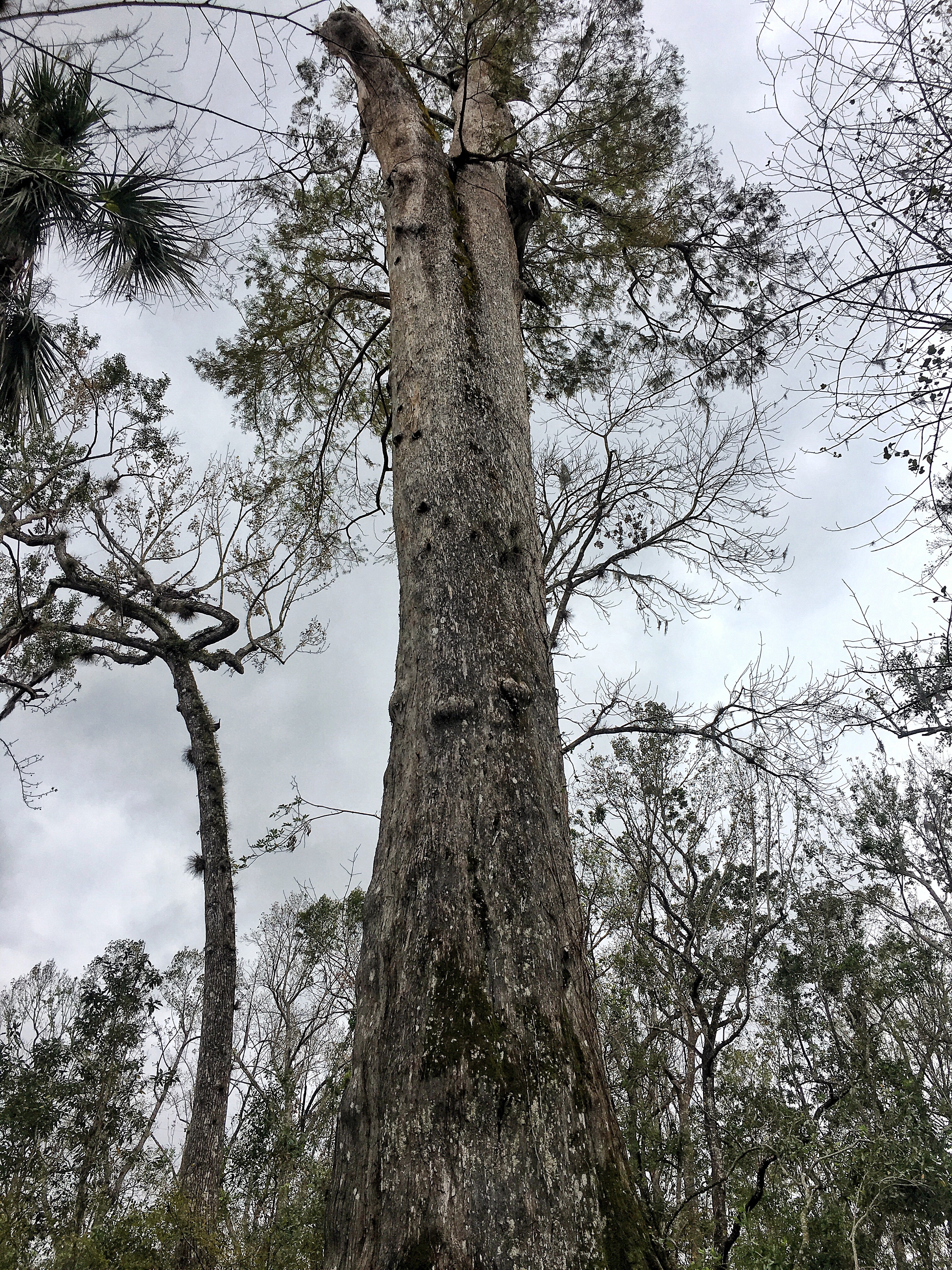 Big Tree Park is just a short drive north of Orlando and a peaceful retreat from the big cities around it.

Wish I Could Be Under the Sea at SEA LIFE Orlando