Withlacoochee, try saying that three times fast, or even three times correctly. I couldn’t seem to manage that despite how memorable it was. 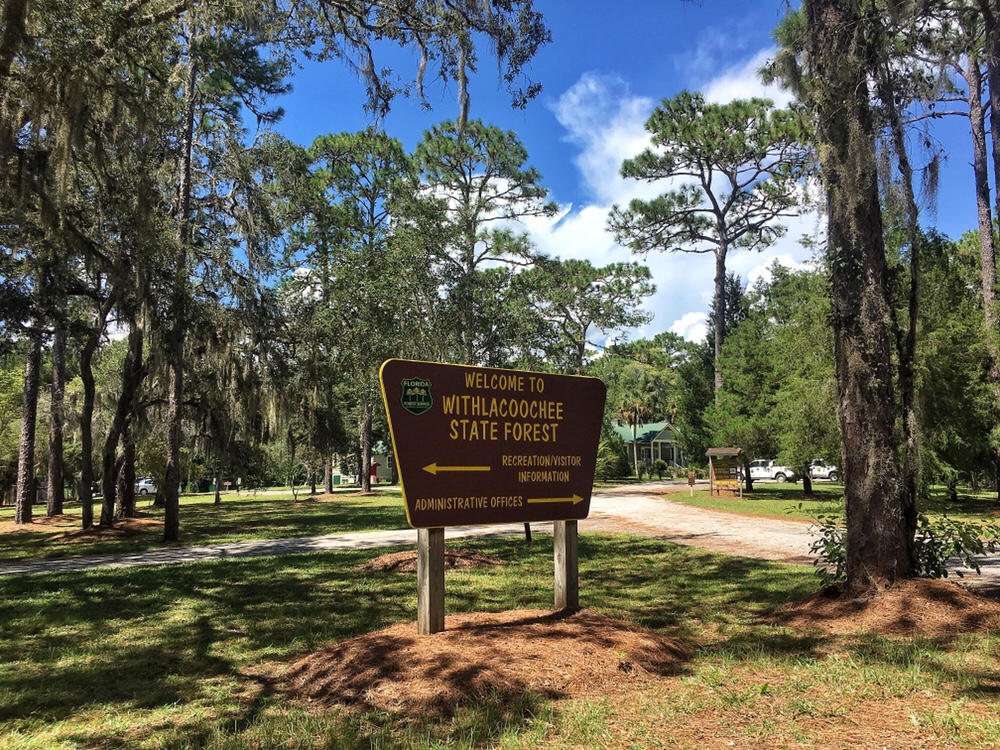 What made this a memorable experience you ask? Well, it was almost my last*. I hope this blog post helps save lives.

First, if you’re going to go off-roading in Florida, be sure you are in the appropriate off-roading vehicle. A Dodge Charger is not one of those.

Second, if you are going to explore the unknown, make it known beforehand, i.e. Google the thing you are seeking to ensure it is worth the trip.

The day started out great. The goal was to find the caves in this Florida Forest which aren’t on the map so we Googled them. 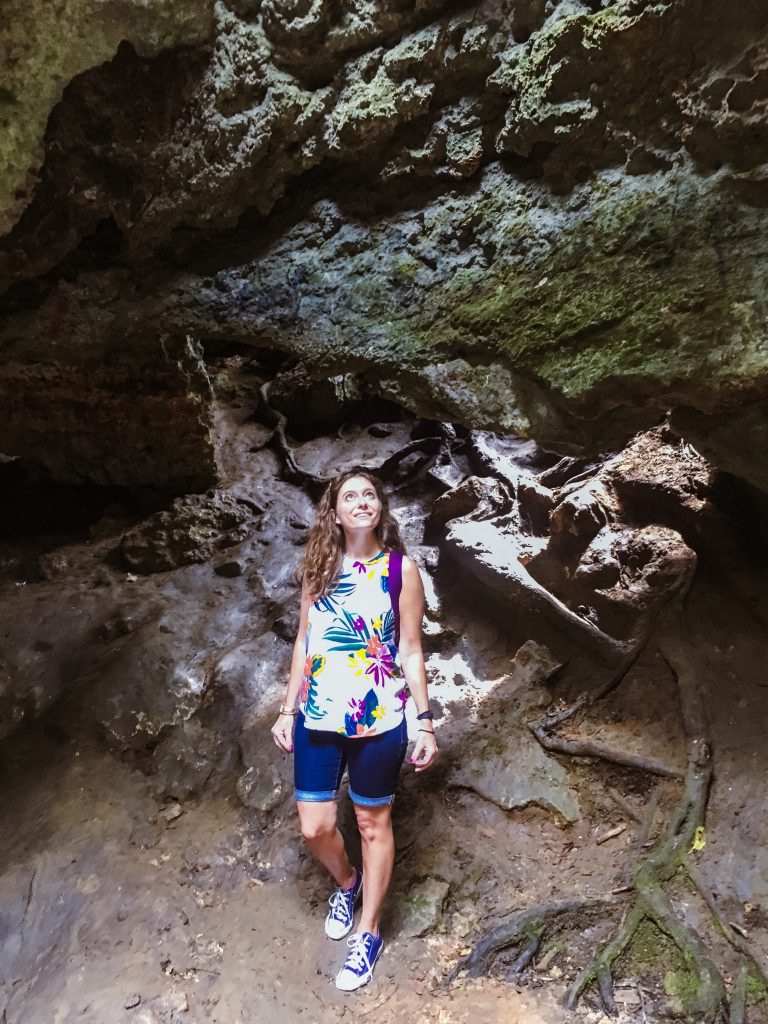 The first path the map led us down was a very bumpy dirt road. Luckily we had the sense to stop and figure out another way because clearly, the car wasn’t going to make it through the mud. Dames Cave isn’t on a road so you will have to park in an ‘unoffical’ area and walk about a mile into the forest.

It wasn’t bad except for the humidity and dark clouds looming above. 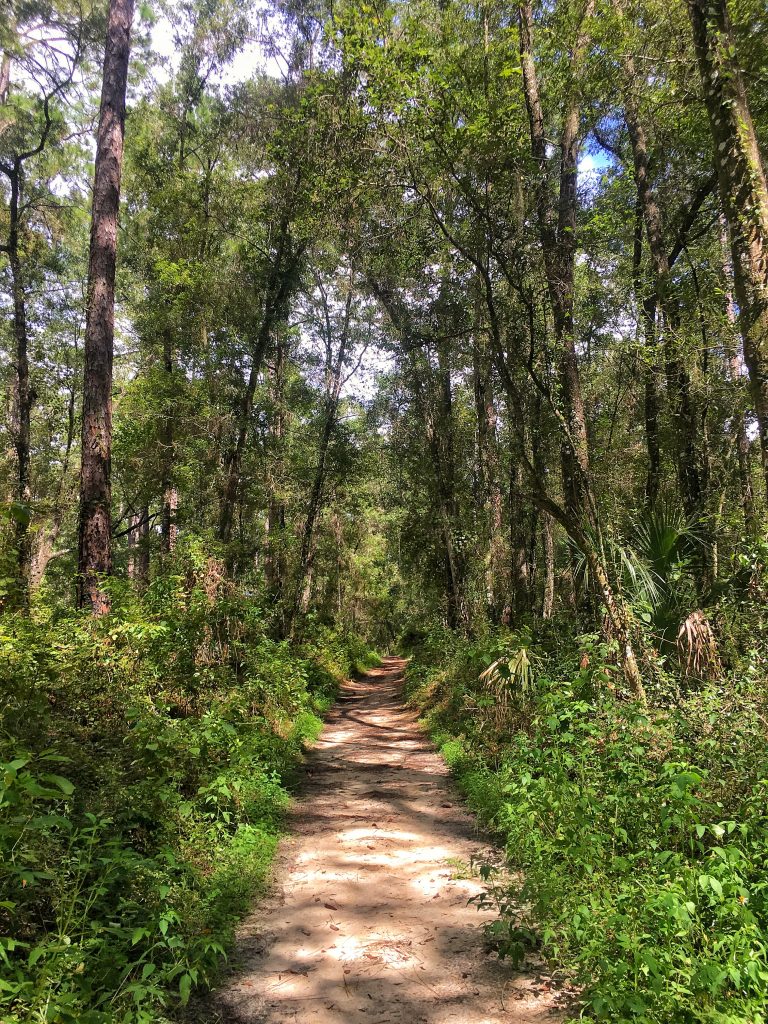 But we made it! I don’t know if I would actually classify these as caves, they were more like sinkholes but still cool. 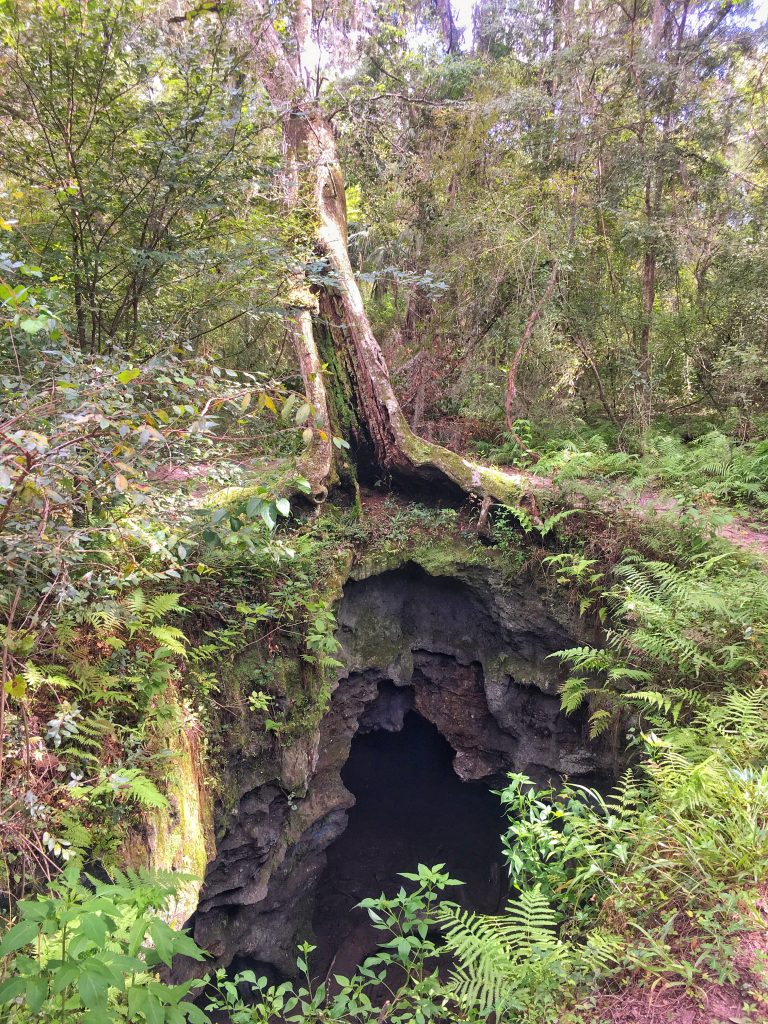 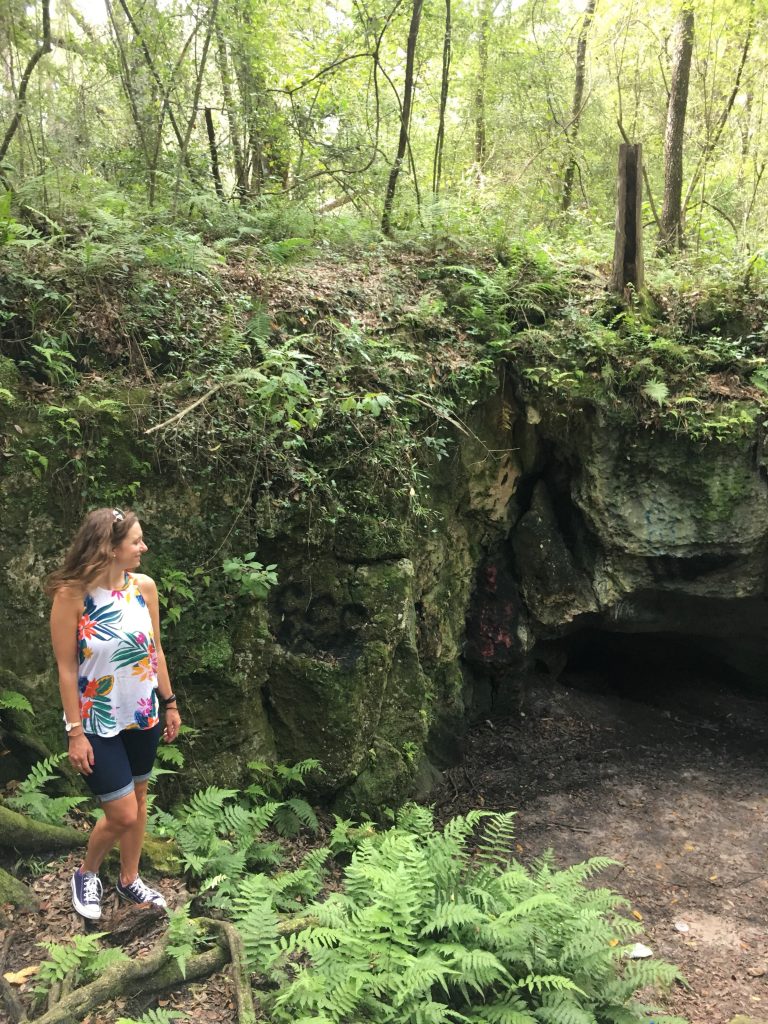 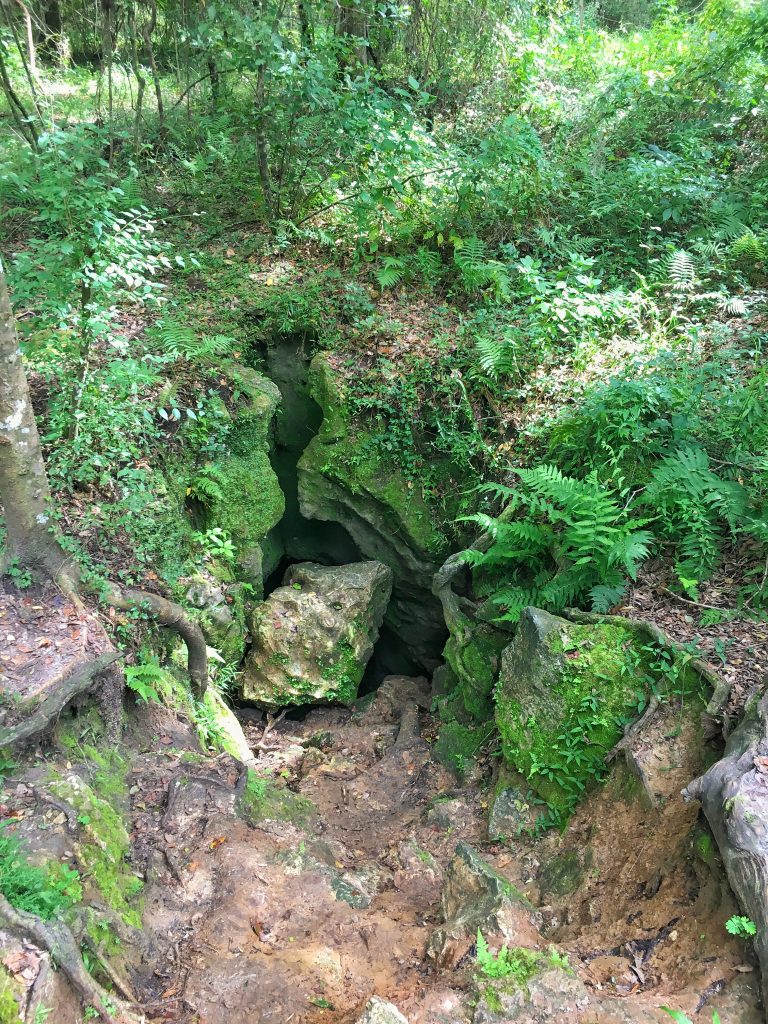 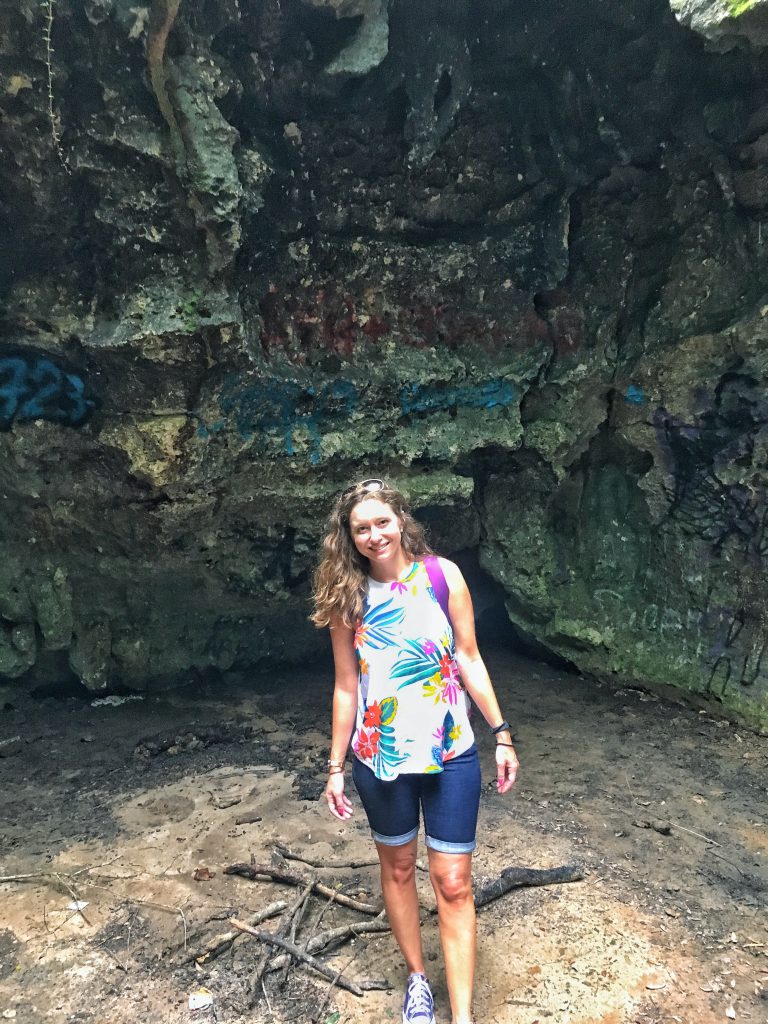 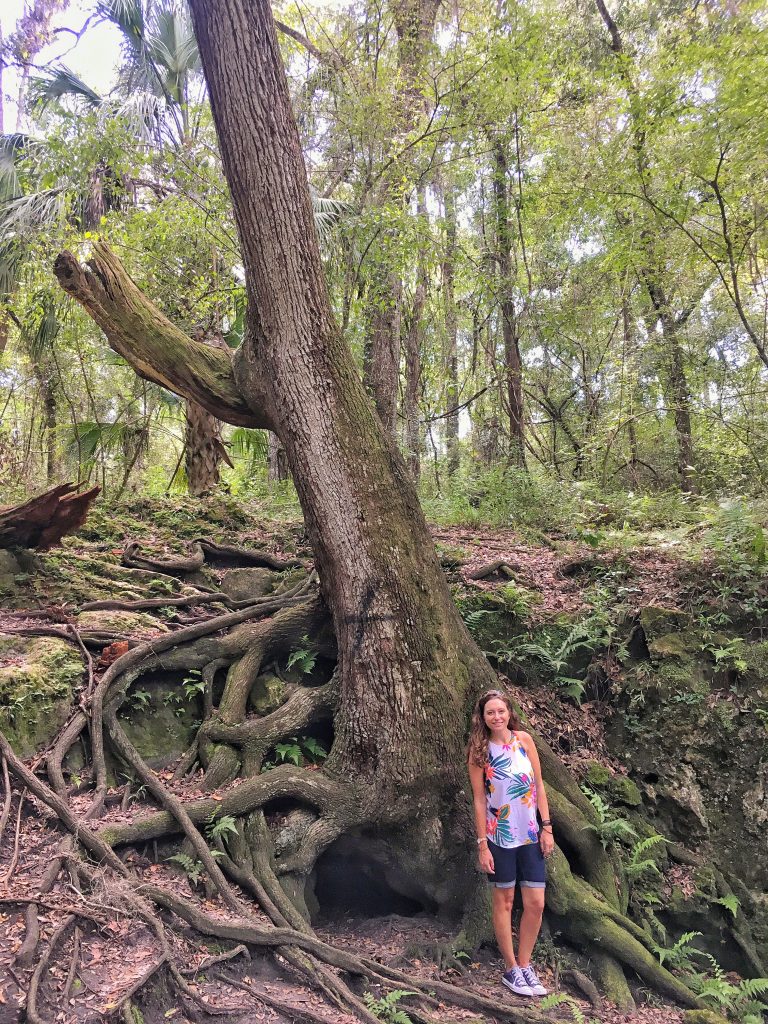 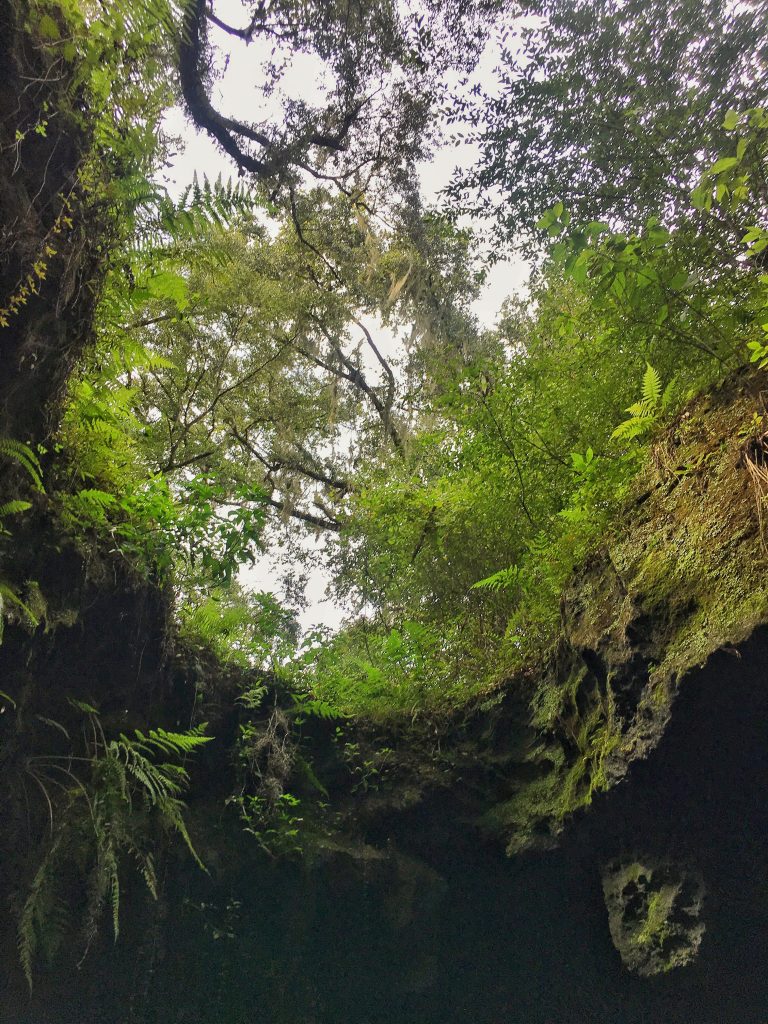 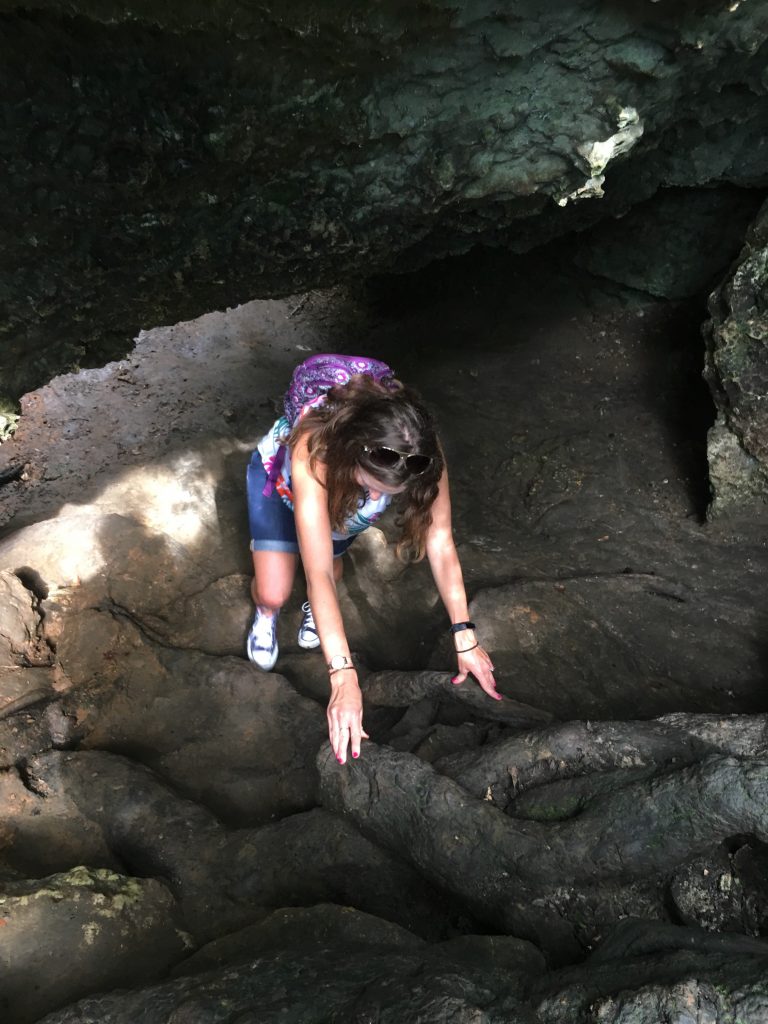 The next stop was actually on the park map—Iron Bridge. This is where the trouble begins. Despite the Iron Bridge being on the map, it was quite difficult to decipher where it was exactly. 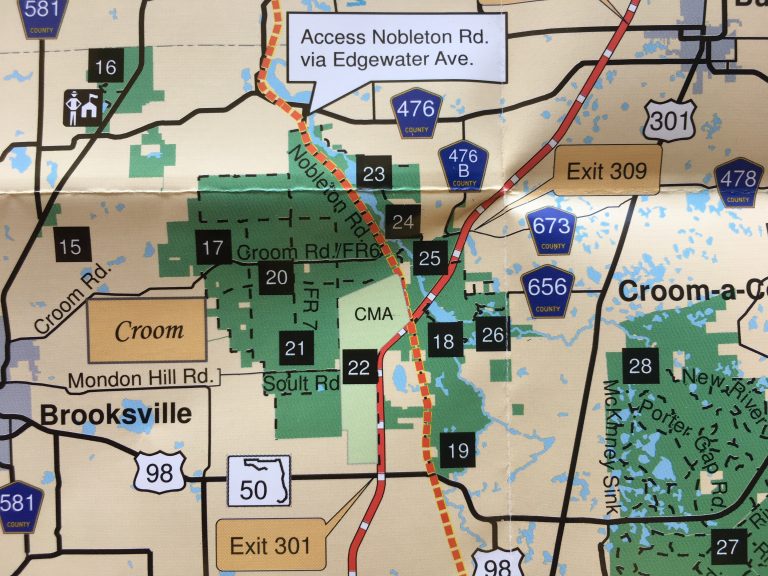 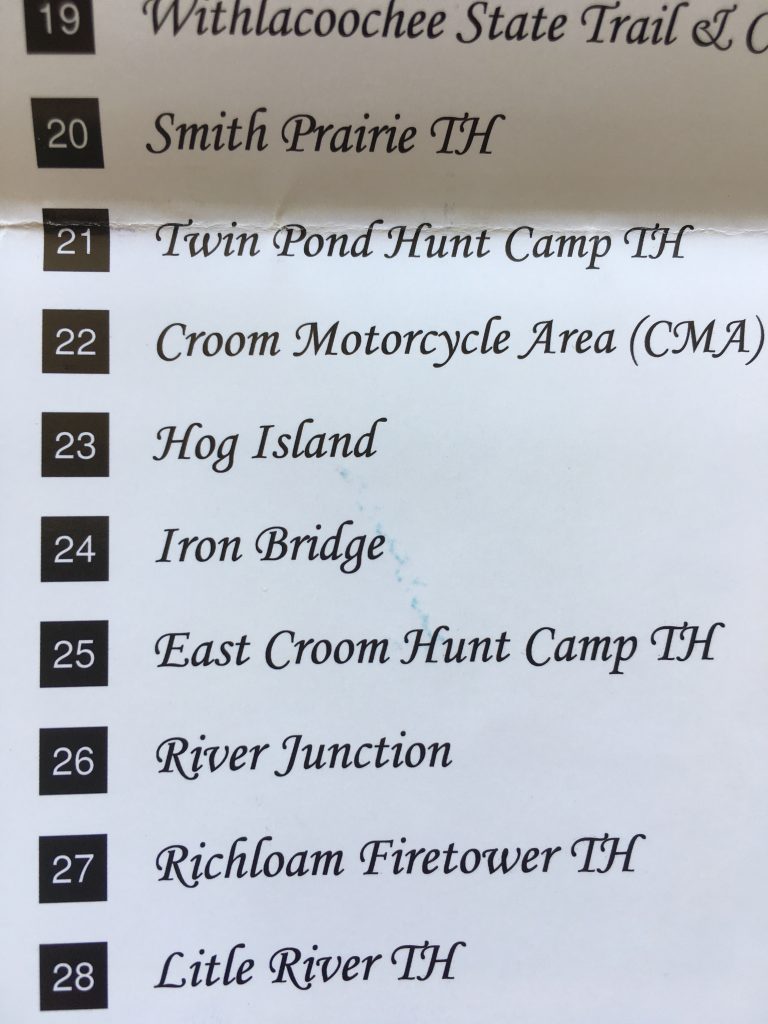 We knew we needed to be near the Withlacoochee River but finding the exact location of the bridge became quite challenging. Unlike Dames Cave we couldn’t input Iron Bridge into Google Maps; it’s as if it didn’t actually exist. We drove through a pretty rural area until we ended up on yet another dirt road. This one appeared somewhat maintained, but that’s where we were mistaken. We hit a huge pothole and the car swerved off the road. I was holding onto the passenger door and cupholders for dear life. The car bounced up and down for what felt like an eternity. Man, I wish I would have had my Go-Pro recording at this moment; I’d love to see our faces. Once the car finally came to a stop my husband and I just sat there in silence until we looked at each other and let out a nervous laugh then in unison said, “This bridge better be worth it.” We kept on driving and finally found a sign for Iron Bridge. 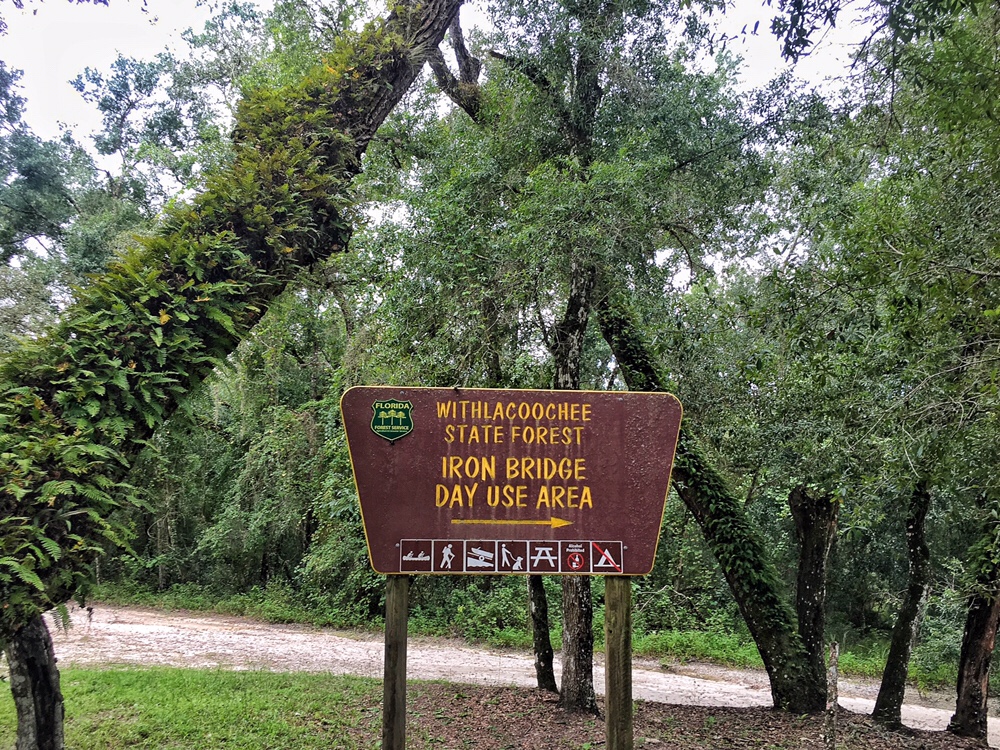 We pulled in but didn’t see any bridge so we made a U-Turn only to notice we were once again driving away from the river. We pulled back in and got out of the car but there was no bridge in sight. The scenery was nice, but there was NO bridge. 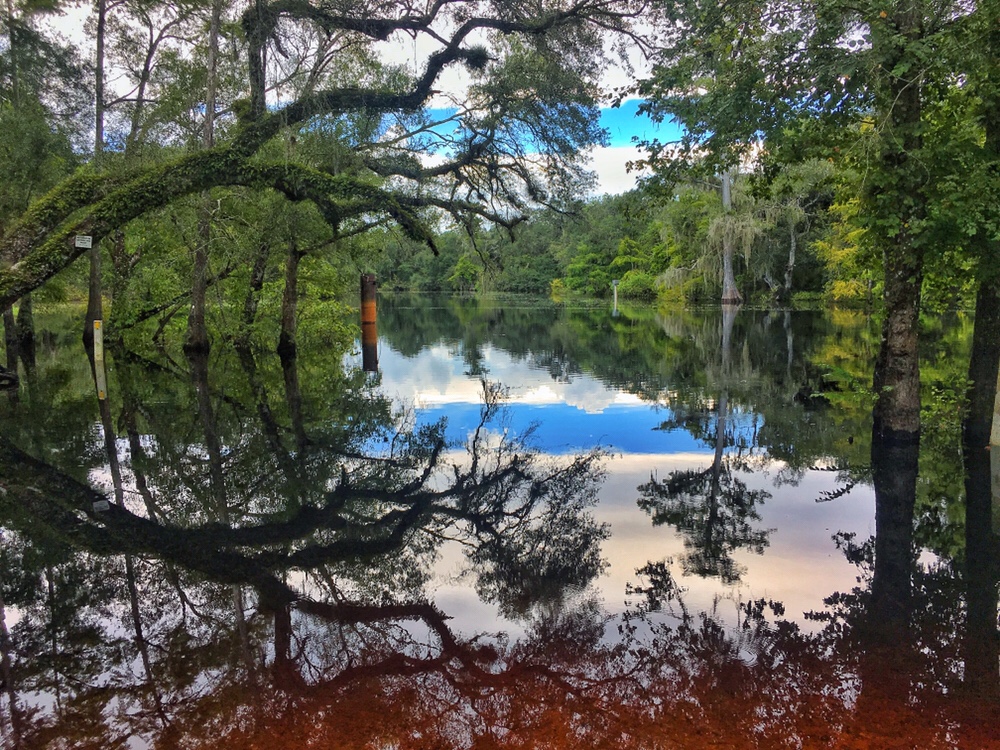 Once I finally got a cell signal again I googled the bridge only to notice it was UNDERWATER and not even a bridge but just old pilings. 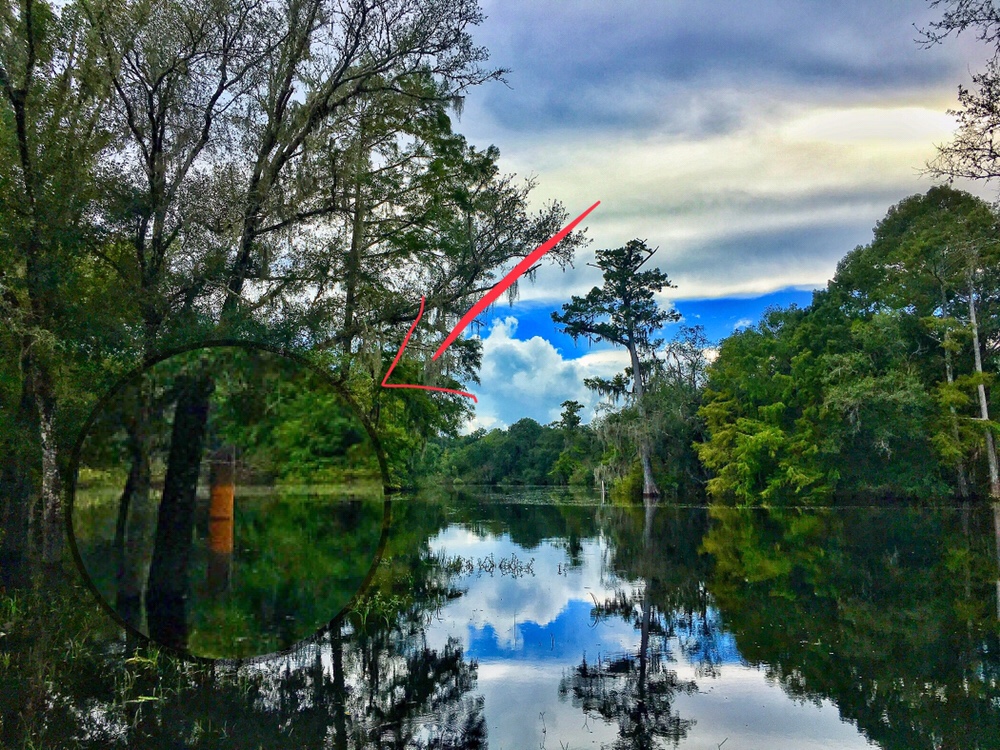 We got back in the car, front bumper hanging down, and sadly made our way out of Withlacoochee Forest. 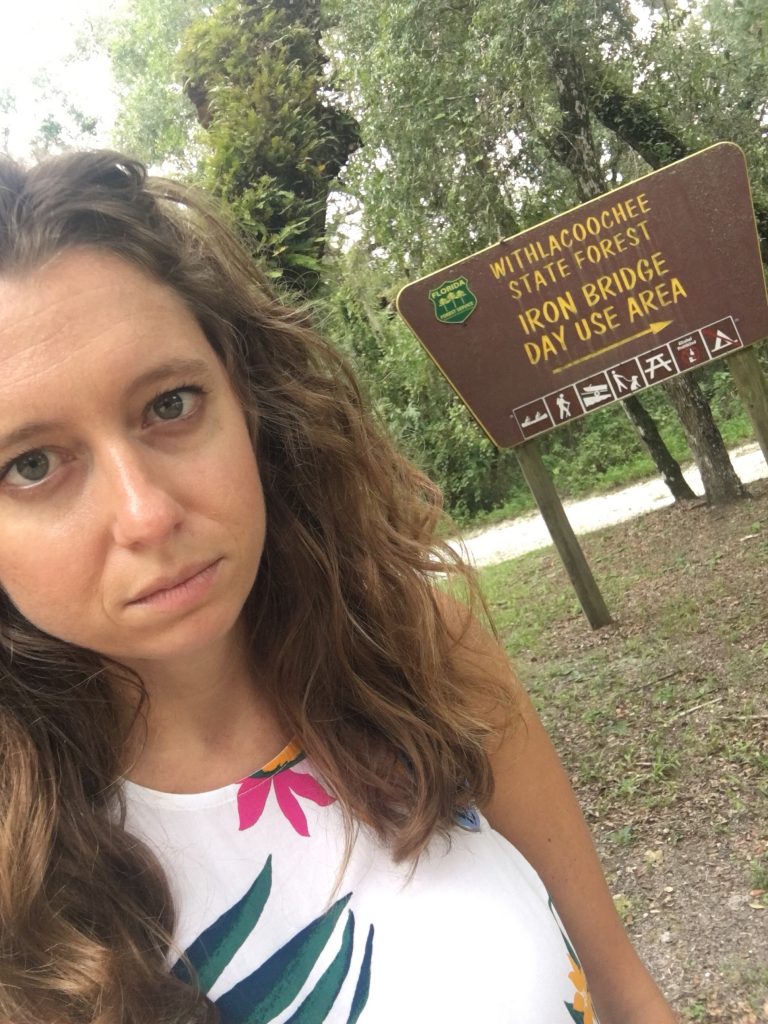 *Disclaminer: No lives were actually in danger during this outing, I’m just being overly dramatic for storytelling purposes. 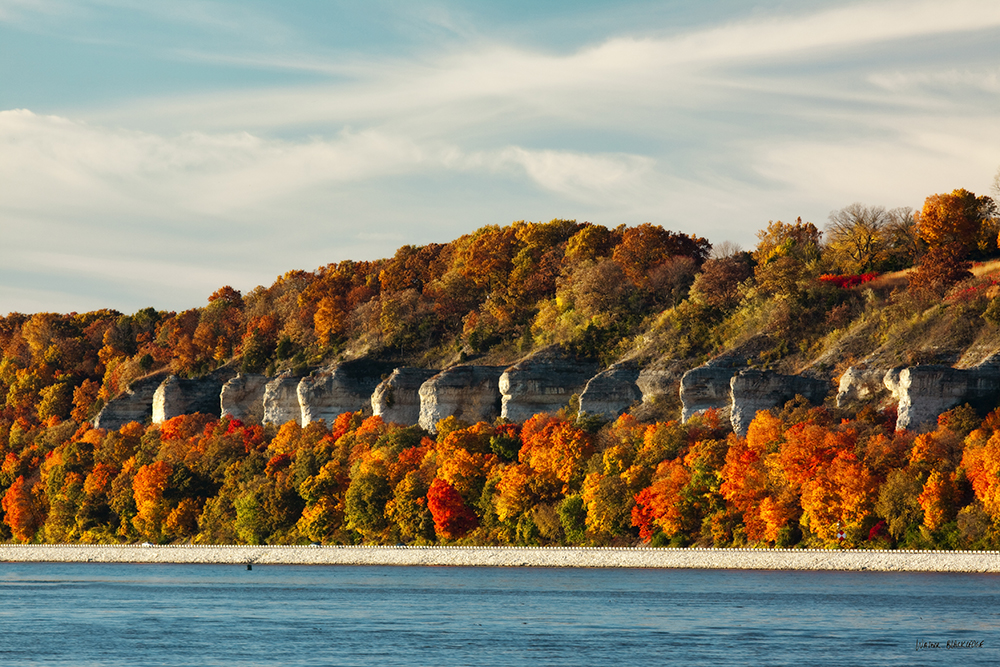 My Fall Adventure to Alton, Illinois 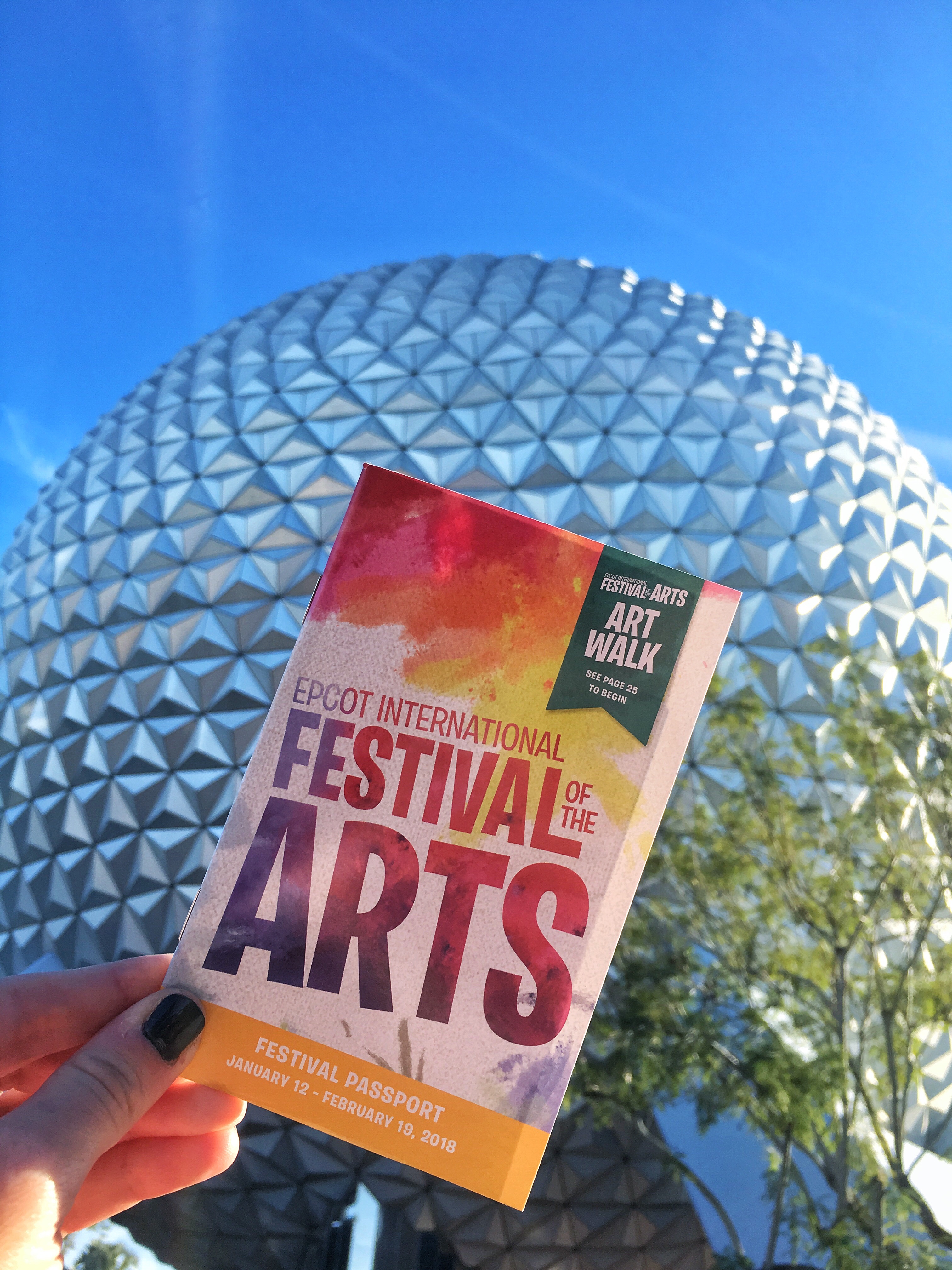 Favorites at Epcot's Festival of the Arts