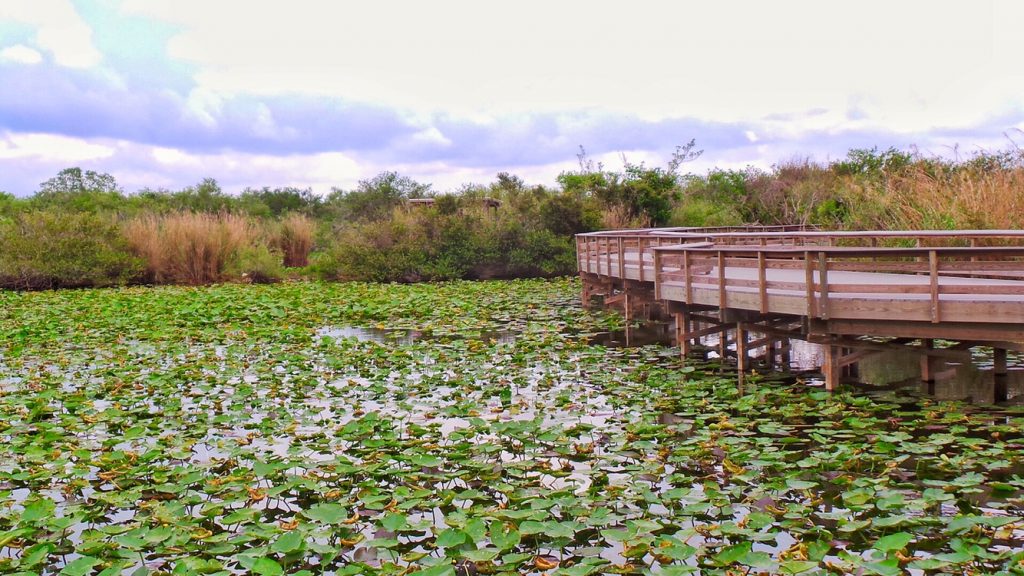 The Everglades, a marshy wonderland unlike any other ecosystem in the world. There truly is only one Everglades.

Here is the largest subtropical wilderness in the United States and home to a wide variety of species. It was designated a National Park in 1947 and efforts continue each and every day to save and protect this unique and wild landscape in South Florida. 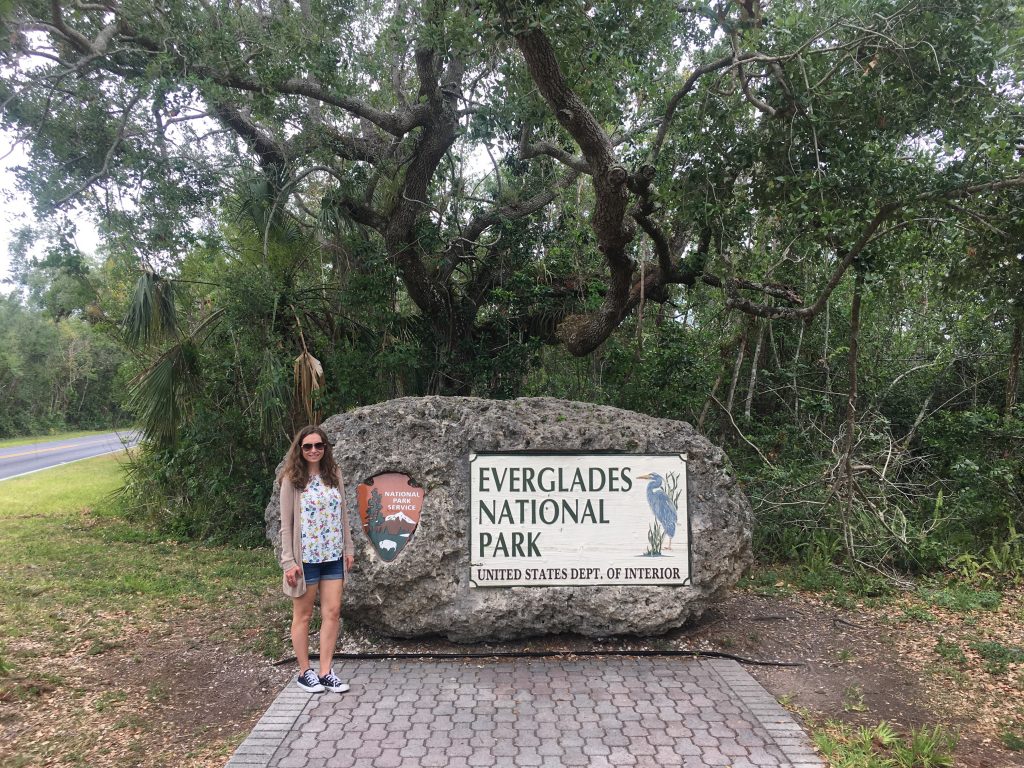 Pack up the sunscreen, binoculars, bug spray, and camera and let me take you on a journey through the Florida Everglades. I began at the Ernest F. Coe Visitor Center and took the Main Park Road down to Flamingo. This scenic 38-mile drive has several stops along the way, all with interesting things to see, such as:

The Anhinga Trail was the first stop. Named after the birds who nest in the mangroves, this trail is great for spotting all kinds of wildlife. 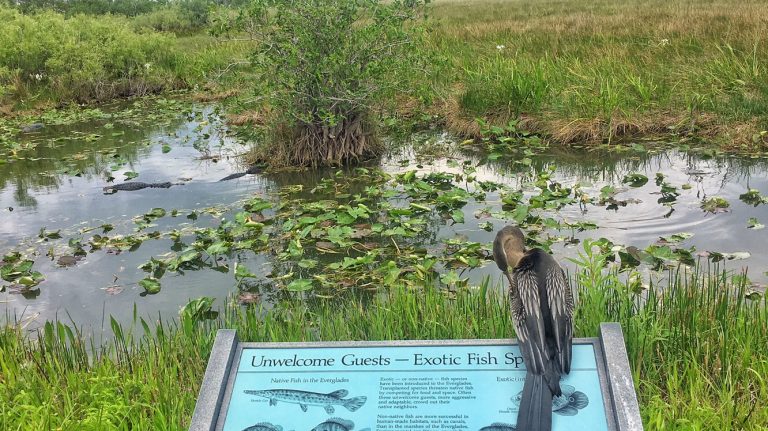 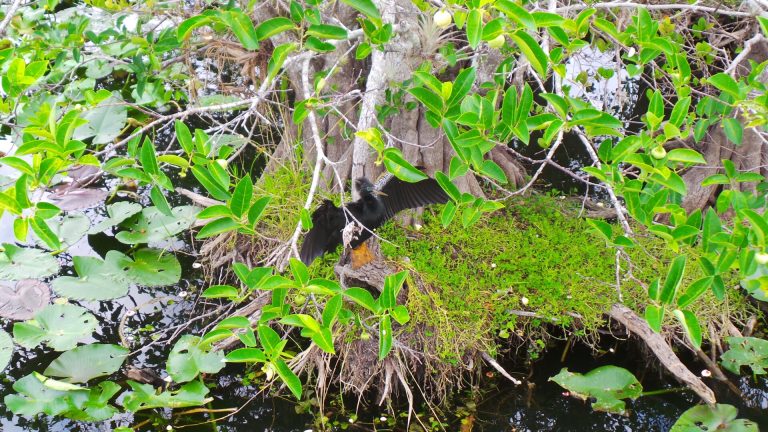 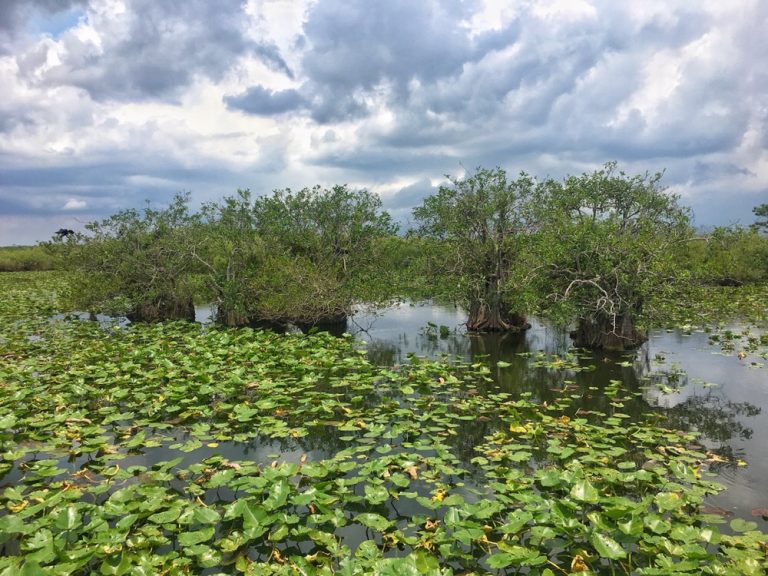 Yes, most bodies of water in Florida are home to the American Alligators, but I’ve never experienced anything like this before. More than 30 alligators lay on the surface of the water sunning themselves. From my previous encounters, gators tend to be somewhat lazy and don’t move around too much, but these guys were quite active even showing off their infamous bellow sounds. It was mating season, so you can only imagine the things I saw. 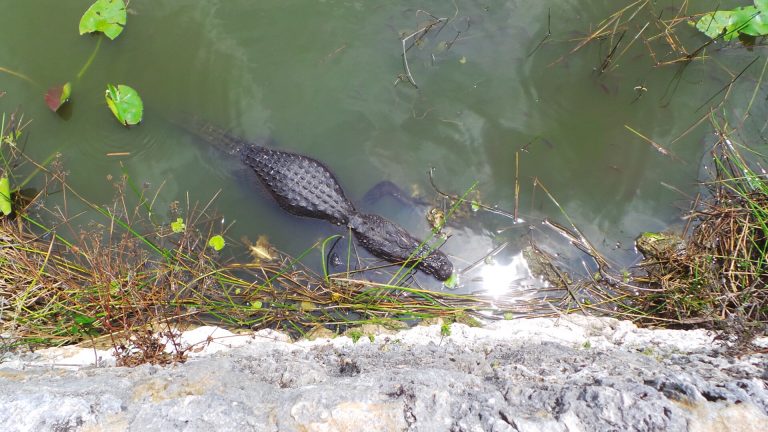 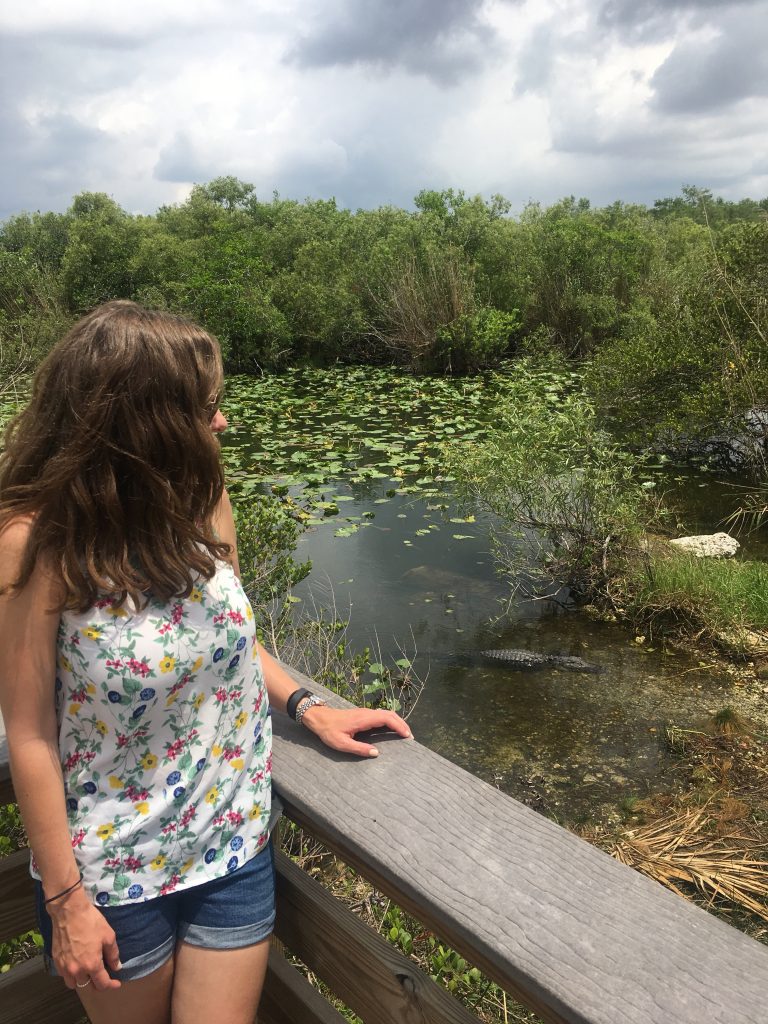 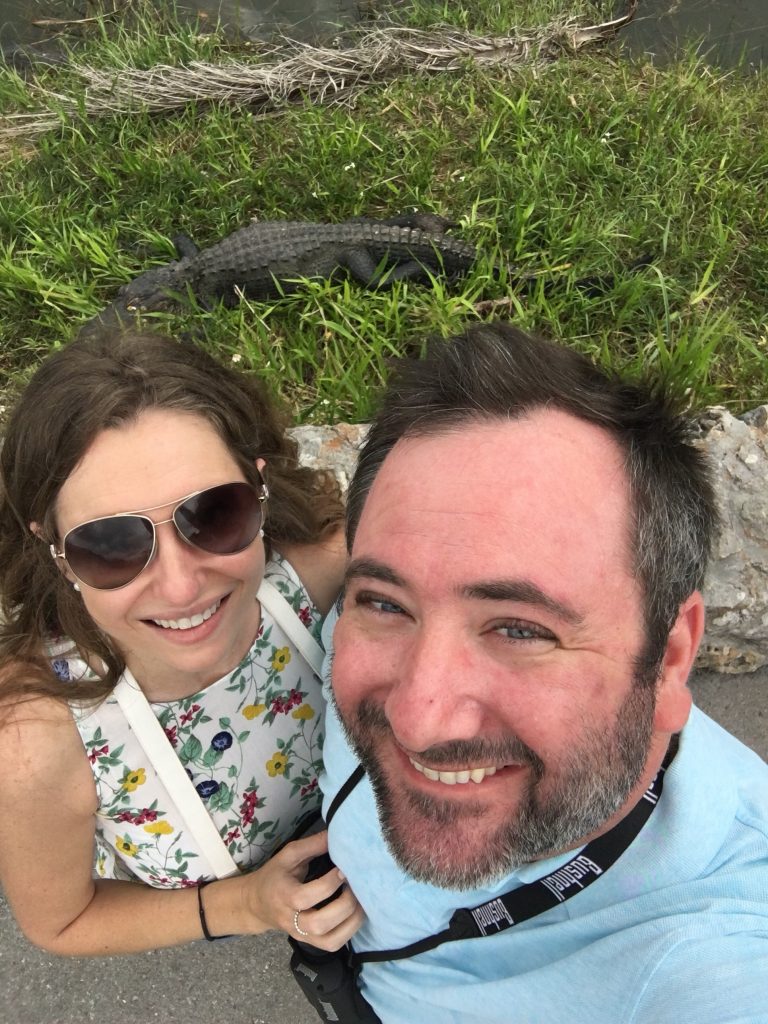 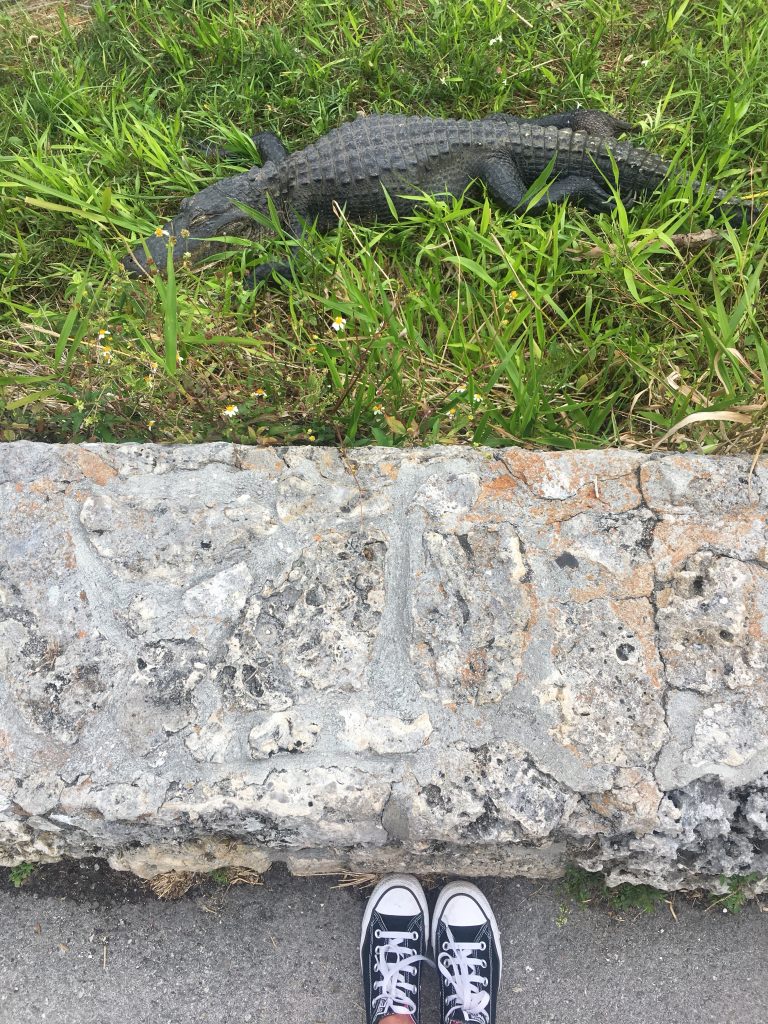 I have a feeling we’re not in the swamp anymore. The Pinelands Trail was much quieter than Anhinga Trail but no less beautiful. 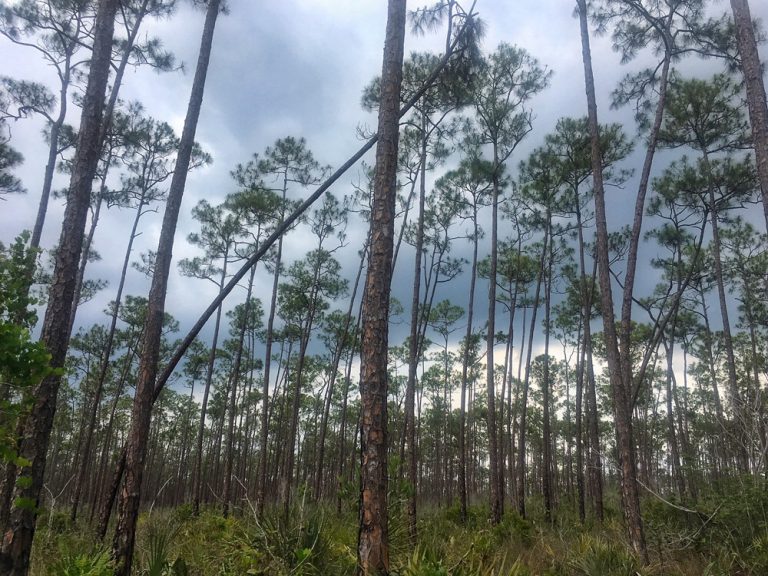 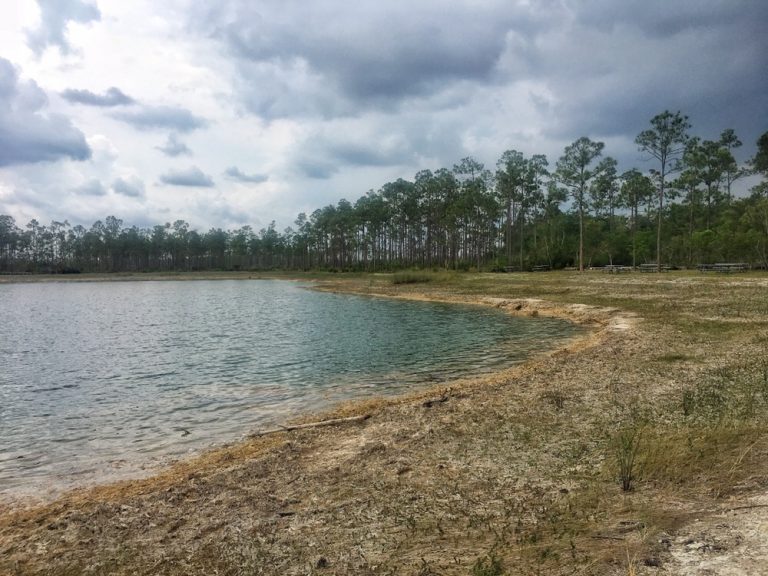 It was on the Pinelands Trail that I experienced my first Everglades thunderstorm. The life of the Everglades is dependent on water, and during the warm months you are sure to run into a rainstorm or two but don’t worry they don’t tend to last too long. Let’s be real; it’s not a Florida without a 10-minute thunderstorm popping up out of nowhere. 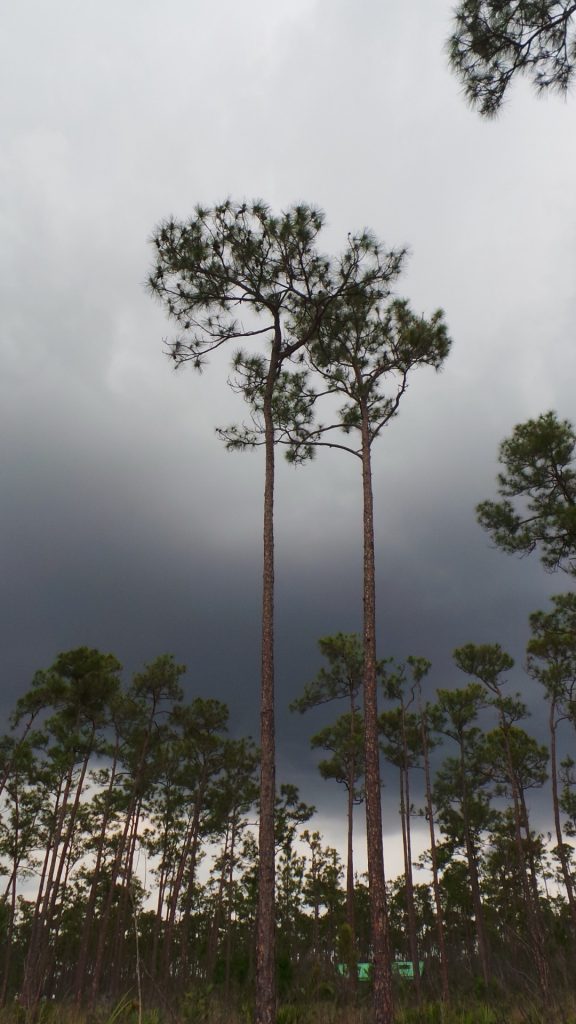 For hundreds of years, the Everglades was a mysterious place. Native Americans and early explorers trekked through these lands with nothing ahead of them or behind them but marsh and sawgrass. 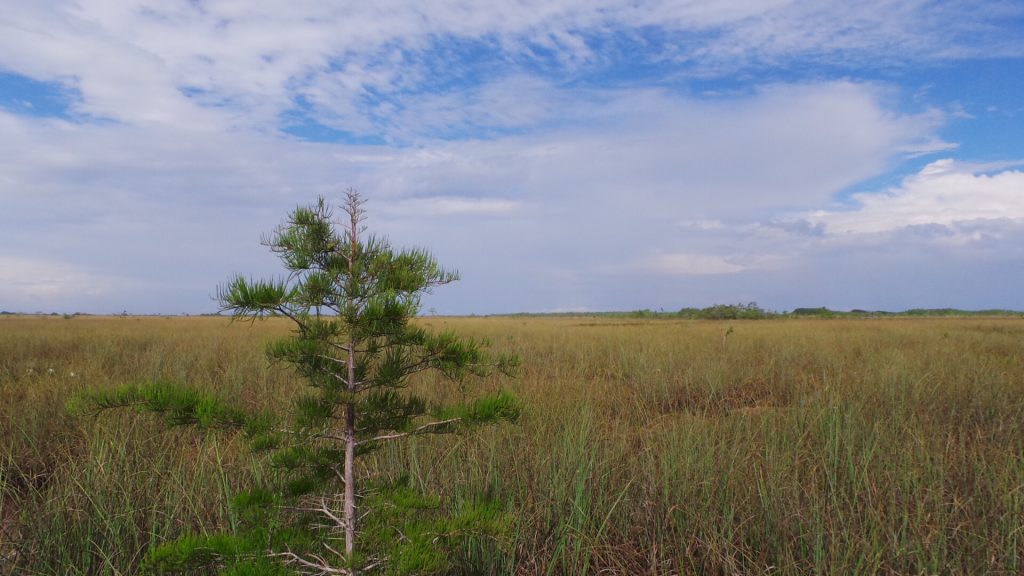 The Everglades is the only place on earth where crocodiles and alligators co-exist. No wonder crocodiles have such a bad rap; this guy stalked us our entire walk around the marina. Pretty sure this is also the only place where manatees and crocodiles co-exist (manatee not pictured). 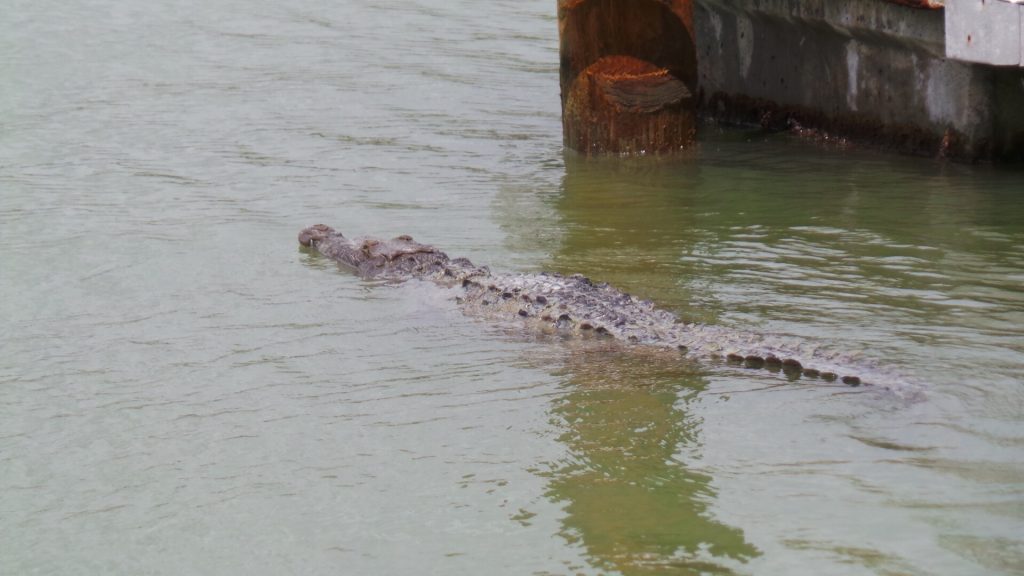 Is it just me or does it look like he is coming right for me? Just moments before my photo this giant bird flew into his massive nest with a pretty large fish. Dinner is served. 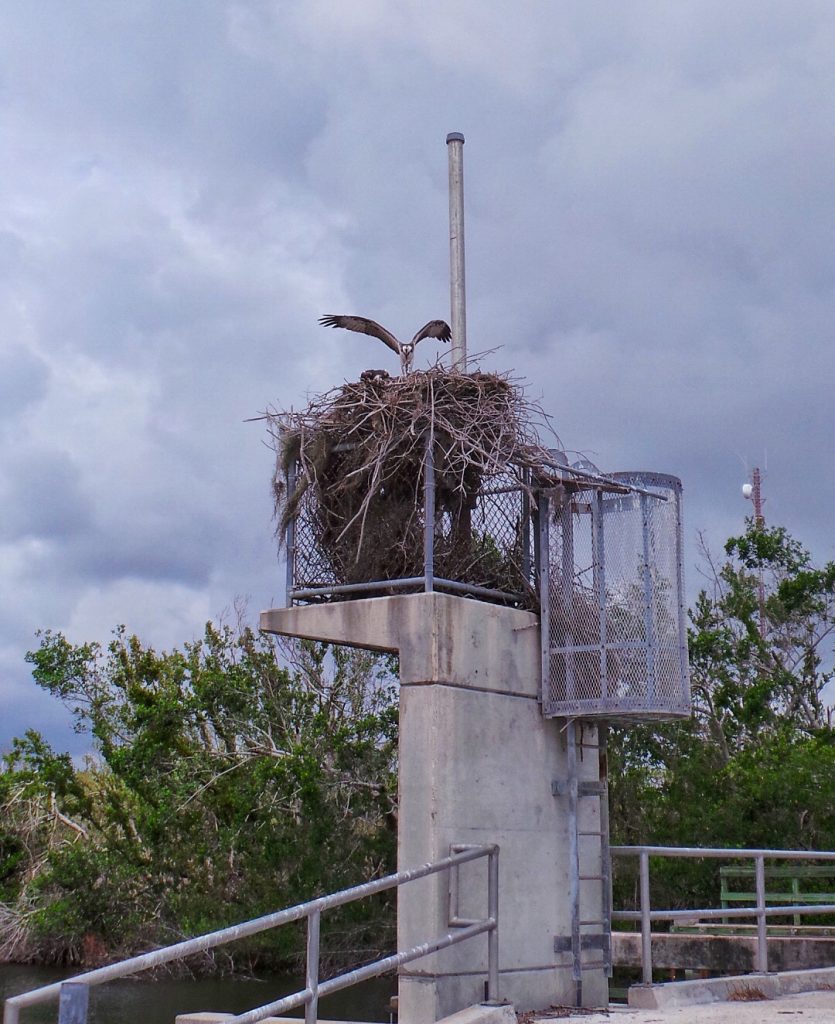 Probably one of the coolest things I saw in the Everglades since I have never seen an owl in the wild, let alone two. Plus, these animals are nocturnal and are not generally awake during the day. 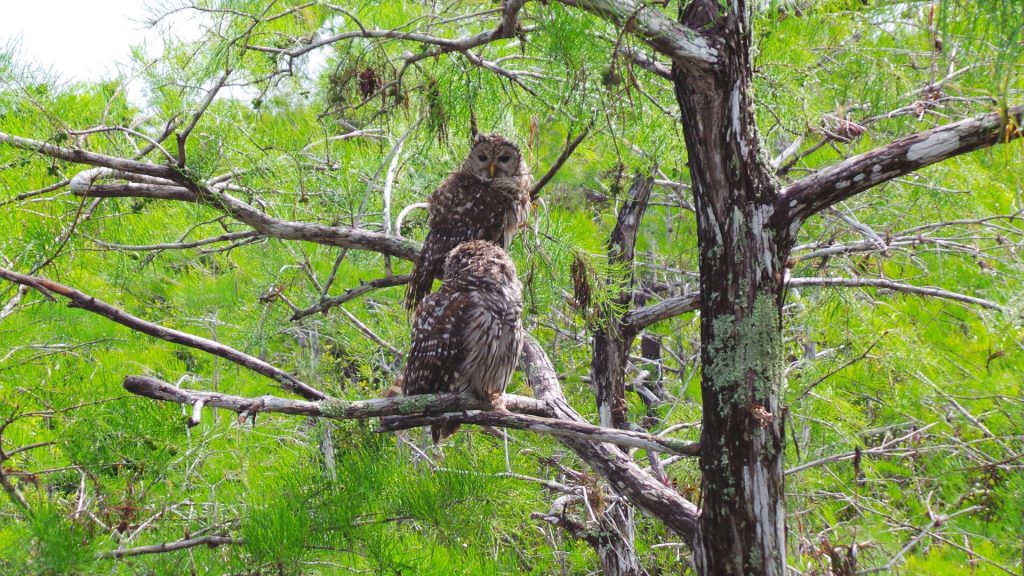 And finally, the BEST tasting fruit in the world, according to Robert – this one is technically outside of the Everglades, but it was an interesting stop. 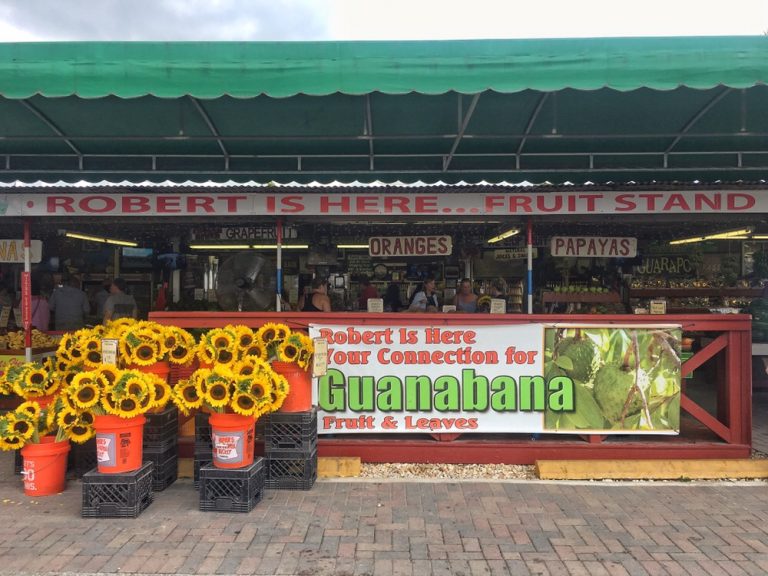 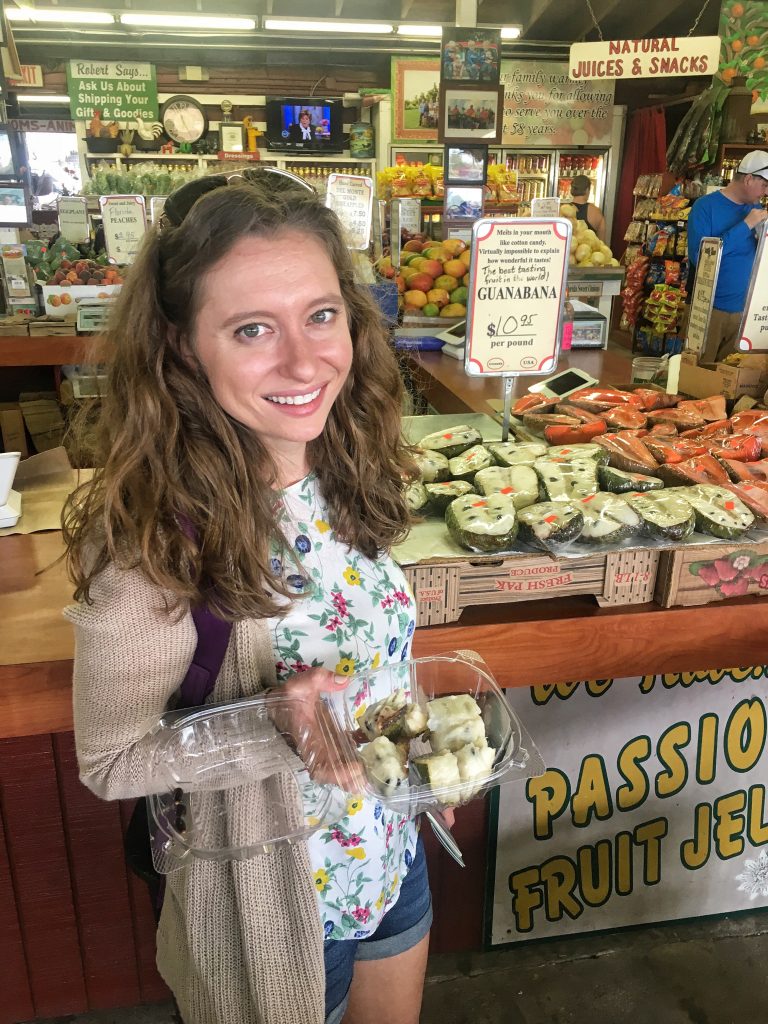 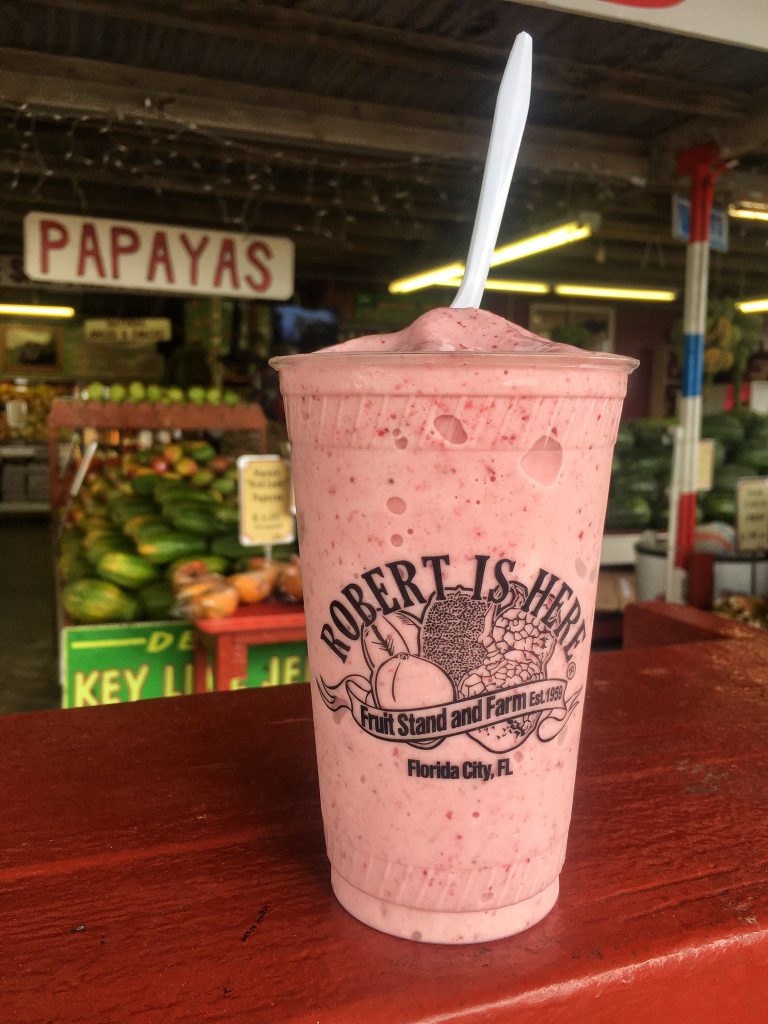 The Florida Everglades is so vast it’s impossible to see it all in one day, so I plan on going back soon to explore the other areas and maybe even get in the water–on a kayak or canoe. Definitely not swimming here.

Have you been to the Florida Everglades?

Hats off to Paris, Texas!